As we arrived at the Antipodes Islands on the HMNZS Wellington on the morning of the 20th February, three Subantarctic pipit landed on the deck of the vessel. This was exciting to see, and the team looked forward to getting ashore and starting the result monitoring for the mouse eradication and the outcome monitoring to determine any changes in avian and invertebrate diversity and numbers. 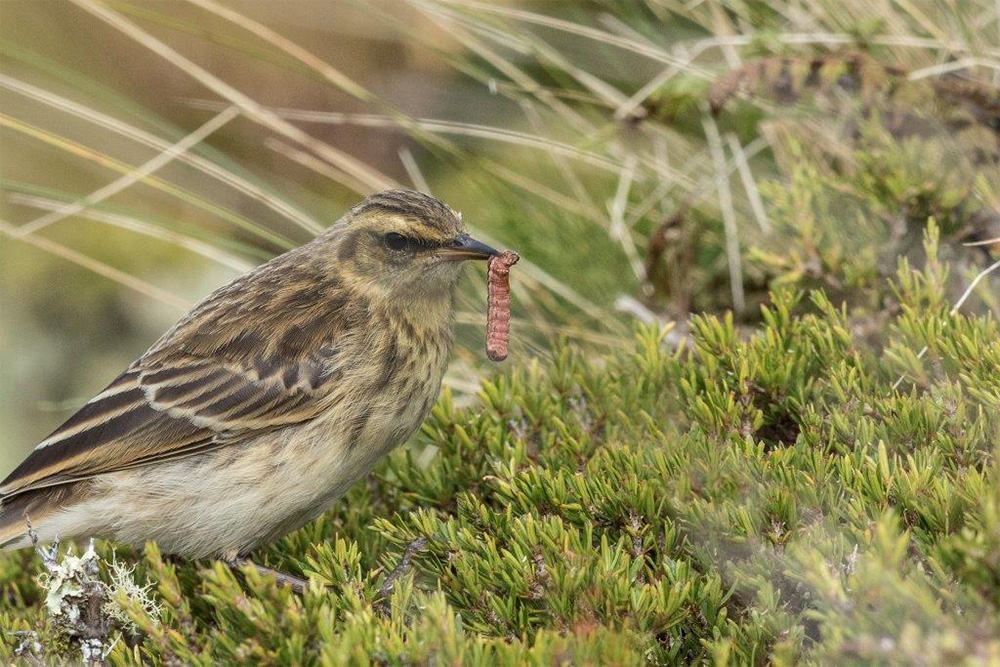 Monitoring of the four endemic/native terrestrial bird species has been done using two methods. Antipodes parakeet, Reischek’s parakeet and pipit (Antipodes subspecies) is monitored using distance sampling methodology. This entails slowly walking a transect, counting and measuring the distance from transect line using Range Finder. The transects are throughout the island in a variety of habitats from rocky coastline to high tussock lands on Mt Galloway. The cryptic and elusive Snipe (Antipodes subspecies) are being monitored using encounter rate methodology throughout the island by all members of the field team. It has been particularly exciting to see small fluffy snipe chick scuttling off through the ferns and megaherbs on our walks. 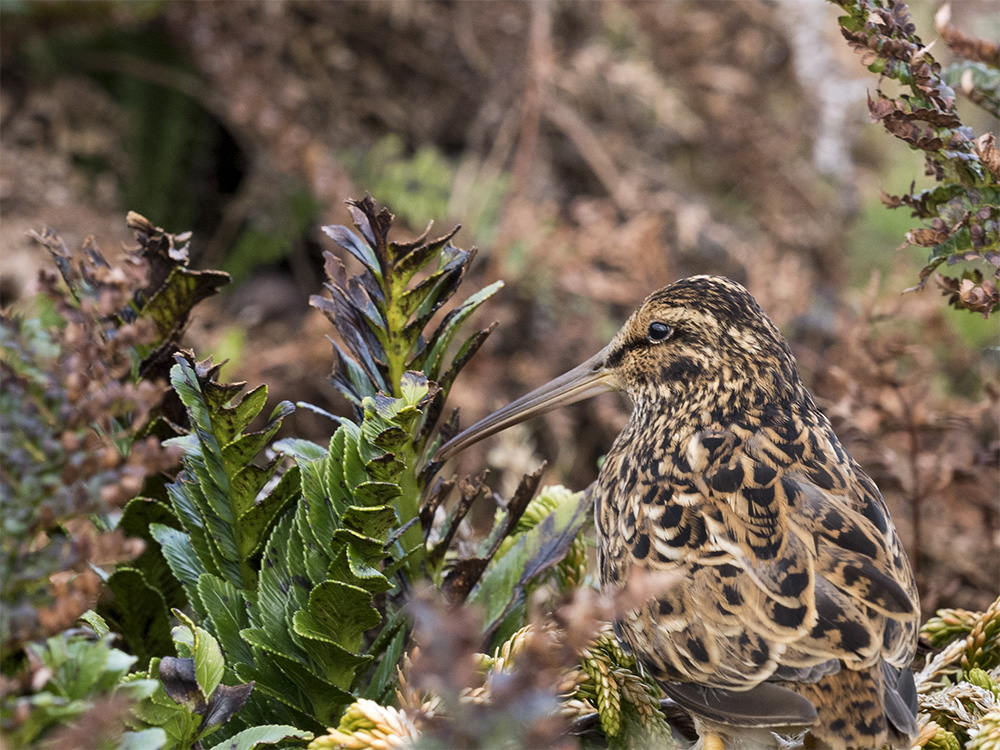 Entomologist Theo Van Noort has been monitoring invertebrates through pitfall trapping, hand collection and leaf litter sampling. And research technician Hayley Ricardo from Manaaki Whenua – Landcare Research has been trapping moths as part of the Ahi Pepe MothNet project. Data collected from both sets of invertebrate monitoring will be compared with results from monitoring conducted prior to baiting during the mouse eradication in winter 2016. 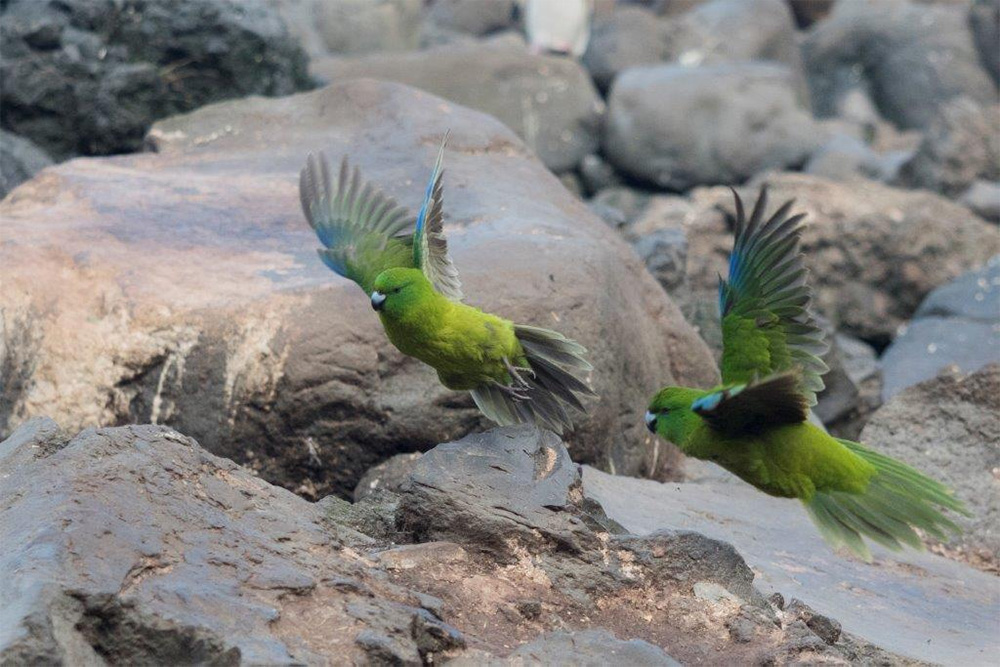 Previous studies comparing invertebrates on Antipodes Island and the pest-free islands of Bollons and Archway, 1.5 km to north, found significant impacts from mice on Antipodes (Russell, 2012; Marris, 2000). These impacts include two large beetle species, Loxomerus n. sp and Tormissus guanicola, being wiped out from Antipodes Island but they are still present on Bollons Island. A mysterious weta has also been seen on Bollons previously but has never been caught or described and has never been seen on Antipodes main island. Without mice and with time these species should recover and disperse and hopefully the mysterious weta will one day return. Anecdotally the monitoring team have noticed the large number of caterpillars on the vegetation and flies which land on you whenever you stop for lunch and provide a tasty snack for pipits. 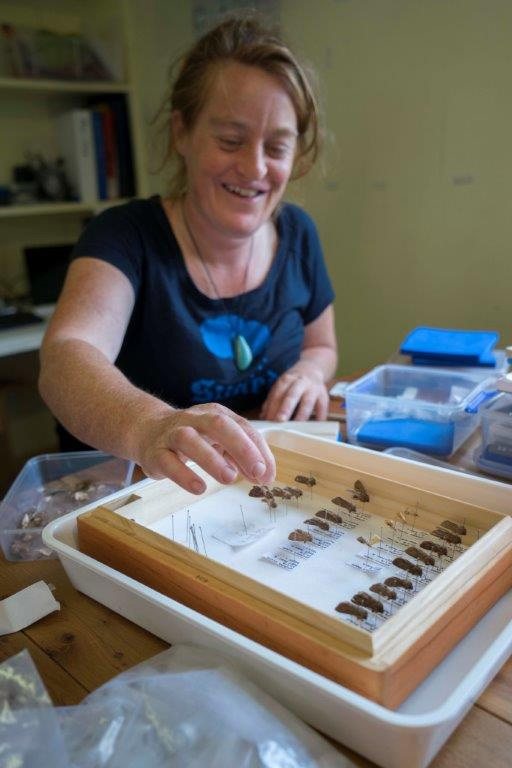 The outcome monitoring is an important way of assessing changes in diversity and density of native and endemic fauna on the island prior to and after the eradication attempt of mice on the Antipodes Islands. Who knows maybe a new invertebrate species might be discovered!