Our Cabritos Island Restoration Project story takes an interesting twist with a mystery of disappearing cows. We’ve followed Wes and his team of “flying dogs” to the island, and now it’s time to tune back into his story.

We’ve just passed the half-way point of our current adventure. Yimell Corona, one of our stellar team members, arrived to the island this morning and I’m stoked to get another skilled set of eyes out on the island. 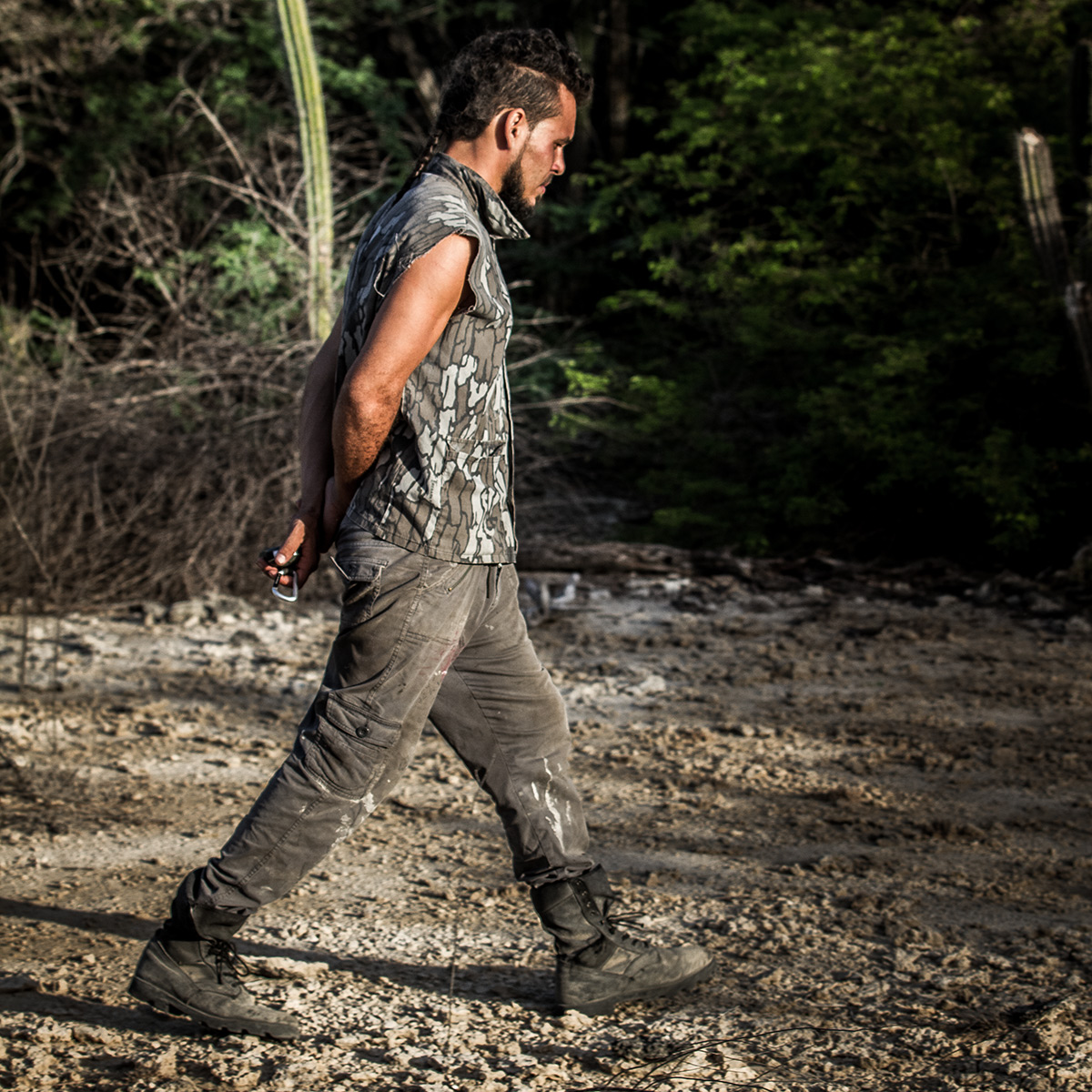 Yimell Corona searching for feral cat tracks on the south side of Cabritos Island.

One of the threats on Cabritos Island are invasive feral cows. Besides damaging the island’s natural ecosystem by overgrazing the flora around the island, the cows often trample the nests of the Endangered Rock Iguanas we’re trying to protect here. We had previously thought that removing cows from Cabritos was not feasible within the budgetary, capacity, and logistical constraints of our current project. However, it looks like we might have been wrong. 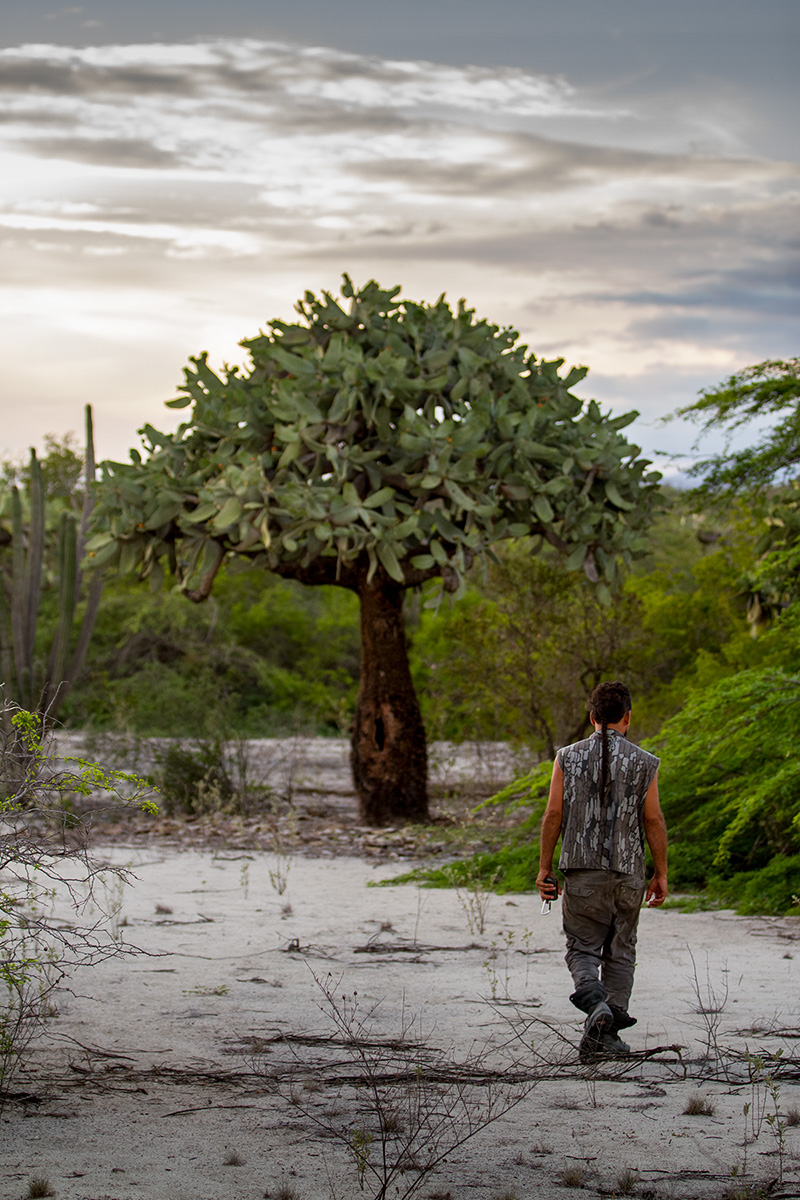 Large sandy areas are excellent for detecting tracks, but the open terrain makes it difficult to predict how invasive species will move.

It’s not clear what happened, but it seems the cow population decreased significantly without our help, and that the last individual may have been removed in August. It is possible that we overestimated the population in 2013, but that can’t explain everything. Other possibilities include some harvesting by locals or disease. We have found some cows that appear to have perished in the past couple years. My theory is that the cows may have been reliant on the dwindling population of invasive feral burros for water. 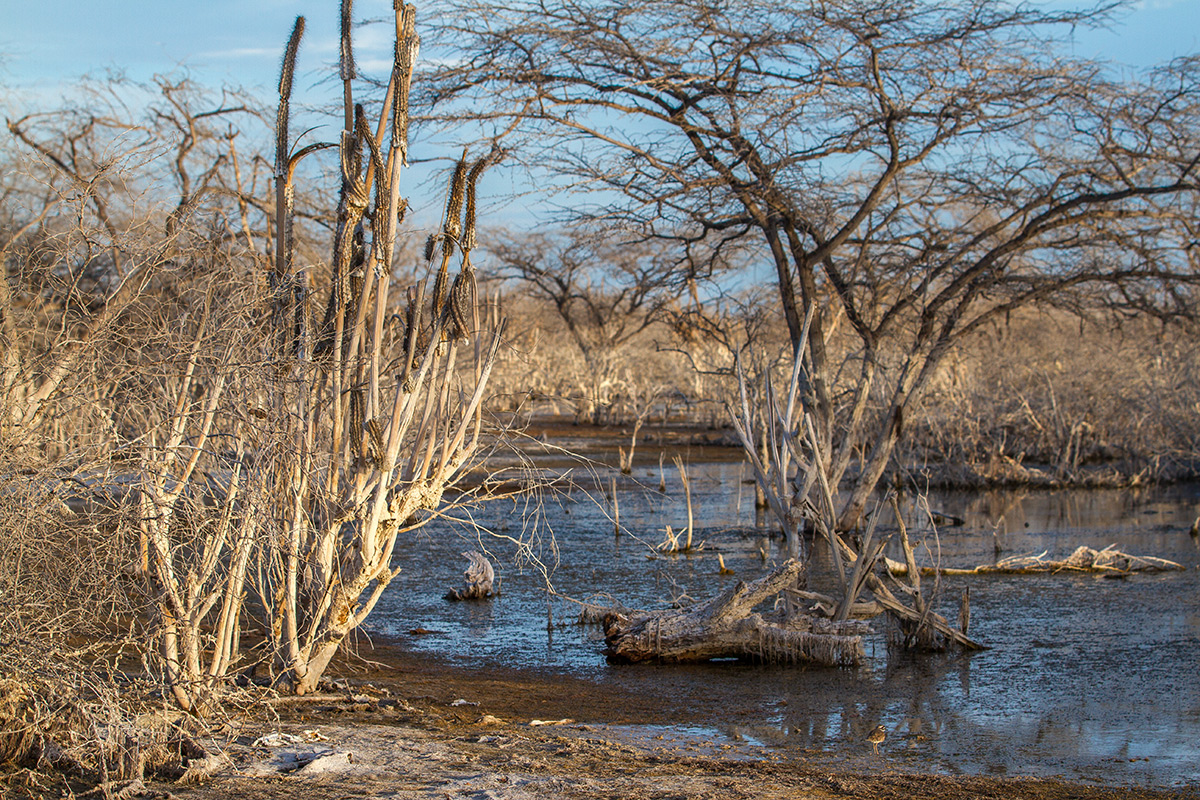 The band of white on this vegetation shows the level of the lake only 18 months ago.

The burros used to dig holes near the shore that filled with water that was cleaner and slightly less salty than the brackish water of Lake Enriquillo. As we’ve reduced the burros, we seem to have removed this behavior from the population’s knowledge pool back in 2013 (i.e. the animals left on island didn’t know how to do it). It’s possible (e.g. it’s my hair-brained theory) the cows relied on this water. The lack of holes may have led to a slow decline in the cow population, which really took a toll this year in the hot months. Also, the lake level is decreasing, which means the water is getting saltier. Whatever happened, we haven’t seen a sign of a cow since we’ve been here, and we are reminded what a dynamic and unique place this really is.  However, we have to do our due diligence before we can confirm the absence of cows. We will continue searches for signs of cows and maintain a network of camera traps to collect sufficient data to know for sure the status of the cow population. But, for now I’m happy to see that the impacts of this damaging invasive species has been greatly reduced, if not eliminated on Cabritos Island! 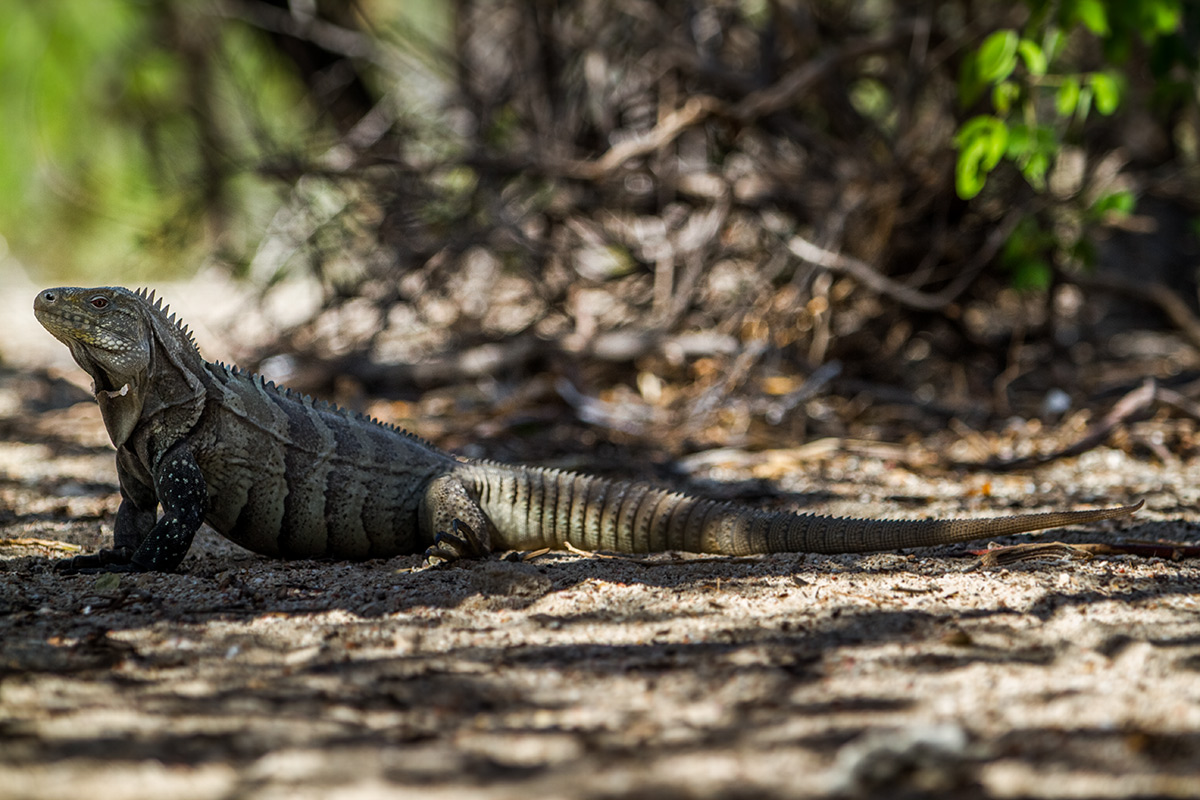 The front legs of this Ricord’s Iguana are particularly vibrant. It likely just shed its old skin.