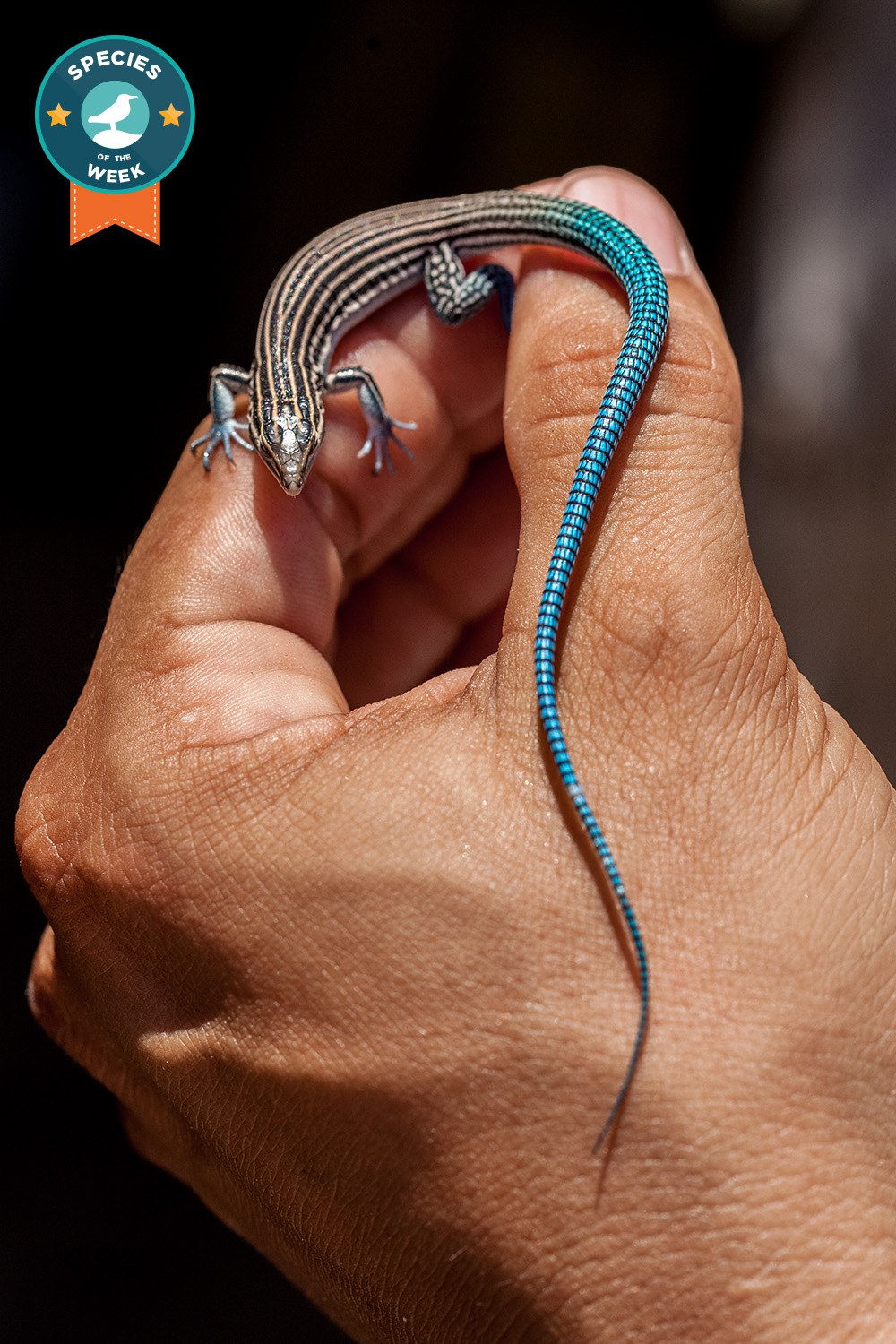 These lizards mostly camouflage with their habitat, but their bright blue tail is sure hard to miss! 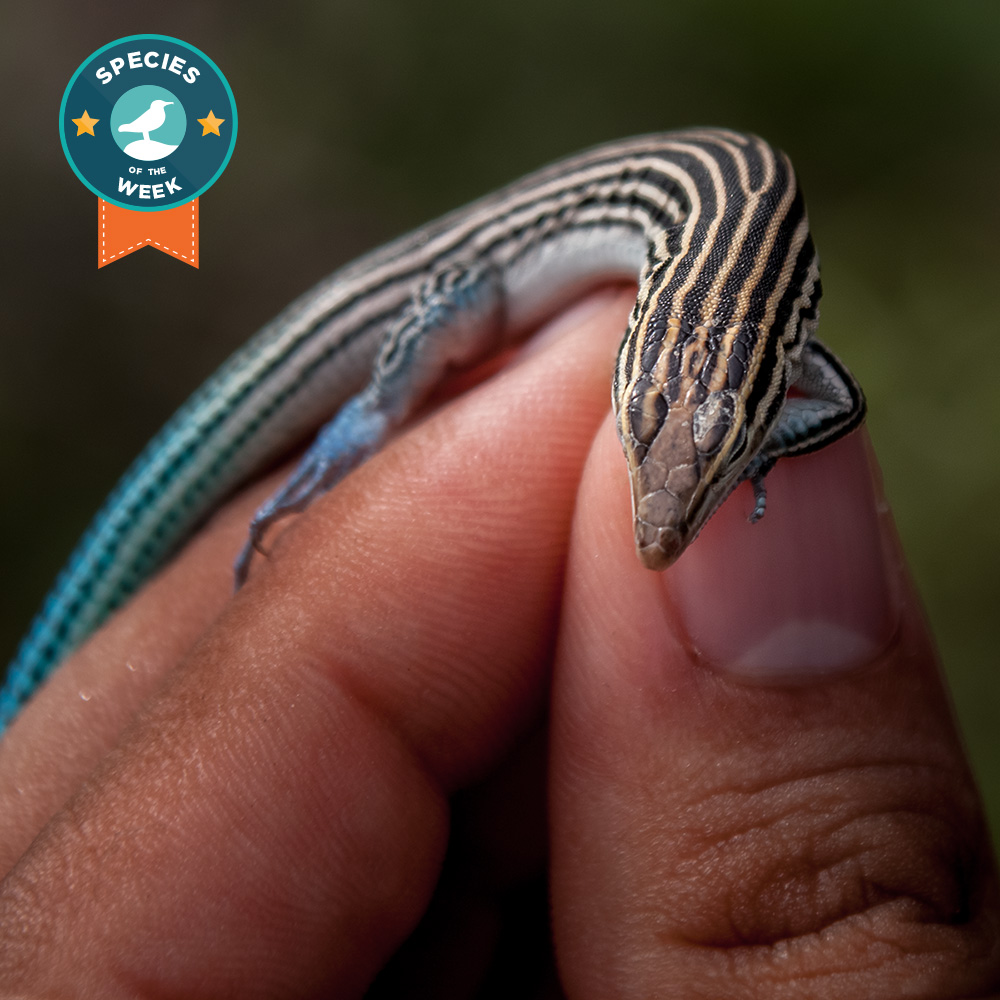 The principal threat to this species is loss of vegetation, due to invasive species and development.