The second-known land mammal to be a native of Hawaii has been identified. Sadly, it’s extinct.

In 1981, the remains of an unknown species were found in a lava tube on Maui. Researchers struggled for decades to identify the species. This year, they finally arrived at their answer. The remains belong to a unique subcategory of the Evening or Vesper Bat family. It’s called Synemporion keana. 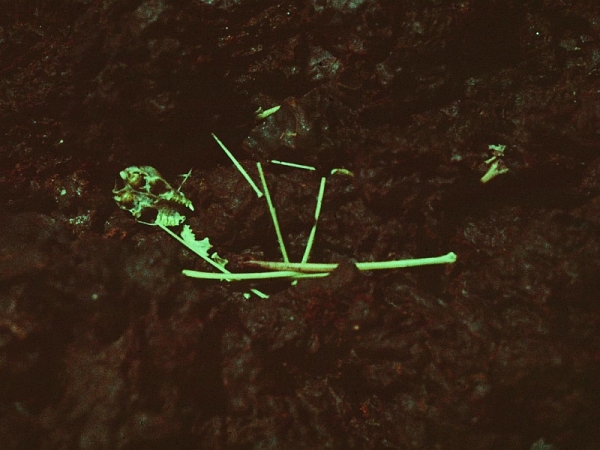 Skeletal remains of a Vesper Bat

This species is one of three mammals and only the second-known land mammal ever known to be native to Hawaii. The bat is already extinct, presumably due to introduction of invasive species to the Hawaiian Islands.

Its disappearance may have been linked to invasive species that arrived along with the first human settlers. Many native forests and insects on the island also suffered setbacks as people arrived on the Pacific Island chain.

The bat appeared 320,000 years ago and suddenly disappeared within the last 1,100 years following the arrival of humans. The presence of invasive species such as rodents, pigs, feral cats, frogs, and ants is highly destructive to Hawaii’s ecosystem.