The Bahamas – Do you like clear blue seas?  An abundance of sunshine and fresh air? Watching flamingos do their thing? Hanging out with rare and unique reptiles?
What about adventure and being off the grid?  If so, then you’ll be excited to read about one of the Bahamas’ newest national parks, Booby Cay!

Last week, the Honorable Kenred Dorsett, the Bahamas’ Minister of the Environment and Housing, announced 18 new or expanded national parks and protected areas, including designating Booby Cay as a national park. 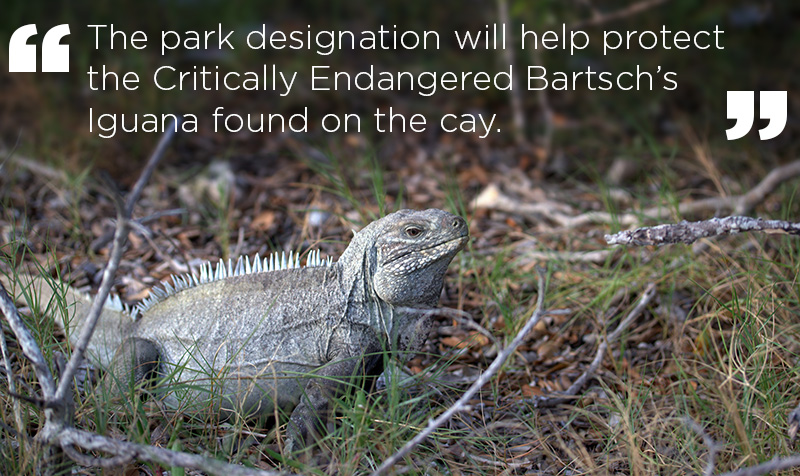 This is a major achievement for biodiversity in the Bahamas. Amongst other things, the park designation will help protect the Critically Endangered Bartsch’s Iguana found on Booby Cay, and may advance opportunities to complete an invasive rodent eradication sometime in the future.

The announcement was made on the last day of a generous grant from the CEPF (Critical Ecosystem Partnership Fund) which, in part, was provided to Island Conservation to assist Bahamas National Trust (BNT) in generating a proposal and support for the park designation. Together, our partnership also explored the needs and feasibility for removing invasive species from this cay and other islands in the region.

While the actual declaration as a national park is above and beyond what the partnership expected to achieve in this time period, in many ways it is not surprising. Much like you, our supporters and partners, the staff, members, and partners of BNT have an astounding dedication to conservation. We are honored to have the ongoing opportunity to partner and support BNT and the other Bahamian government agencies and organizations providing leadership on these designations.

Booby Cay is a 43 hectare paradise located 500 meters east of Mayaguana in the southeastern most part of the Bahamas, a coral-based archipelago of more than 700 islands and 2,500 cays sprinkled across 100,000 square miles of the Caribbean. The archipelago teams with over 340 bird species, hosts the three species and seven sub-species  of iguanas, the world’s most at-risk reptiles, and provides vital pockets of marine and coastal biodiversity. 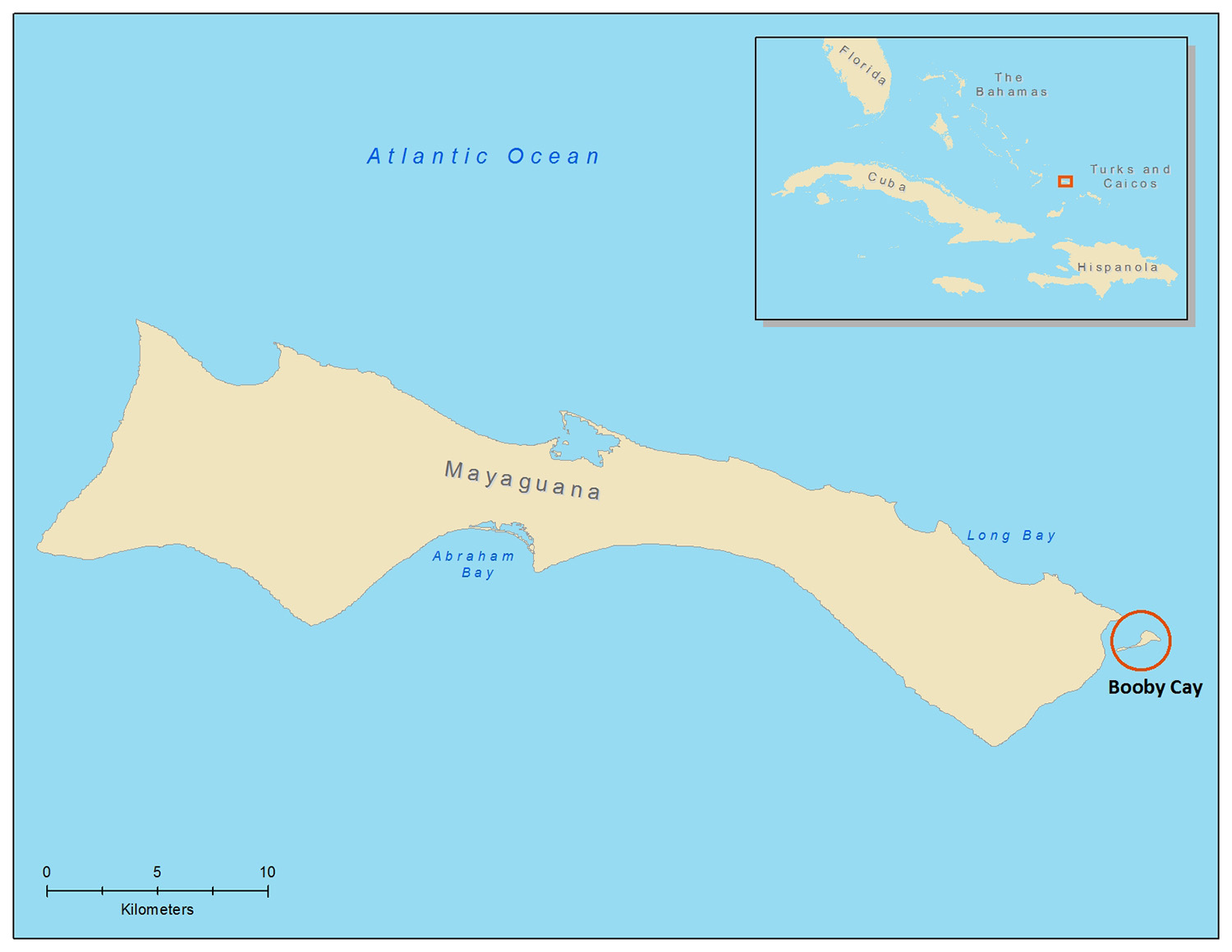 Unfortunately, invasive species (like rats and goats) have been introduced to many of these special islands. Invasive species devastate local bird and iguana populations by eating their eggs, hatchlings, and food resources. Invasive species also disrupt the island’s natural balance, making them more susceptible to other conservation threats (like climate change), and impact our economies, food security, health, and well-being.

“We recognized that biodiversity is about people and our need for food security, medicines, fresh air and water, shelter and a clean and healthy environment in which to live” Minister Dorsett wisely proclaimed during his announcement. “Protected areas constitute an important stock of natural, cultural and social capital…[they] are key to buffering unpredictable impacts of impending climate change.”

Looking across the pond on Booby Cay

A Reddish Egret hunting in the pond on Booby Cay

A Bartsch’s Iguana on Booby Cay

Indeed! The national park designation is a critical milestone that will have tangible effects on the protection of the life found on Booby Cay, and will set the stage for future opportunities to restore the Critically Endangered Bartsch’s Iguanas and protect other native species found there. In fact, all of these designations offer hope for biodiversity and opportunities for the resources necessary to remove invasive species where their threat is greatest. We applaud BNT, CEPF, Minister Dorsett and everyone else involved.