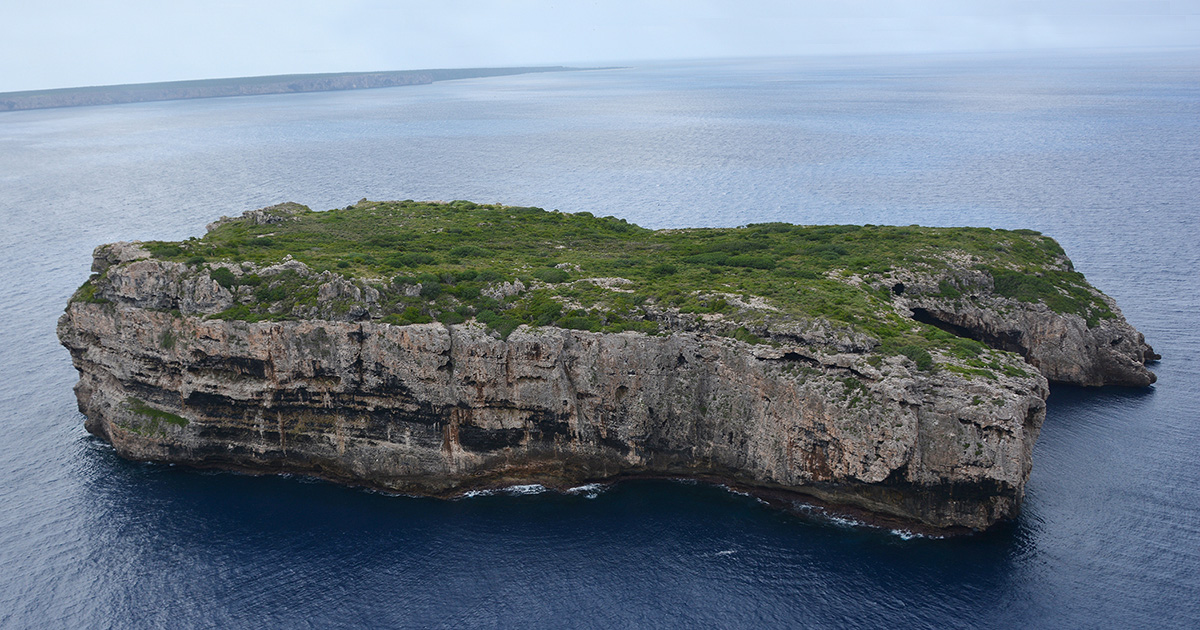 The US Fish and Wildlife Service, the Department of Natural and Environmental Resources of Puerto Rico, Island Conservation, and partners celebrate the federal delisting of the Monito Gecko.

The Monito Gecko, a small reptile, endemic to Monito Island, Puerto Rico, has officially been delisted under the Endangered Species Act (ESA), joining the ranks of the Bald Eagle and the Brown Pelican.

Since 1982, the Monito Gecko has been protected under the Endangered Species Act (ESA), threatened with extinction largely due to predation by invasive rats. To protect Monito Island’s unique fauna including the Monito Gecko, the Department of Natural and Environmental Resources of Puerto Rico (PR-DNER) worked to remove invasive rats from the island. In 2014, PR-DNER and the USFWS officially declared Monito Island free of invasive rats—eliminating the geckos’ greatest threat to survival.

In 2016, Island Conservation joined the USFWS and PR-DNER on a monitoring trip to Monito Island to determine the population of the Monito Gecko. Today, there are an estimated 7,600 geckos on the Island—a population stable enough to warrant delisting, making the Monito Gecko the first Caribbean endemic species to be delisted under the Endangered Species Act.

Since the creation of the Endangered Species Act in 1973, it has successfully prevented the extinction of at least 99% of species listed as of 2013, but very few species have been removed from the list because of recovery. The Monito Gecko is now one of these few species along with Bald Eagles and other iconic wildlife that has been protected and ultimately removed from the ESA list due to conservation and habitat protection.

This action is the most recent recovery success of a species thanks to the collaboration of conservation agencies and organizations, and demonstrates how well the ESA works in wildlife protection.”

An adult Monito Gecko is only about an inch and a half long and would fit on your index finger and still have spare space. Its name comes from Monito Island which it is endemic to, a karso rock covered in dry, forest, shrub vegetation.

Monito Island as a nature reserve, designed to protect native wildlife and vegetation. In addition, to the Monito Gecko, the Island is home to one of the largest seabird colonies in the Caribbean. Along with this, two other unique, endangered species: the Lady Bird of Puerto Rico and the prickly cactus pear.

The USFWS, DRNA and other groups will continue to monitor the gecko population to ensure long-term viability and maintain biosecurity protocols to prevent the reinvasion of rats.