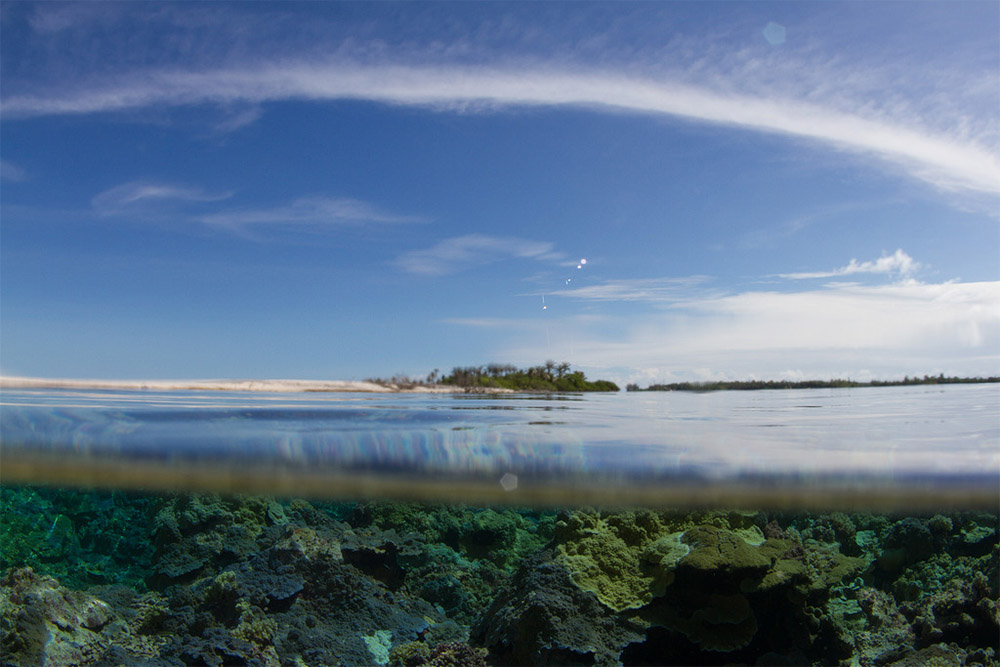 Palmyra Atoll above and below. Credit: Island Conservation

Connectivity between the health of terrestrial species and marine environment has been documented in the Line Islands where an island with native species showed clear signs of healthier marine habitat than islands with non-native species. Research has shown that in the Line Islands, thriving native vegetation corresponds with Manta Ray abundance. These ecological systems are held together by natural linkages that have formed over millennia. Seabirds, trading off time on land and time at sea, facilitate exchange of nutrients between these environments. Seabird vitality is therefore highly important for the integrity of these connections.

Introductions of non-native species can rapidly dissolve those interactions. Conservation efforts on Lehua Island are aimed at protecting native terrestrial species which will, in turn, allow the surrounding marine environment to thrive.