Former Palau Program Manager Joyce Beouch explains how stories and legends have shaped Palauans’ relationships with nature and how today, what were once deeply-embedded values are at risk of fading away.

There have been a few standout “frequently asked questions,” as one would say, that I have had to answer many times over throughout my career in conservation. The questions are: “Why did you become involved in conservation,” and “Why does conservation work in Palau?”

Over the years my answers have varied as I developed better understandings of my own culture and factual validation. It took some time for me to reach understandings because culturally, we Palauans tell our kids to do things in a certain way but do not explain why beyond the words “because it is so.” As a curious child I often asked “why?” This earned me the label “disobedient,” unlike the “good” kids who do as they are told without question.

As a curious child I often asked ‘why?’ This earned me the label ‘disobedient,’ unlike the ‘good’ kids who do as they are told without question.

My curiosity, however, earned me a spot beside my grandfather while siblings and cousins were out playing ball or climbing trees. It brought me on many fishing adventures with my father while my peers were out on dates or cruising with friends. The legends, life stories, and lessons in and of nature,  how it relates to me, and how I relate to it, brought me closer to and cultivated a sense of respect for the natural world. 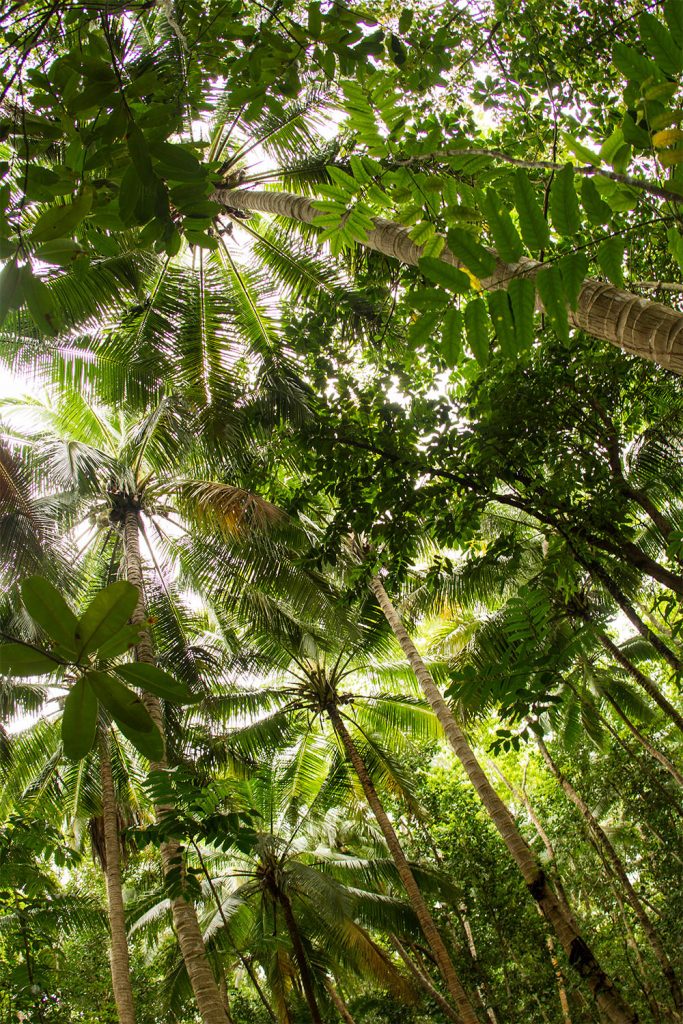 I have often asked myself, “Why am I here and what is my purpose in life?” Being out there in the forest, ocean, and even the sky, looking down on the vast ocean connecting me to others around the world and supporting the social network I build along the way – it feels right. Earlier in my career as an educator, I focused mostly on environmental themes and advocated for project-based learning, which I do now in practice as a conservationist. 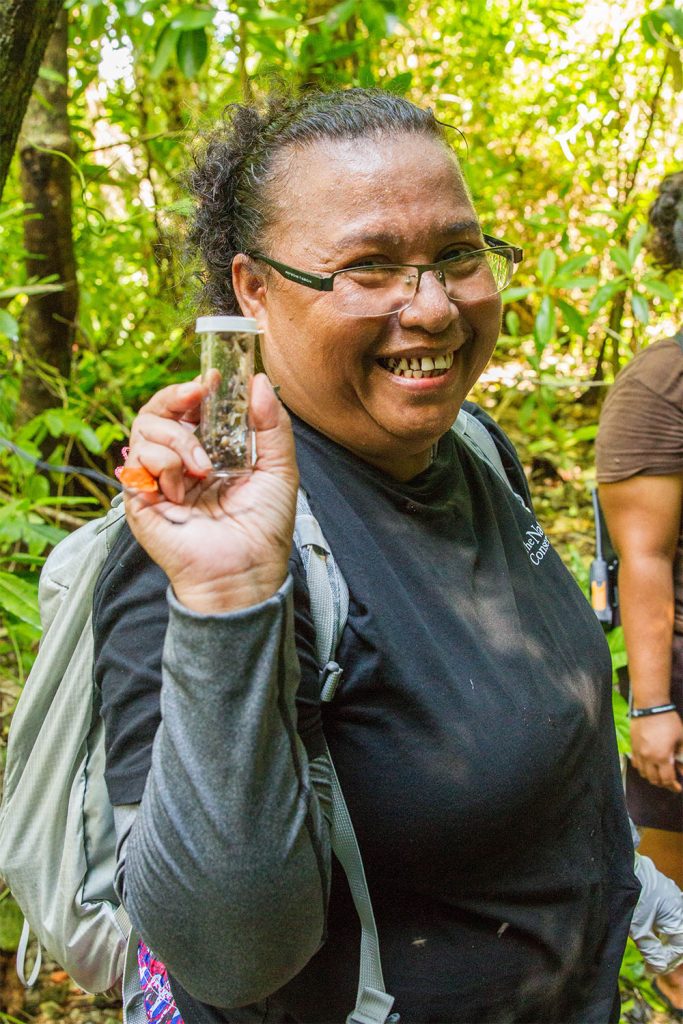 The more I know the more curious I become as I learn more about my own culture through conservation. The legends, stories, and lessons refined as I ventured into new territories from local to international communities. The more I learn, the deeper respect I have for my own culture and for nature. I am humbled and appreciative of my upbringing and experience–especially with family and community elders who groomed me. With so many reasons for this deepening appreciation, and not knowing where to begin, I feel like saying, “It is so,” whether it’s a fair answer or not. With that I will share a few examples that have stayed with me as life lessons.

The more I know the more curious I become as I learn more about my own culture through conservation.

My grandfather shared with me the creation story of Belau (Palau) through the legend of a giant clam who the creator placed on Lukes, a marine area near Angaur island to the south. He talked of how life began in the sea and how we are connected to it, as we are all descendants of this giant clam. He talked of how the clam’s daughter fell, became Babedaob Island, and became our mother that cradles life. 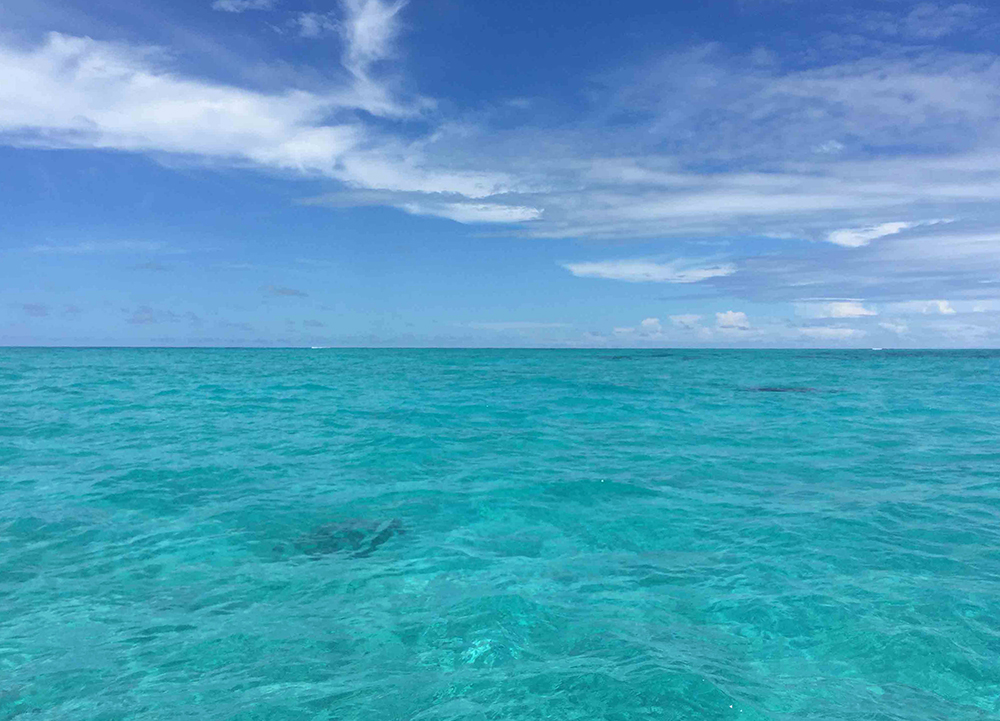 Later, I learned from women elders about how we must ask for permission from this mother to till the earth to plant food for her children. During my first experience on a reef flat during trochus (shellfish) gleaning, my father told me that if I move a stone to pick up a trochus I put it back as it was before. Per usual, I asked “Why?” and he responded, “Because it is someone’s home.”

Much later, after I married, I observed a high chief in my husband’s village who inspects every boat that returned from fishing and I heard him say, “Is there no tomorrow?” I then saw heads dropping in shame as the fishers realized they had brought back too much. 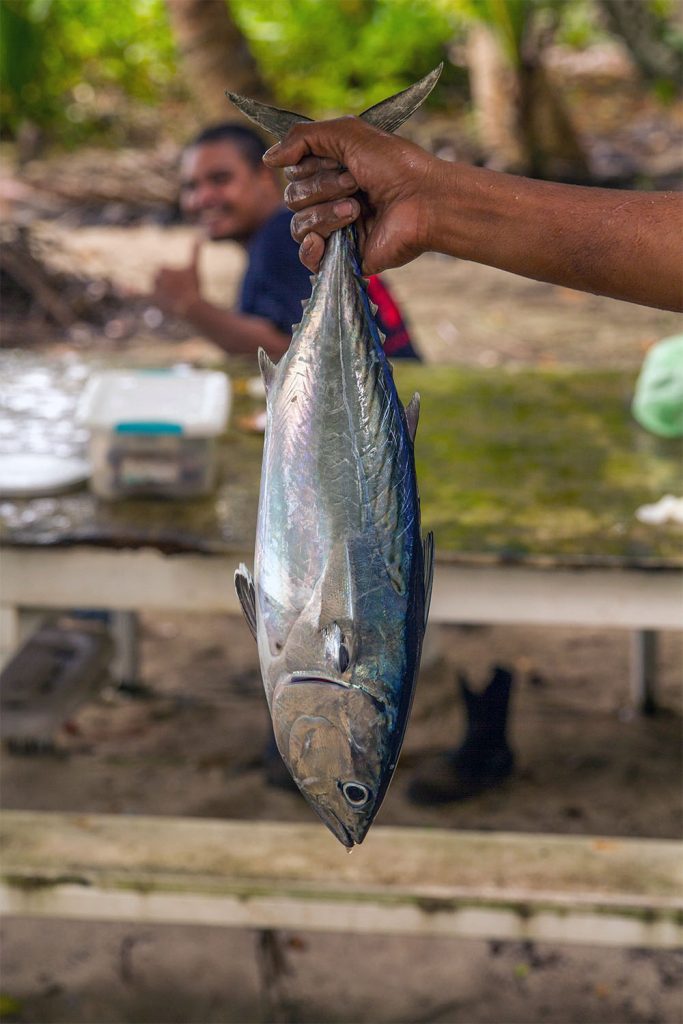 I remember an incident where a man was fined for throwing a net on a school of fish during spawning aggregation. Many of these corrective practices are fading. I don’t see a lot of chiefs inspecting boats or guarding resources anymore, and I can only hope my children take the legends and stories to heart. There is a significant drop in fish, clams, and even bird populations as development takes its toll on our natural assets while conservationists such as our current president struggle to ensure sustainability, which means through conservation in the Palauan context.

In recent memory, the year 1994 was a significant year for me. It is when my son was born, the same year Palau Conservation Society and Island Conservation were established. Since then, there has been only three trochus harvests in Palau and my son participated in two. Now there is not enough trochus on the reefs for community harvest. Trochus harvest used to be an annual event where the entire community, from babies to elderlies, spent a month on the reefs collecting trochus to sell to Asian companies that make buttons. The harvest draws a lot of excitement and spreads a joyful atmosphere throughout this small island nation and what a spectacle of a community event. Everywhere you hear laughter and daily stories of blunders and mishaps on the reef as community bond is reinforced. Fortunately, my son got to experience that Palau, and therefore developed a sentimental connection to his community. I hope my three-year old daughter will develop this connection through other means since there has been no trochus harvest since my son was ten years old.

The harvest draws a lot of excitement and spreads a joyful atmosphere throughout this small island nation and what a spectacle of a community event. Everywhere you hear laughter and daily stories of blunders and mishaps on the reef as community bond is reinforced.

According to local conservation action planning reports, other community events like village beautification, river restoration, and customary taro harvest and fishing occasions are becoming rare. It is through such events that we Palauans develop a sense of belonging, responsibility, and respect for the nature that provides for us. Our fast-changing lifestyle is gradually changing our conservation perception from a way of life to a course we study in school. I have heard this from elders before me who expressed their concerns over the youth who may not have the privilege of free, healthy, and abundant freshwater, herbal medicine, taro, and seafood as we do now. So here I am, striving to keep the legends alive and the values intact while restoring forests, reefs and the heart of my community along with leaders who share the same sentiments. As one high chief stated, “Palau does not need us, Joyce! We need her.” I say, “A Belau a turrekong er kau me ngak.” It means Palau (nature and culture) is the foundation and principle that will bring us toward a successful life. 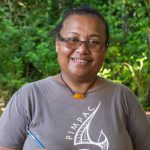 Joyce is a Conservation Planner for Palau's Protected Areas Network with the Ministry of Natural Resources, Environment and Tourism. Previously she held a position with Island Conservation as Palau Program Manager, and before that was a program manager at Palau Conservation Society. Joyce attended Western Oregon State College with a bachelors in Social Science. She has dedicated her conservation career to ensuring that management practices are relevant in the Palauan context. She also participates in voluntary community conservation efforts with traditional Palauan organizations, leaders, and youth programs. She is committed to conservation in Palau with the community’s best interest at heart.