Introduced species and climate change are threatening Kaua’i’s native Honeycreepers with extinction; the once noisy forest is falling quiet.

When conjuring an image of Hawai’i, many people think of beautiful sandy beaches with tall palm trees overhead. But there is more to Hawai’i, and some of the islands’ habitats holds a starkly different reality. The lush fern forests with trees covered in moss are certainly beautiful, but much has changed since humans arrived, and over the past few decades the normal sounds of native birds have dissipated. Lisa Crampton coordinator of the Kaua’i Forest Bird Recovery Project comments:

We wouldn’t be able to have a conversation…It was a much, much noisier forest, but in the last 10-15 years, many of our species are in 70 to 90 percent declines — that’s how fast the populations are collapsing. 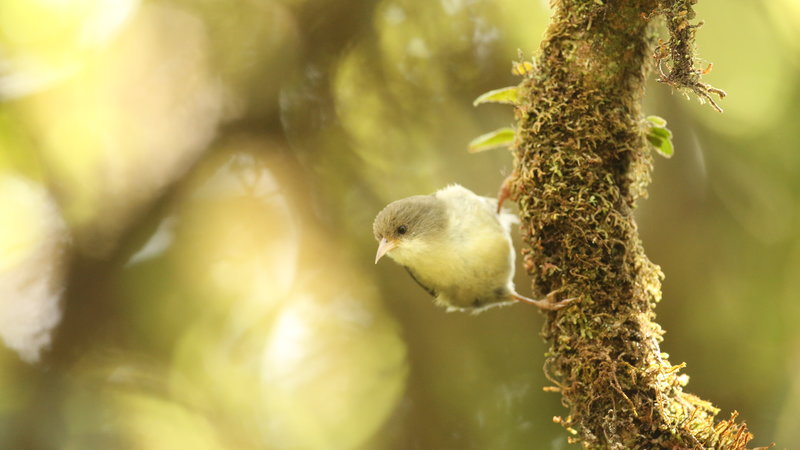 The Akikiki is Endangered and only found on Kauai. Credit: Kaua’i Forest Bird Recovery Project

Kaua’i’s native forests were once home to a variety of endemic Hawaiian honeycreepers that made the forest come to life with the sounds of their songs, but the introduction of invasive species, now compounded with climate change and habitat loss, is altering Hawai’I’s soundscape. Predation by invasive feral cats and rats has diminished populations of many native Hawaiian species. Now, invasive mosquitoes too are increasing the risk of extinction by introducing avian diseases to these bird populations.

Many Hawaiian Honeycreepers find refuge in the higher altitude areas of Kaua’i, but as climate change progresses, mosquitoes are able to move towards these warming higher altitudes. Crampton explains:

These mountains that we are in have provided a cold high-elevation refuge for the birds, but as the planet warms that refuge is getting shrunk down. 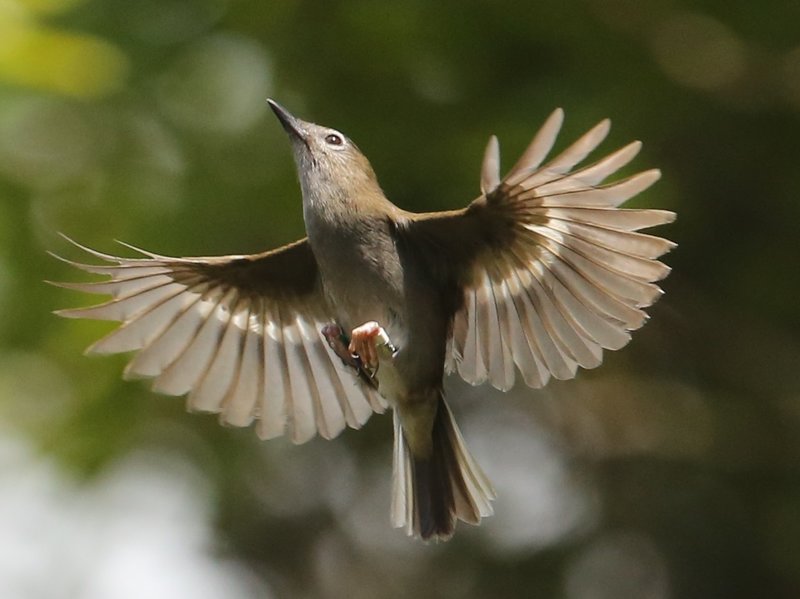 Kaua’i is home to eight species of forest birds including honeycreepers, but three are already listed as Endangered. One of them, the Puaiohi, is a small grey bird with pink feet; fewer than 500 individuals survive today. Puaiohi are important in the native forest as seed dispersers that support the regeneration of native vegetation. Crampton raised the question:

If the Puaiohi go, then what is going to disperse the fruits and seeds to help this forest regenerate these beautiful fruiting plants that are so much a part of the Hawaiian forest?

Conservationists, including Crampton, are sure that without proper protection and control of these invasive species, Kaua’i will lose more native birds even as soon as the next decade. Hopefully by removing invasive species, Kauai’s native Honeycreepers might make this quiet forest loud once again.