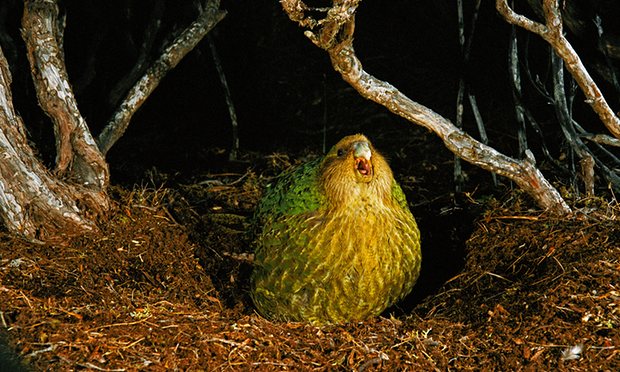 Critically Endangered Kākāpō, the world’s heaviest parrot, has had a much-needed breeding success this year.

This breeding season, 37 Kākāpō chicks are surviving on predator-free island sanctuaries. The charming New Zealand native experienced a dangerous population decline in recent years due to the introduction of invasive predators.

The Kākāpō is flightless–it lives and forages peacefully on the ground. The Kākāpō does not have defenses to protect itself from predators, which has never been a problem until now. Ever since people introduced invasive species to New Zealand, the Kākāpō has been easy prey for the new predators. Being heavy and ground-dwelling, it is unable to run fast or take to the skies.

Fortunately, conservationists have worked hard to support the breeding success of the Kākāpō, and the effort has paid off. Deidre Vercoe, Department of Conservation Kākāpō operations manager says:

The chick numbers achieved this year are a real step towards a future that doesn’t involve the hands-on management of every single bird.

Technological advances allow conservationists to employ data collection methods that do not disturb the birds. Cameras stationed in their habitat allow for remote observation. 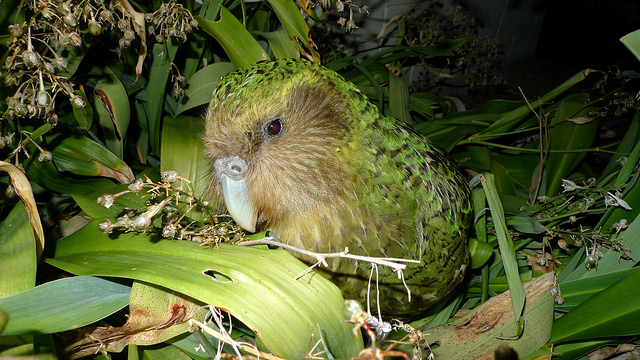 Kākāpō in the undergrowth. By Department of Conservation

As the population recovers, it is essential that the islands the Kākāpō live on remains predator-free. In the meantime, eradication of invasive predators on the mainland will pave the way for continued recovery for the beloved Kākāpō.

Read the original article at The Guardian