One of the world’s most isolated locations, the Kerguelen Islands, has been infiltrated by invasive rabbits.

The Kerguelen Islands, also known as the Desolation Islands, are a remote cluster of islands in the Southern Indian Ocean between Madagascar and Antarctica. It is one of the most isolated places on Earth, with only a few dozen researchers inhabiting a field station. The landscape is rocky and windswept and the climate is harsh, barring survival to most plants. One thing the island does have in abundance is rabbits.

Unfortunately, the rabbits are not native to the islands. They arrived in 1874, brought by scientists who picked the remote archipelago as an ideal place to watch the movement of Venus as it passed in front of the sun. The five rabbits were kept on the 93-mile wide main island, Grand Terre, as a potential food source. However, when the researchers departed, the rabbits remained on the island. The rabbits began multiplying, and with no native predators, the population grew out of control, wreaking havoc on the island’s ecosystem. This is the conclusion of a report recently published in the journal Science Advances. Scientists sourced this information from sediment cores from a small lake in the central plateau of Grande Terre. The researchers were interested in the Kerguelen Islands but they also wanted to look at the bigger question of how invasive species alter ecosystems. 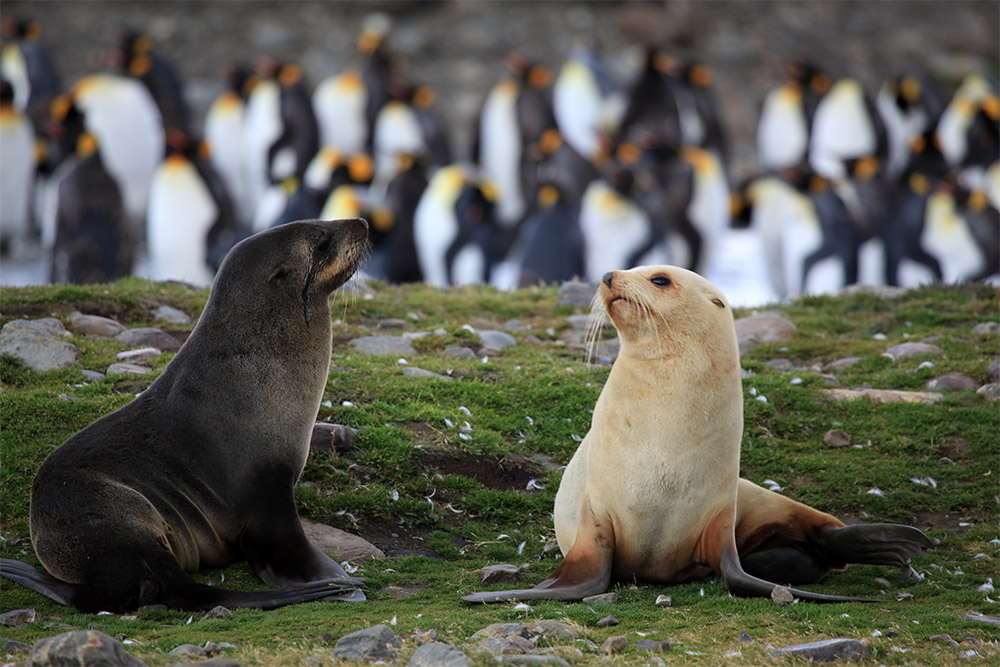 The Kerguelen Islands acted like a natural laboratory, with no human civilization, few plant species, and little wildlife beyond birds and seals. DNA was extracted from sediment cores and was used to put together a timeline of the island’s natural history over many hundreds of years. The genetic data showed that the central plateau on Grande Terre had a stable ecosystem mostly made up of a cushion plant called Azorella selago until 1940. Then the invasive rabbits reach the central plateau and the ecosystem changes. When the DNA of the rabbits appears in the sediment cores, the diversity of native plants suddenly plummets, and erosion increases. The lead author of the study G. Francesco Ficetola commented,

The big lesson is that sometimes we can have a strong human impact even in places that are very, very isolated.

Soil erosion increased with rabbits burrowing, and even though it eventually leveled off, the overall ecosystem still is not stable. In the 1950’s the French tried to eradicate the rabbits by introducing a disease, but it was only partially successful. Other invasive species like dandelions have made their way onto the remote islands, and Ficetola believes that with further invasions of invasive species in combination with climate change, the Kerguelens have further ecological transformations to go. He points out that a bigger lesson has been learned here: with the introduction of alien species, ecosystems are negatively impacted very quickly. Conservationists must quickly implement restoration activities or native species will decline and some species may go extinct. Ficetola said:

Our research shows that we absolutely have to act immediately. There is no lag time between the arrival of these invasives and the impact.

It is important to understand the effects of invasive species and to stop the spread before they cause irreversible damage to ecosystems.