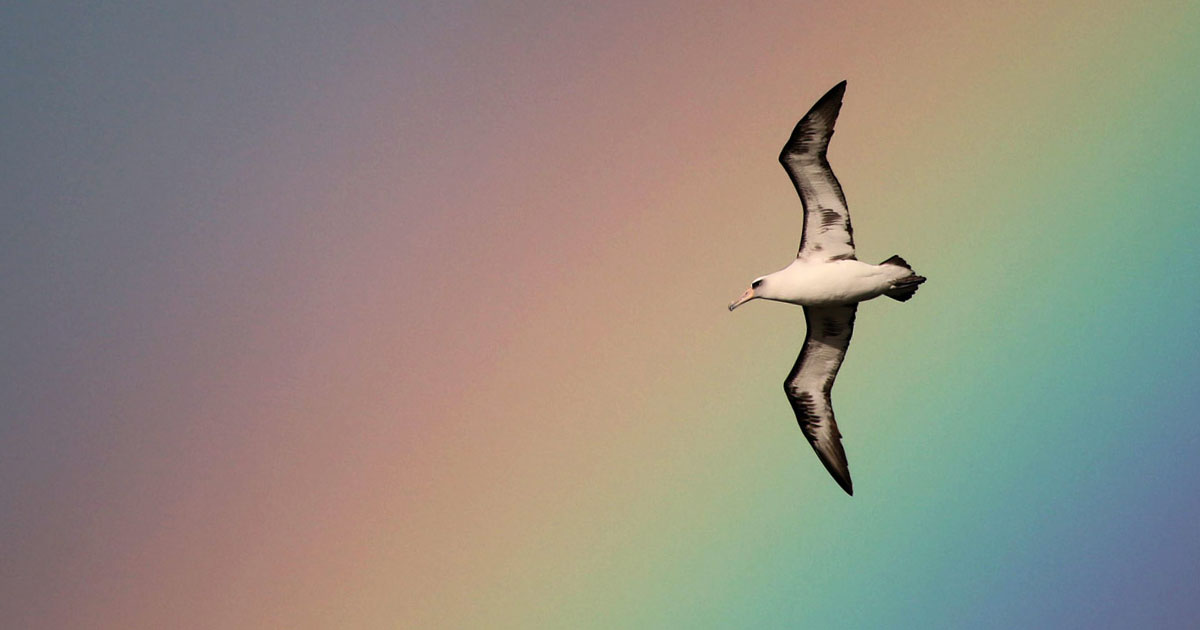 Invasive, carnivorous mice are threatening Midway’s albatross, but you can help!

Midway Atoll is located almost perfectly in between North America and Asia, but this small spot on a map is home to the world’s largest Laysan Albatross colony. Sadly, in 2015, volunteers at Midway made a gruesome discovery—invasive, predatory mice were attacking adult and juvenile albatross resulting in injury, nest abandonment, and even death.

The majority of seabird extinctions around the world have been caused by invasive mammals, in particular, non-native rodents. The U.S. Fish and Wildlife Service, the Papahānaumokuākea Marine National Monument, Island Conservation, and our partners can remove invasive mice and save these seabirds but we need your help!

National Geographic photographer Frans Lanting and videographer Christine Eckstrom have had the opportunity to travel all over the world observing these magnificent birds. Over the years they have grown a great appreciation for albatross and joined our campaign as Albatross Ambassadors to save Midway’s albatross. You too can help us save these seabirds!

Island Conservation and our partners plan to remove invasive mice from Midway in July 2020, but only if we raise the final $1 million necessary to restore the atoll. The Midway partnership has already secured 85 percent of the resources needed for the project. Closing this gap will ensure Midway is safe for albatross once again.

Once free from invasive mice, native species, including the Black-footed Albatross, Laysan Albatross, and Critically Endangered Laysan Duck can once again rely on Midway’s safe breeding and nesting habitat.