Scientific discovery is often step one when it comes to preserving biodiversity. For a newly named Hawaiian tree species, this is indeed the case. The new species has been named Melicope oppenheimeri after Hank Oppenheimer, a botanist with the Maui Nui Plant Extinction Prevention Program who collected the plant specimen and has contributed to the conservation of Hawaii’s diverse native flora. 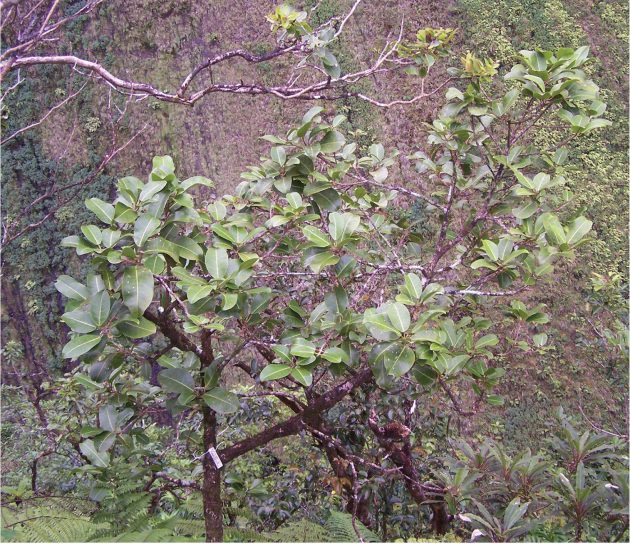 In 2016 a paper by botanists Marc Appelhans and Warren Wagner of the Smithsonian’s National Museum of Natural History and Kenneth Wood of the National Tropical Botanical Garden in Hawaii named the rare plant and labeled it Critically Endangered. The tree was originally observed in 1998, but now only three of the original seven survive in an isolated region of West Maui’s upper Waihe’e Valley.

In this region of Maui the presence of invasive feral pigs has transformed the landscape. Invasive Species are thought to have impacted M. oppenheimeri and led to the decline of the already small population.

To prevent the extinction of the newly discovered tree, officials planted two new individual plants. Botanists used a technique called “air layering” which will allow new plants to establish and promote root growth while still being attached to the already living individuals. The new plants have now been relocated to Olinda Rare Plant Facility in Maui. 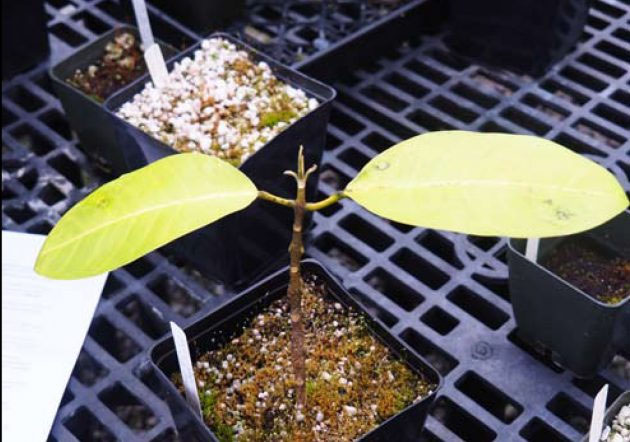 A cultivated individual of M. oppenheimeri growing at the Olinda Rare Plant Facility in East Maui.

The genus Melicope is diverse in the Hawaiian Islands with 49 recognized species, five of which are likely extinct, and twenty-three of which are federally listed or of concern. These plants depend on insects and birds for the dispersal of seeds, which is problematic since many native pollinators are already extinct or are threatened. Hawaiian biodiversity has been hit hard by invasive species, but by understanding the threats to native flora there is hope for preventing further extinctions and continuing to discover new species.