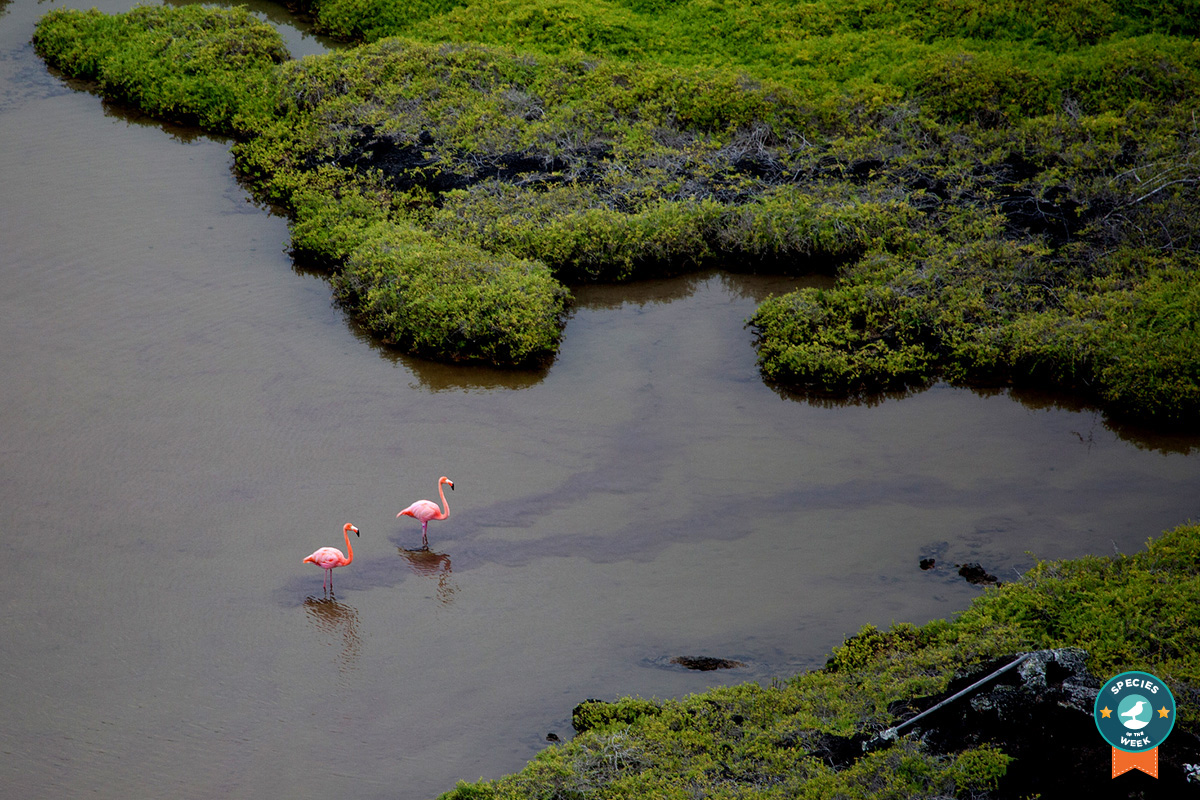 The flamingos prefer the area around Cabritos when the lake level is somewhat lower.

Group courtship displays are typical of this flamingo, with thousands of individuals raising their wings, turning their heads, or bowing their necks in spectacular synchrony. 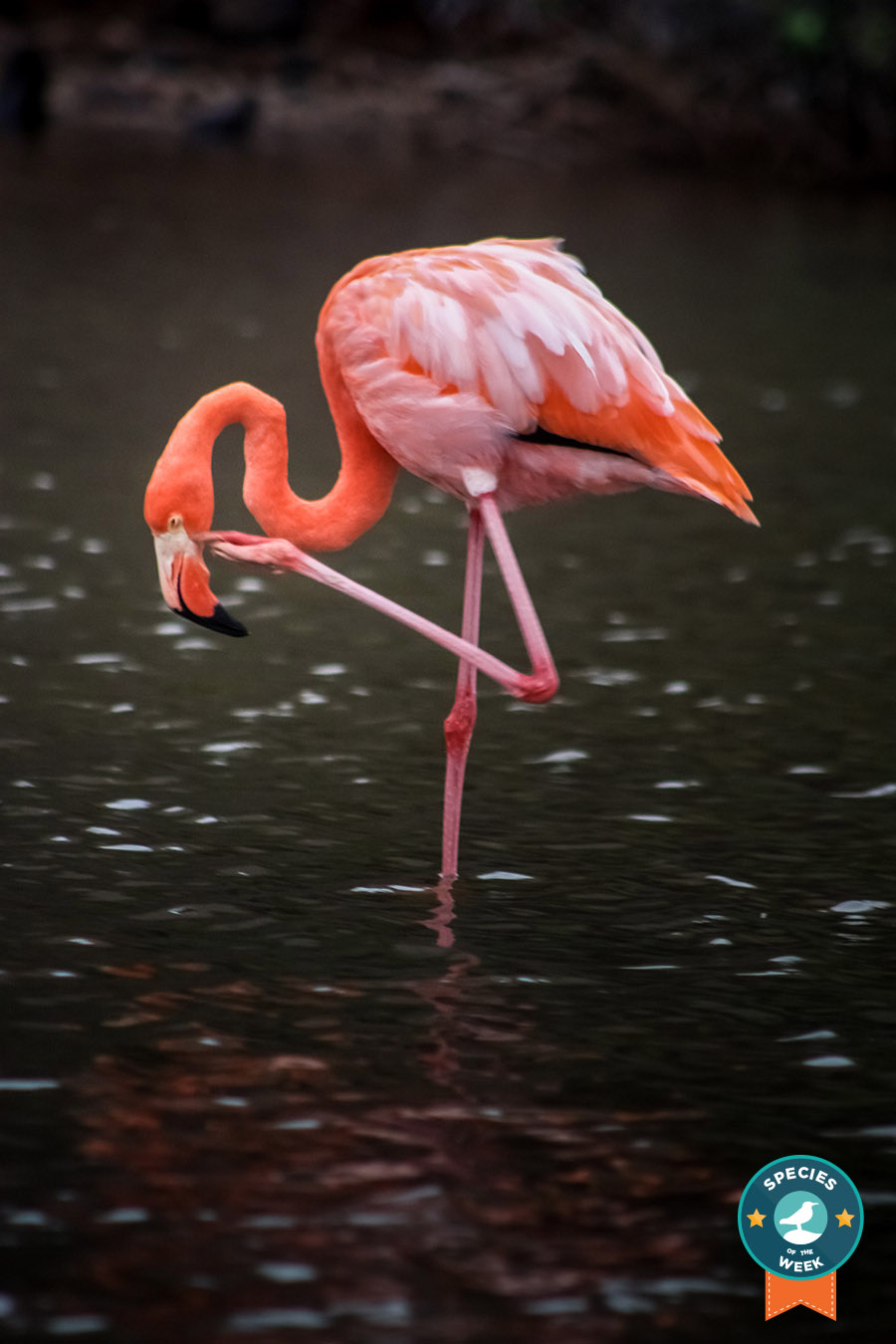 Sightings decreased as the lake level rose to record heights, but more flamingos will likely be returning since the lake level is dropping and once again exposing the shallow flats they prefer. 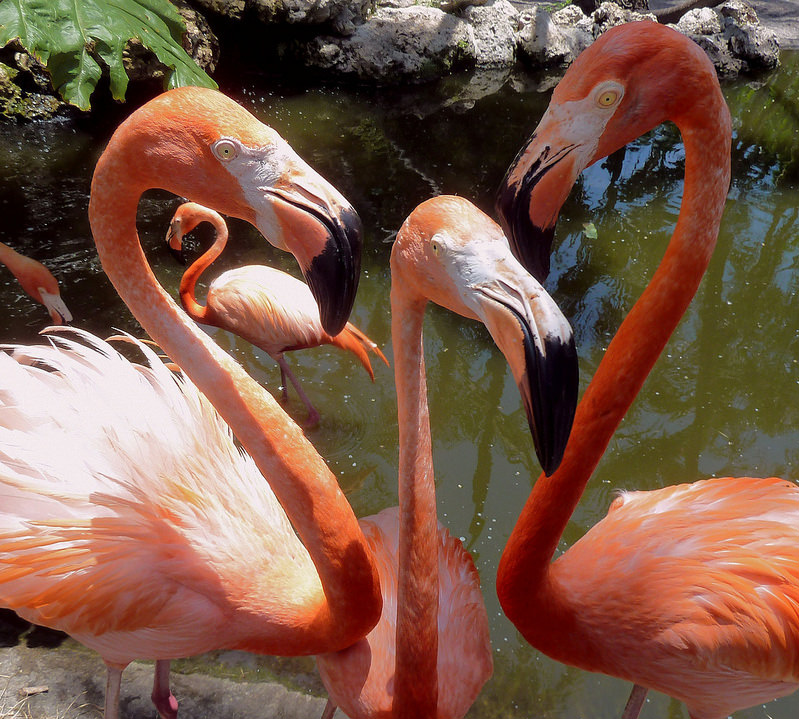 There are two parts to the chemistry that make a flamingo pink; the carotenoids in the food that provide the pigments, and the specific enzymes produced by the species which utilize those pigments, providing its brilliant pink color.

Adult American Flamingos are smaller on average than Greater Flamingos but are the largest flamingos in the Americas. They measure from 120 to 145 cm (47 to 57 in) tall.