Gloria Salvador, Island Conservation Floreana Project Facilitator, shares with National Geographic how the daily life of a Galápagos resident is a balance between two worlds.

Since I was little, I understood that being from the Galápagos was a unique privilege. Famous for its iconic flora and fauna that inspired Charles Darwin to conceive the theory of evolution, this place is a “must visit” for scientists and tourists from across the world. Indeed, the condition of the archipelago’s ecosystems and the efforts being made to preserve them are examples we are proud to share. But what does it all really mean for the people who live on the islands?

Since I was little, I understood that being from the Galápagos was a unique privilege.

Something that most people probably don’t know is that the Galápagos archipelago is one of 24 provinces that constitute the country of Ecuador. It is home to around 30,000 people, spread across five “inhabited” islands: San Cristóbal, Santa Cruz, Isabela, Floreana and Baltra. Since the first settlers arrived on the islands at the beginning of the 19th Century a lot has happened. Major changes that impacted the way of life for the “Galapagueños” included the declaration of the National Park (1959), the tourism boom that started in the 1980s, and the Galápagos Special Law (1998) that provided us with specific restrictions and obligations to control immigration and regulate access to the protected areas that cover the 97 percent of the terrestrial territory of the islands. 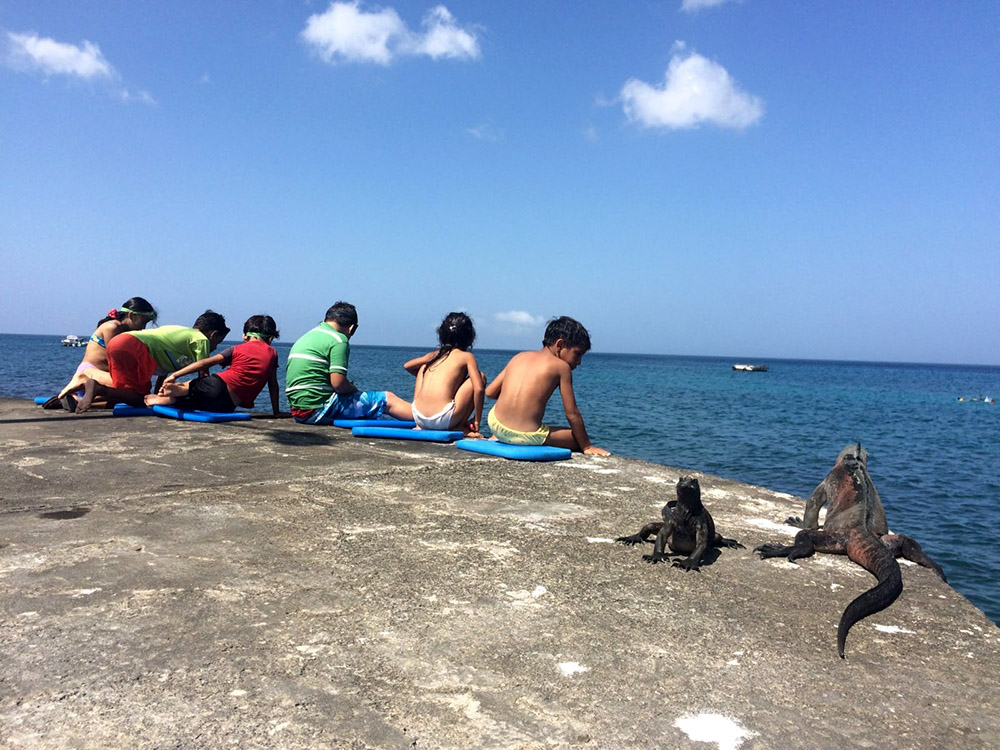 Children sit on the pier on Floreana Island with marine iguanas.

Obtaining food, supplies and fresh water for our daily living has always been a challenge to the islands’ residents. Until the third quarter of the 20th Century, the inhabitants were more or less entirely dependent on the islands’ natural resources. A cargo boat would visit the archipelago perhaps every six months, so islanders relied on cultivating and raising animals in their backyards. Of course, sea food was always available for everyone who wanted to collect it on the shore. Superior education was a privilege that few could afford by going to live on the mainland; medical care was provided by a single doctor, when available.

Until the third quarter of the 20th Century, the inhabitants were more or less entirely dependent on the islands’ natural resources. 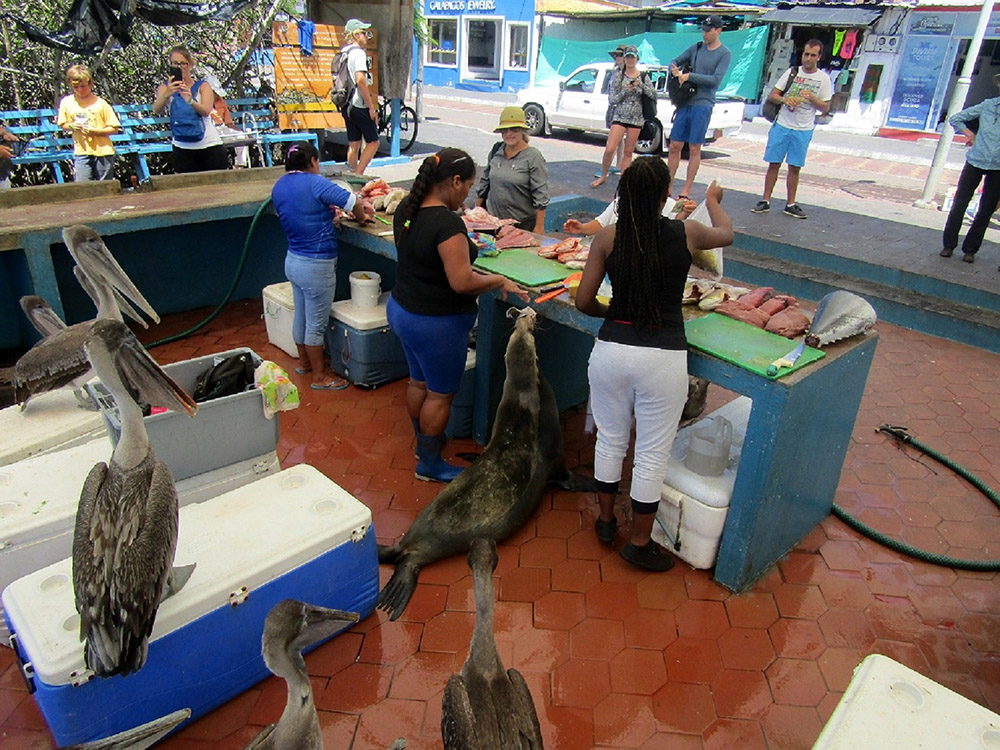 With the opening of Galápagos to the world, and the incorporation of activities such as tourism and conservation into the local economy, the demand for goods and services increased. Cargo boats started to come more frequently, airplanes supplemented the transportation of merchandise and people, and cable TV, Internet and air conditioning became modern “necessities.”

But despite the increased flow in transportation to provide for the needs of the locals, and visitors, the provision of goods and services has never been sufficient to meet the full demand, a fact that became uncomfortably obvious when our cargo fleet was reduced to almost zero after 4 ships sank in a period of around 3 years. 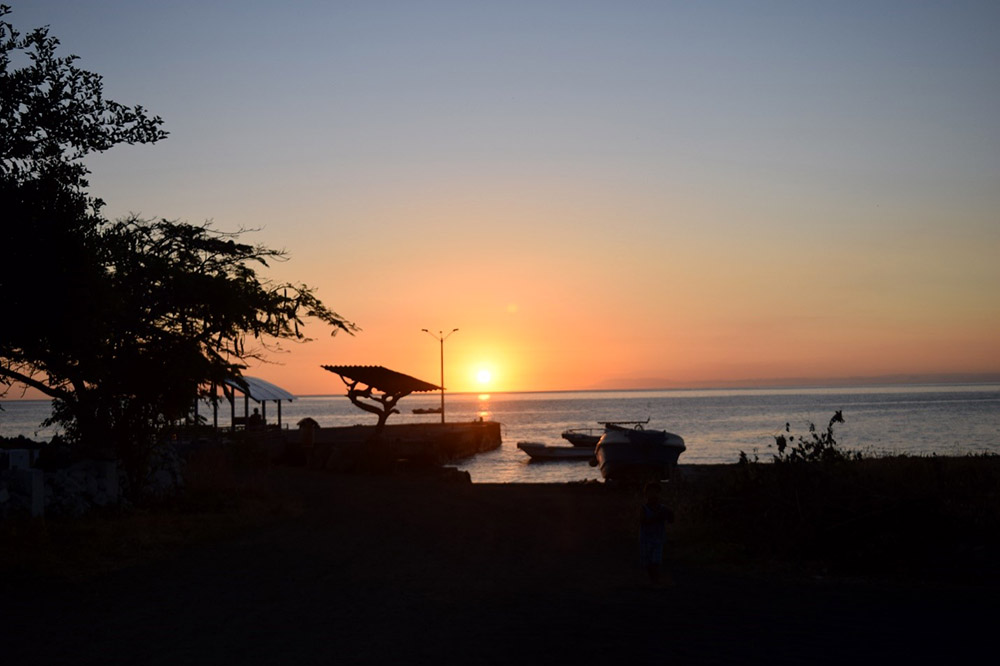 As good islanders, we are proud of our capacity to get by with few items; we manage to survive with what local resources are available. Luckily for us, fish is brought to town by our local fishermen; tomatoes, plantains and yucca are cultivated by farmers in the highlands, and fruit trees are growing everywhere, even in the protected areas.

We are proud of our capacity to get by with few items.

For foreigners, this may not be the perfect situation, but as locals we understand that living inside a protected area means we have limitations, and to me it is totally worth it if, at the end of the day, I can swim and enjoy the companion of rays, sea lions, iguanas and many more animals.