Kaoha nui! The team recently spent three days on Eiao and Hatuta’a, Marquesas Islands. They are fascinating places to visit. 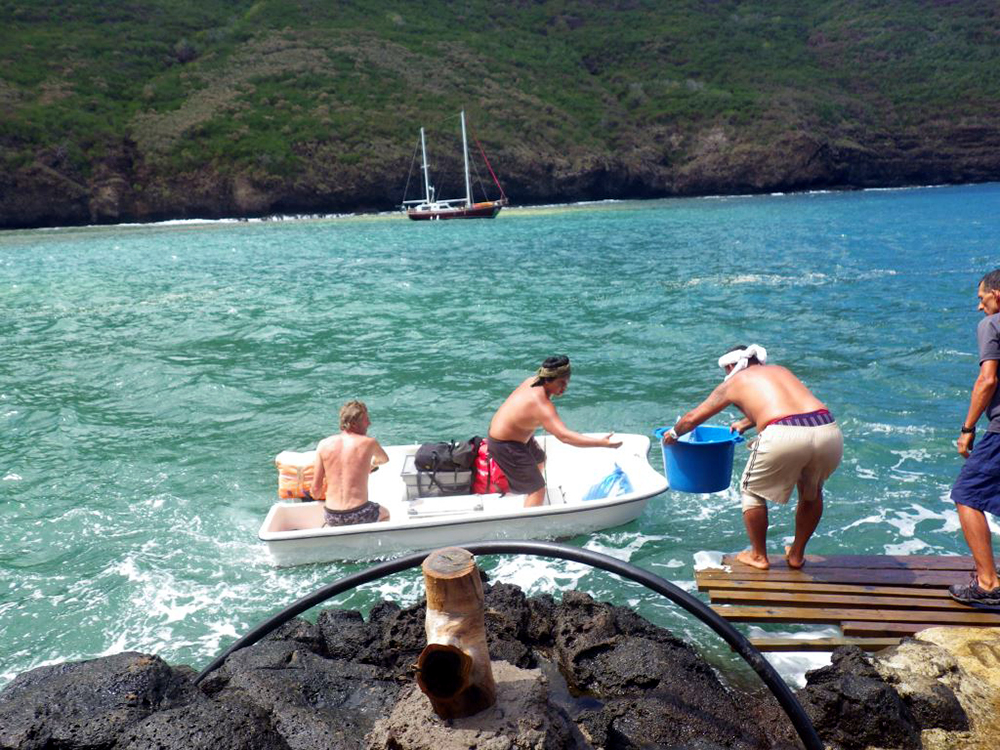 Eiao, where Steve, David and I spent my time, is 5,600ha and probably one of the largest uninhabited islands of the Pacific. Yet, the island has been extensively modified by the presence of invasive sheep, pigs, feral cats, and rats. Massive soil erosion (more than six feet in places) has reduced much of the island’s plateau to a sun-bleached desert. 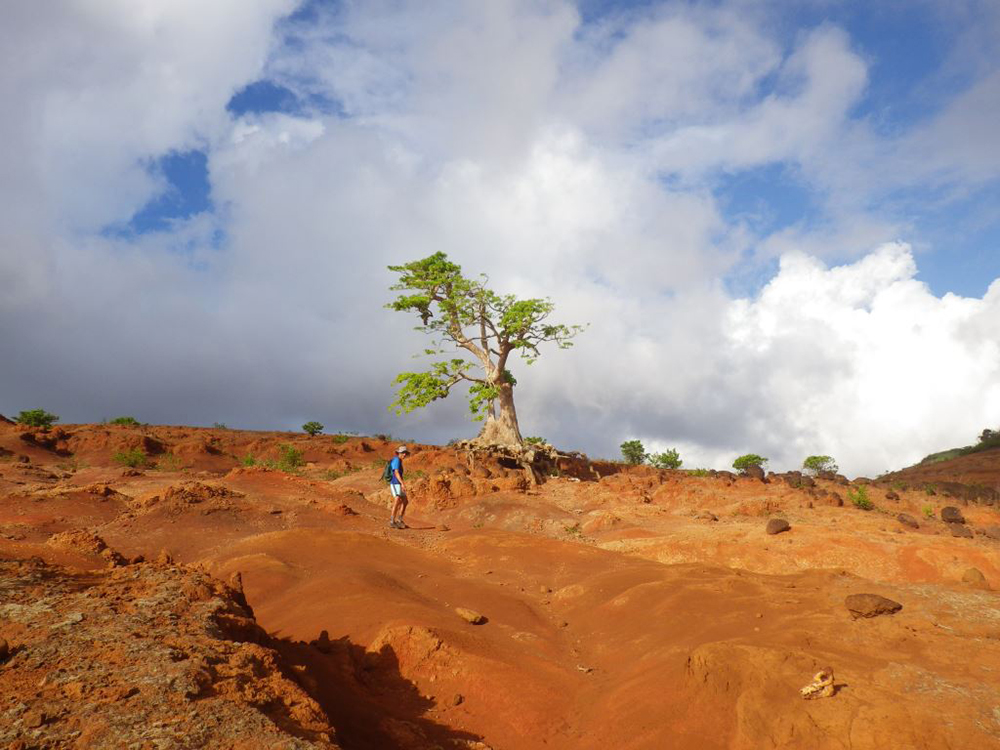 In the midst of this devastation, pockets of relatively intact forest remain in gullies too steep for invasive sheep and pigs to access. It is also likely, although we were unable to confirm this, that there are places on the island where even feral cats and invasive rats cannot reach. These protected regions could still support birds such as the Endangered Polynesian Storm-petrel. Our take-home message for Eiao was that the potential for biodiversity recovery is enormous. To restore the island though we would first need agreement among residents, which is no small task.

Hatuta’a (640ha) is another story altogether. With only invasive Pacific rats to contend with, the island is a stronghold for the Marquesan Ground Dove. Phoenix Petrels (I got to see my first) and many other seabird species also nest there. 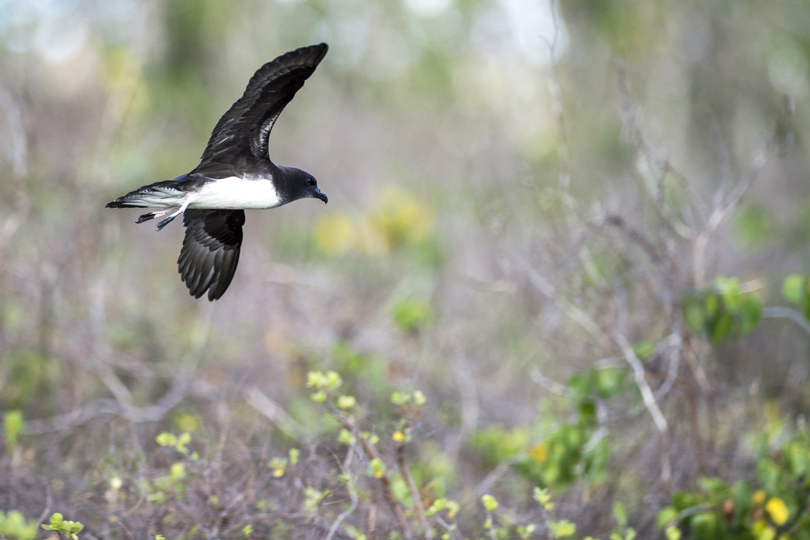 My colleagues Jason, Tehani and Fred spent three days on the island, documenting seabird numbers, counting crabs and describing the island’s vegetation, among other activities. Due to limited options for shelter, the team had to sleep under a patch of Pisonia forest complete with a breeding Black Noddy colony. Needless to say the black tarp that Jason slept under changed from black to white, courtesy of the birds nesting above. 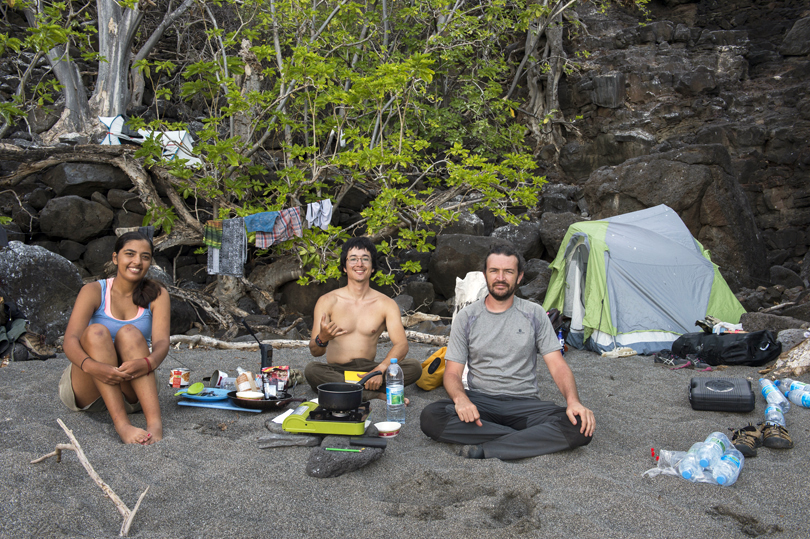 Upon returning from Eiao and Hatuta’a, we met with the mayor and community leaders of Nuku Hiva to discuss the goals and objectives of the restoration project. Rat eradication on Hatuta’a and Hatu iti (a smaller island also with Phoenix petrel) is fully supported by the community. The subject of removing invasive pigs and sheep from Eiao is another story; the project partnership may consider setting up some fenced enclosures on the island to demonstrate the impacts that ungulates are having and the potential for recovery. 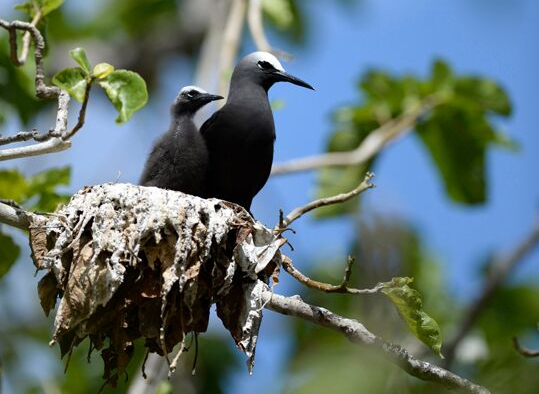 From Nuku Hiva, the team (sans moi) has now sailed off to Ua Pou and then to Fatu Uku and Mohotani, two more of the project’s priority sites. I stayed in Nuku Hiva with Fred and will fly out tomorrow morning. While here, Fred and I got a spot on Marquesan breakfast radio to discuss the project, which was a sore test for my poor French. 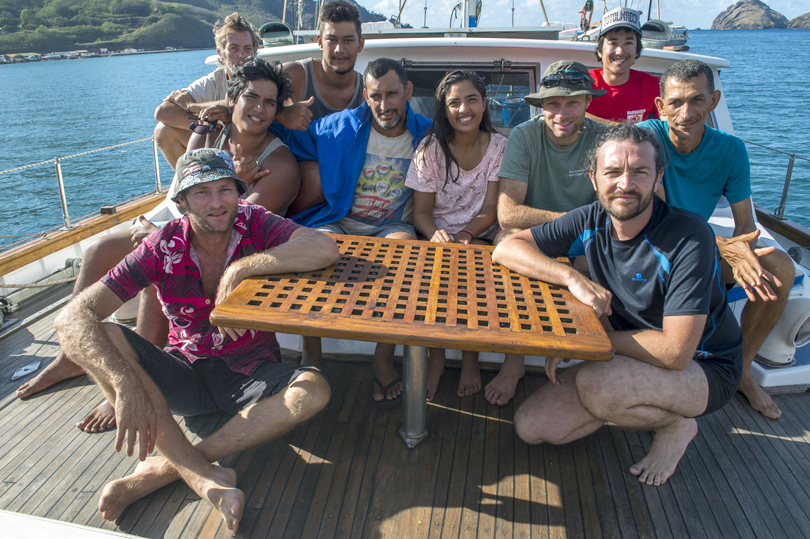 The crew aboard the “Shark.” Credit: F. JACQ

Look out for the next installment from Jason!