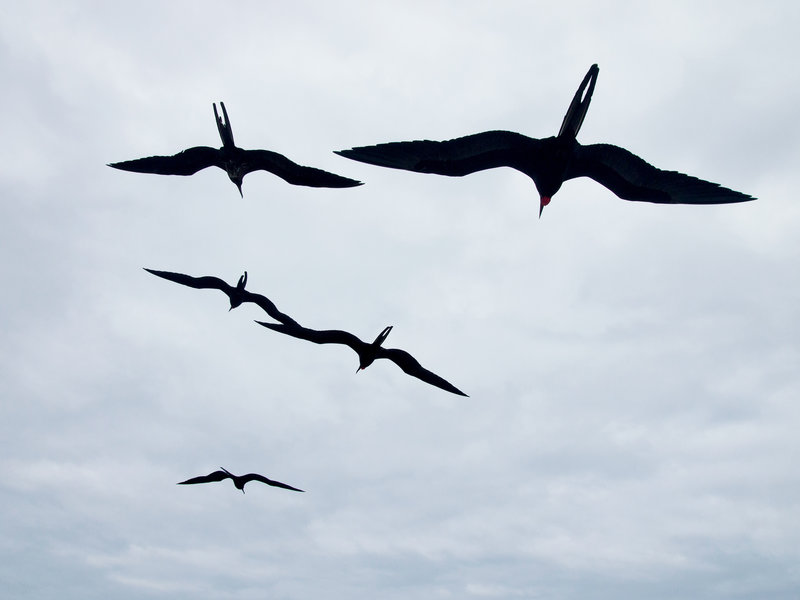 Research reveals incredible details about Frigatebirds and their flying abilities.

A Frigatebird, Fregata magnificens, is a tropical seabird with an impressive 6-foot wingspan. Its feathers are not waterproof–which is surprising for a seabird–and being unable to land on water, they have adapted astounding flying abilities. Frigatebirds spend so much time in the air that scientists have not been able to easily study them.

But as research technology advances, we are presented with unprecedented opportunities to study wildlife. In a recent study, researchers captured Frigatebirds and tagged them with satellite devices and body monitors. The birds were released, and over time the data began to take shape. The results astonished the researchers, revealing that Frigatebirds are masters of flight in ways previously unknown. 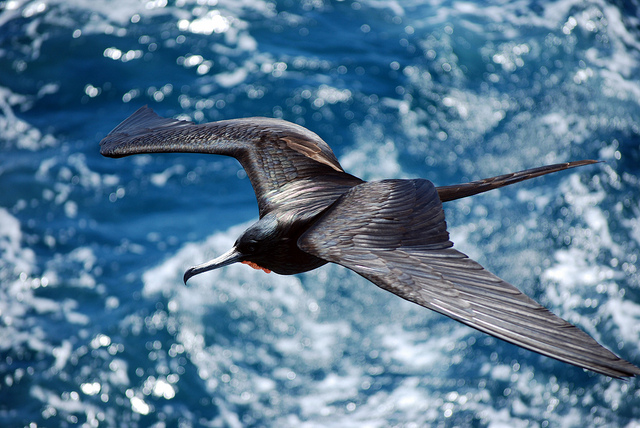 A Frigatebird in flight. By Harvey Barrison

Researchers found that the Frigatebirds fly up to 4,000 meters (13,123 feet) high. If you have ever been 4,000 meters high you know that it can get very very cold (and if you haven’t, well, you can imagine). This finding was surprising for a bird that lives in the tropics. Ornithologist Henri Weimerskirch says:

There is no other bird flying so high relative to the sea surface.

What’s more, the instruments measuring the birds’ bodily functions revealed that what looked like an incredible feat was no big deal for the birds. The birds’ heart rates indicated low physical exertion. Prompted by the surprising recordings, researchers investigated further. They discovered that the Frigatebirds were able to fly into clouds and ride their updrafts.

It’s the only bird that is known to intentionally enter into a cloud.

Equally amazing was that the researchers recorded one of the birds flying for two months straight. The birds can fly low over the water to snatch up fish, eating on the go. Their incredible ability to fly without rest is also supported by a flying technique called “wing loading.” According to the researchers, of all the birds in the world, Frigatebirds have the highest ratio of wing surface area compared to body weight.

Starting to think Frigatebirds have things rigged pretty well? It gets even better. It turns out that the clouds Frigatebirds love to soar in stir up the waves in the ocean below. This causes phytoplankton to rise to the surface and attract fish, providing Frigatebirds with a mobile feeding trough that travels with them as they effortlessly float in the clouds.