Why would a Mule Deer lick the head of Channel Island Fox? We may never know, but thankfully, there are pictures.

Wild animals of different species rarely snuggle, but when they do, the whole world wants to know about it. On Catalina Island, California, a Channel Island Fox and a species of Mule Deer were seen having a peculiarly affectionate interaction. Chris Lowe, a shark researcher on the island, witnessed a Mule Deer stop to lick a small Channel Island Fox. The fox did not run, but calmly stayed and even nuzzled the deer.

Yep, that is off-the-charts cute—take a moment to let it sink in. 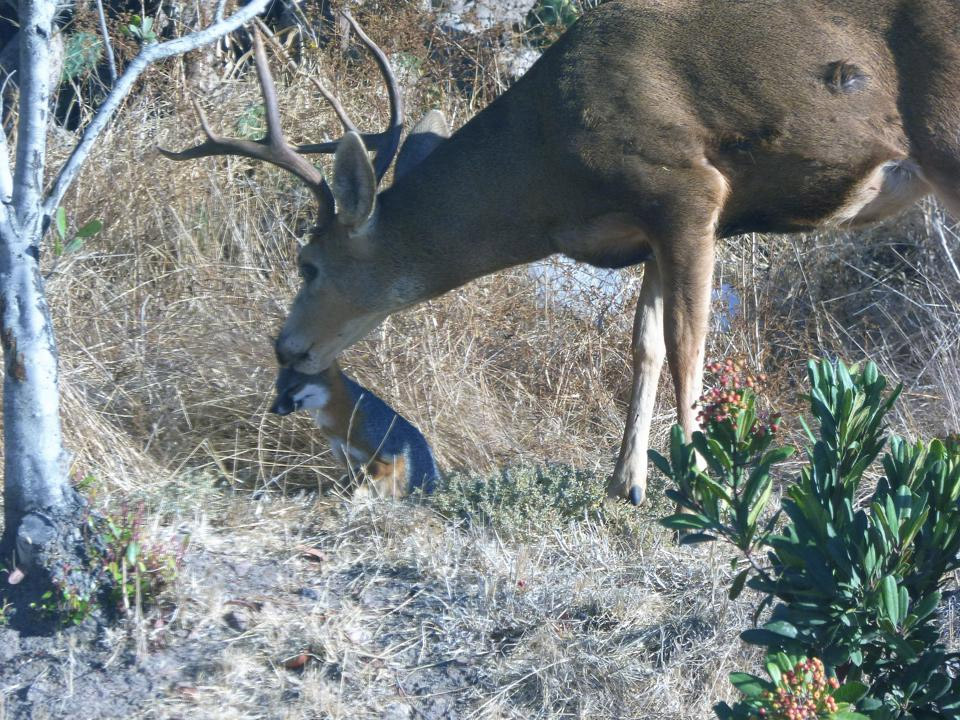 That this moment was captured was lucky in more than one sense. In the 1990s, island fox populations dropped dramatically due to the increased presence of invasive Golden Eagles, feral pigs, and a canine distemper disease. The Island Fox was classified as Endangered, and its future was precarious. Fortunately, captive breeding and invasive species removal revived the Island Fox populations and resulted in the recent downlisting of three sub-species. If it weren’t for conservation intervention, the island fox very well may have gone extinct. 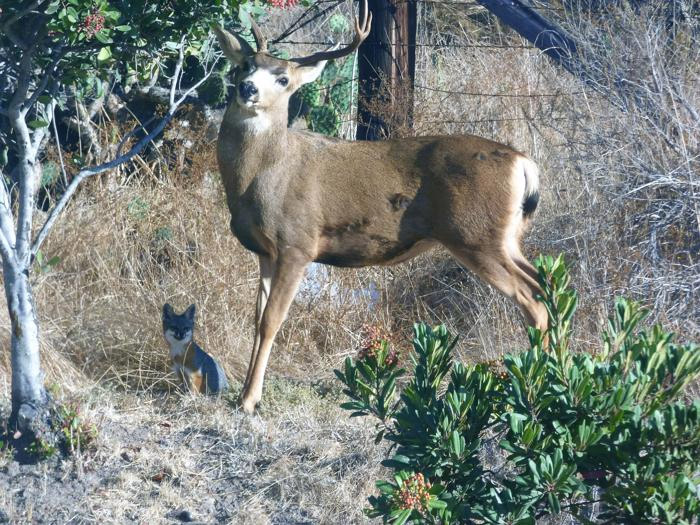 The backstory of the Channel Island Fox is exemplary of the incredible conservation gains offered by island restoration. Researchers cannot explain exactly why the deer and the fox would connect in this way, but a few hypothesis have been tentatively put forward. One is that the salty sea air made the fox’s fur appealing to the deer. Another is that since these species evolved without major predators, they have few fears and therefore let curiosity take over. But the reason a Mule Deer would lick a Channel Island Fox is unknown, but one thing is certain. If it weren’t for conservation efforts to save the Island Fox from extinction, we might not have ever gotten to see this ridiculously adorable and heartening wildlife encounter.