In Turks and Caicos the presence of invasive species such as the Cuban Knight Anole and feral cats is putting native species are at risk.

The Cuban Knight Anole is valuable to the island nation where it is native and for which it is named, but when introduced to habitats outside its natural range, the species becomes problematic. As the largest member of the Polychrotidae family, the Knight Anole measures up to 24 inches (61 cm) long and is an agile hunter.

The Anole lives in the tree canopy in its native ecosystem and feeds on everything from insects to tarantulas to other lizards. In Cuba, the Anole helps balance the ecosystem, but the predatory lizard can and does have negative impacts on islands such as Turks and Caicos in the Carribean, as well as in Florida. 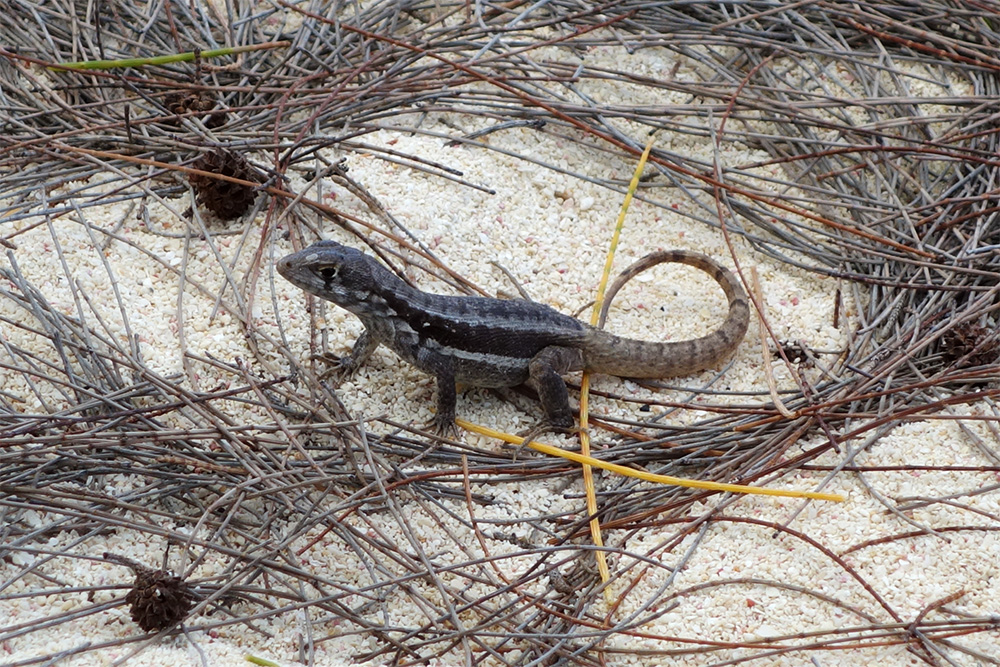 The Cuban Knight Anole poses a threat to native lizards such as the Turks and Caicos Curly-tailed Lizard, pictured here. Credit: jdf_92

On the Turks and Caicos Islands the Knight Anole, invasive feral cats, and rats are decimating populations of native birds, lizards, and snakes. Knight Anoles were originally transported to the islands intentionally as pets, but also accidentally along with imported plants. Bryan Naqqi Manco, an expert with the Department of Environment and Coastal Resources explained:

They will eat other lizards, small mammals, birds; including nestlings and eggs. They will eat some vegetation, but mostly other animals.

Prior to the species’ introduction to the islands, Turks and Caicos had no real biosecurity measures in place to prevent non-native species from being brought to the islands. Now the island nations are stepping up and monitoring for non-native plants and animals. Manco commented:

Anyone who is importing plants or animal commodities is required to go through a process with the Department of Agriculture; with exotic species like lizards and snakes or small animals.

The Knight Anole causes concern for both wild and domesticated species of Turks and Caicos islands and poses a serious threat to the diversity of native lizards and birds. Preventing introductions of non-native predators is crucial for preserving biodiversity on islands.