New research finds compounding threats lead to the extinction of the once widespread Spectacled Cormorant population and reveals concerns over similar threats to island species today.

Researchers have uncovered the mysterious life and extinction of the Spectacled Cormorant. The large cormorant was first described in 1741 by Georg Stellar as the size of a goose, with bright yellow rings around the eyes, two crests on top of their head, and no fear of humans. The distinct bird was by no means hard to find or hunt.

Based off of the encounters that whalers and fur traders had with the species, it was believed they were endemic to Bering Island off the coast of Russia’s Kamchatka Peninsula since the bird had never been seen or recorded on another island. Then, only a century after their discovery, the species was hunted to extinction. 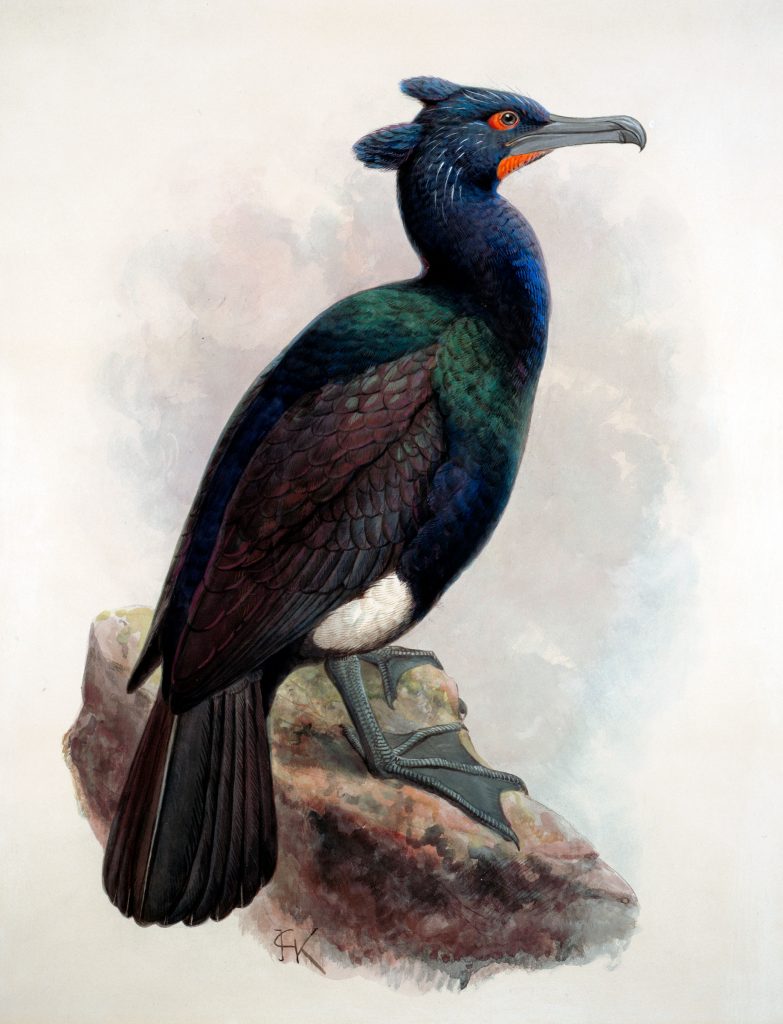 Recently, researchers began studying sets of fossils that were found in 1960 and 1987 over 1,500 miles away on the northeastern point of Honshu Island off the coast of Japan and found they also belong to the Spectacled Cormorant. It turns out the bird once had a much larger range than scientists had previously understood, but there was no evidence that suggested other populations were driven extinct by the same hunting that caused the disappearance of the Bering Island population. Which begs the question of what happened to the global population?

Junya Watanabe and Hiroshige Matsuoka, researchers at Kyoto University, have connected the population decline to a naturally occurring climatic shift which wiped out plankton populations in the region and caused the seabirds food supply to plummet. Leaving only a small population which was later consumed by passing whalers and fur traders.

Similar stories of island birds have been echoed around the world such as the famous Dodo whose population dwindled due to predation by invasive rats and was eventually wiped out by hunting. Today, the story of the Spectacled Cormorant can be seen as a warning for the compounding effects that anthropogenically caused climate change can have on island species especially when accompanied by the threat of invasive species. The Spectacled Cormorant might be lost, but today island species around the world face similar environmental changes that could be disastrous if they are not addressed.