Researchers are beginning to understand how the Dodo lived before invasive predators and hunting drove it to extinction.

Mauritius Island was once home to one of the world’s most famous extinct species–the Dodo. The large grey bird was last seen in 1662, but researchers are still learning about the species and exactly how it lived on the island.

Researchers have long known that the Dodo bird was a fruit-eating bird related to pigeons and was largely responsible for seed dispersal for native plant species.

Their ultimate demise on the island was due to a combination of hunting and the introduction of invasive monkeys, deer, pigs, and rats. Dodo birds evolved on Mauritius without any natural predators, so when ships brought non-native species, whether intentionally or not, the birds had no evolutionary response for predation and competition for food. 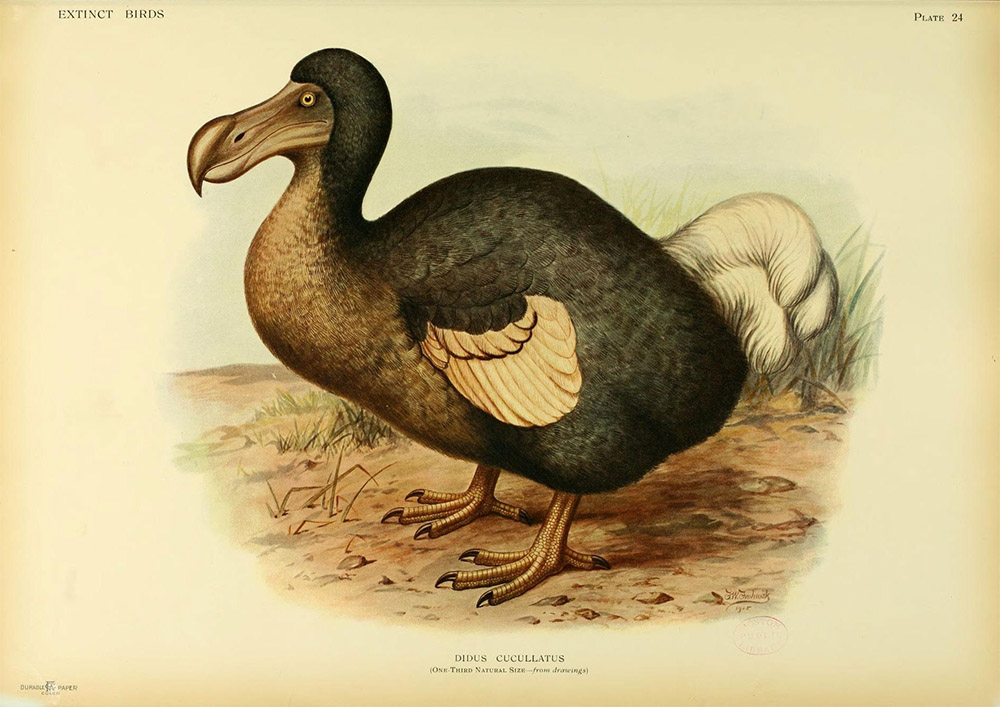 Now researchers are studying what the bird’s life was like before the introduction of predators by studying the species’ growth patterns from preserved bones. Using the limited remainders of bones, researchers have begun to understand the life history of the mysterious bird. Dr. Delphine Angst of the University of Cape Town, South Africa commented:

The new researcher revealed that Dodo chicks hatched in August and grew quickly into their adult forms out of necessity for survival before cyclone season in November to March. Although they grew to full size, researchers believe the species took years to reach sexual maturity.

Understanding how the species lived before invasive species and humans is crucial to understanding their evolution, explains Dr. Angst:

So that’s one step to understand the ecology of these birds and the global ecosystem of Mauritius and to say, ‘Okay, when the humans arrived what exactly did they do wrong and why did these birds became extinct so quickly?’

Clarifying the natural history of the large Dodo will clarify the impacts humans and invasive predators. Finally, researchers would understand how these threats drove a population from thriving to extinct in a mere century.