Once considered to be Extinct, the Waigeo Brushturkey is alive, but with a small population size, extinction is still a real threat for this species.

Most people wouldn’t expect turkeys to be at risk of extinction, but in the case of Waigeo Brushturkey, also known as the Bruijn’s Brushturkey, most peoples’ impressions are wrong. In fact this endangered species of Turkey was once believed to be Extinct, but was rediscovered in 2002 in the mountains of Waigeo Island, Indonesia. 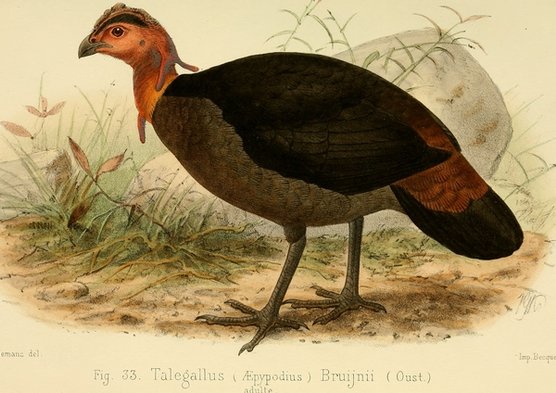 The Brushturkey population consists of approximately 1,400 individuals spread throughout the mountains of the island. However, even in this remote part of the world, these turkeys are not safe. The population is under increased threats by a number of factors, including habitat loss, hunting, and predation by invasive feral dogs.

Island restoration can support at-risk species like the Brushturkey–and that is certainly something to be thankful for.