The James Campbell National Wildlife Refuge in O’ahu, Hawaii has welcomed 15 Black-footed Albatross chicks (Phoebastria nigripes) to their new home this month. The chicks were born about three weeks prior on Midway Atoll, where approximately 90% of their population breeds. In the past the species has faced population decline due to feather and egg collection, predation by invasive rodents, and fishing bycatch. The chicks were relocated to safeguard the species, which faces a predicted future threat of flooding caused by sea level rise. 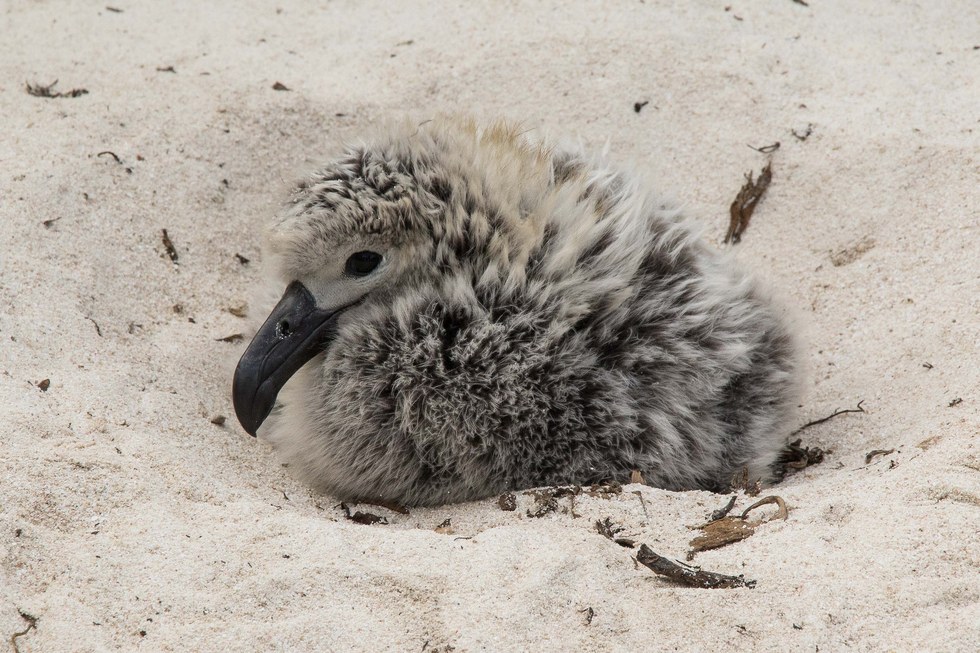 Midway is a low-lying atoll and wildlife refuge that provides habitat for a variety of threatened and endangered species. Here, Albatross are under increased threats due to sea level rise forecasted to destroy their nesting habitat. Moving chicks to O’ahu is an attempt to create a stable population in region that experience less impact from sea level rise. Eric VanderWerf, President of Pacific Rim Conservation explained:

A new colony is important for this species in particular because it nests mostly on low-lying atolls that are at most a few meters above sea level. Climate change has already impacted this species by washing away thousands of nests on low atolls in the Northwestern Hawaiian Islands.

Conservationists believe that relocating the birds is the first step to ensure the future success of the Black-footed Albatross. The chicks will be cared for and hand-fed at their new home for the next four of five months before they fly out to sea on their own. Researchers hope that the chicks will come back to O’ahu to breed on higher ground and help establish a thriving population.