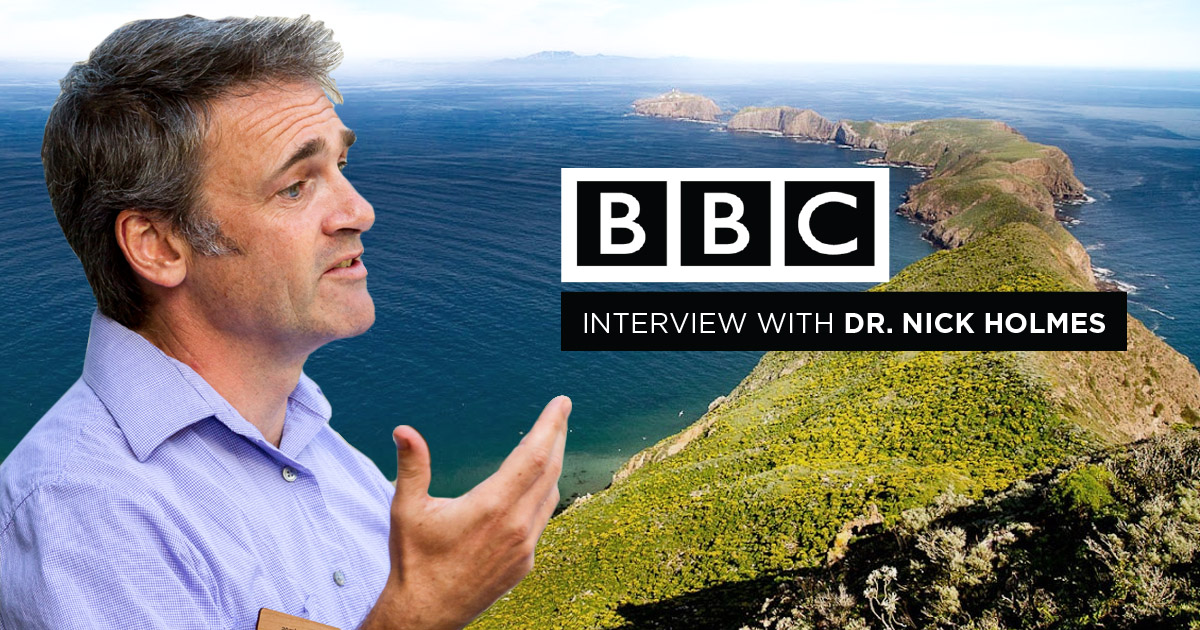 The BBC Newsroom features Dr. Nick Holmes, lead author on a new study which identified 169 islands where the removal of invasive species can help curb the extinction crisis.

Listen to the interview with Dr. Nick Holmes on BBC’s The Newsroom at 14:30.

Invasive species are one of the leading causes of extinction on islands around the world, and removing them is one of the most effective conservation actions available today. Decades of research have proven the effectiveness of removing invasive species and restoring island ecosystems.

New research published in PLOS ONE identified 169 islands where the removal of invasive species is socially, politically, and technically feasible to begin by 2030. Restoring these islands would ultimately benefit 111 species or 9.4% of highly threatened island vertebrates. Island Conservation Director of Science, Dr. Nick Holmes, explains:

What we have in our paper is a story of hope. These are places in the world where we can direct or attention.”

Restoring these islands is possible and follow almost 1,000 examples of successful projects where removal of invasive species restored an ecosystem. Dr. Nick Holmes points to the removal of invasive rats from Anacapa Island by Island Conservation, the Channel Islands National Park, California Department of Fish and Game, the U.S. Fish and Wildlife Service, and the National Oceanic and Atmospheric Administration which allowed the native Scripps’s Murrelet to thrive and spared the species from being listed as “Endangered.”

Listen to the interview with Dr. Nick Holmes on BBC’s The Newsroom at 14:30.