Nearly a dozen islands off the Queensland Coast will close to the public while conservationists implement a project to protect the native ecosystem by removing invasive rats.

Six far-north Queensland Islands, including the Frankland and Northern Barnard Islands, will be temporarily closed as Queensland Parks and Wildlife Service officers carry out a three-week pest control program. These islands are struggling from the damaging impacts of invasive rats. The black rats present a serious threat to thousands of nesting seabirds that live in the Great Barrier Reef world-heritage area. It is believed that the rats made their way to the islands by rafting over on longs during flooding events or by stowing away on boats. Ranger Warrick Armstrong commented:

They cause major extinctions and a decline in island biodiversity around the world, and we certainly know on our Australian islands they have a huge impact on nesting seabirds.

These six islands, like many islands around the world affected by invasive species, play an important role in seabird and migratory shorebird life cycles. Rats eat seabird eggs and hatchlings, and the nesting birds can’t simply lay their eggs elsewhere—this is their designated breeding ground. 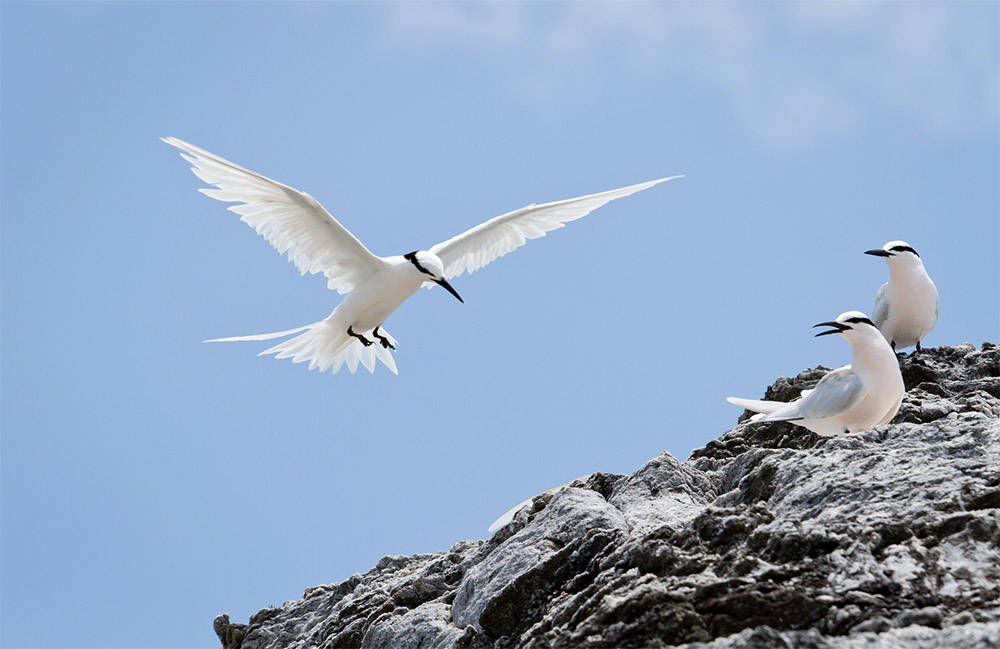 This effort builds on a previous project to address the rat problem on the islands. In 2000 on the nearby South Barnard Islands, a control program was implemented. Armstrong said:

We’ve seen a huge return of seabirds to that area since that eradication program.

Hopefully this restoration project will lead to the successful removal of the invasive species and the native habitat will be able to recover and flourish once again.