Research finds only one third of people have a general understanding of biodiversity which points to a need for increased environmental education as a foundation for wildlife conservation.

As our world today faces the sixth mass extinction, impacts of climate change, and future environmental crisis, the term biological diversity or “biodiversity” is everywhere in the media. Despite its sustained presence, research has shown there is a lack of understanding when it comes to the definition of biodiversity.

Biodiversity refers to the variety of life on earth at every level including species, genetics, and ecosystems.

This misunderstanding and confusion was made evident by a recent survey conducted by Australian ecologists of Deakin and Charles Darwin Universities. The ecologists asked 499 residents of Victoria, Australia “What does the term ‘biodiversity’ mean to you?”. Only a third of the respondents showed some scientific understanding of the term. The researchers found that the only determining factor as to whether or not a person knew the definition was education.

As the world continues to be throttled and we settle into the unknown of the Anthropocene, biodiversity protection is more important than ever. This data brings up new troubling questions in the difficult battle against biodiversity loss. Do people understand the severity biodiversity loss? How can we expect people to protect something they know little about?

As more and more research emerges, showing the true impacts of biodiversity loss, our world will continue to pursue new approaches to conservation. Tackling the regions where wildlife needs the most help.

Islands are often considered biodiversity hotspots due to the variety of species that have evolved to thrive on these remote pieces of land. On island chains such as Hawai’i and the Galápagos, species have been shaped by the unique features of island living and host a more diverse group of species relative to the land area when compared to continental ecosystems.

The features of island living have led to a high number of endemic species, meaning these species are found nowhere else in the world. Island species have often never evolved alongside introduced predators, such as domestic cats, black rats, or house mice, and are not adapted to predation by these species. This makes island wildlife susceptible to the threat of invasive species. Luckily, restoring islands by removing invasive species is an extremely effective conservation action—preventing extinctions as well as benefiting communities and nearshore marine ecosystems.

By protecting some of the most vulnerable ecosystems, we can conserve biodiversity. This will require more environmental education on a global scale, which will improve understanding of what biodiversity is, making people more likely to protect the variety of life on earth. 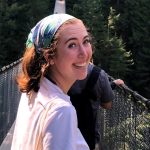 Addison is a fourth year at the University of California Santa Cruz where she is double majoring in Environmental Studies and Politics. Addison's interest in politics and her deep passion for the environment has sparked her desire to pursue conservation. In her spare time, she enjoys hiking, swimming, and visiting the state parks in the surrounding area. Addison is excited to be helping the philanthropy and communications teams to assist Island Conservation in preventing extinctions!