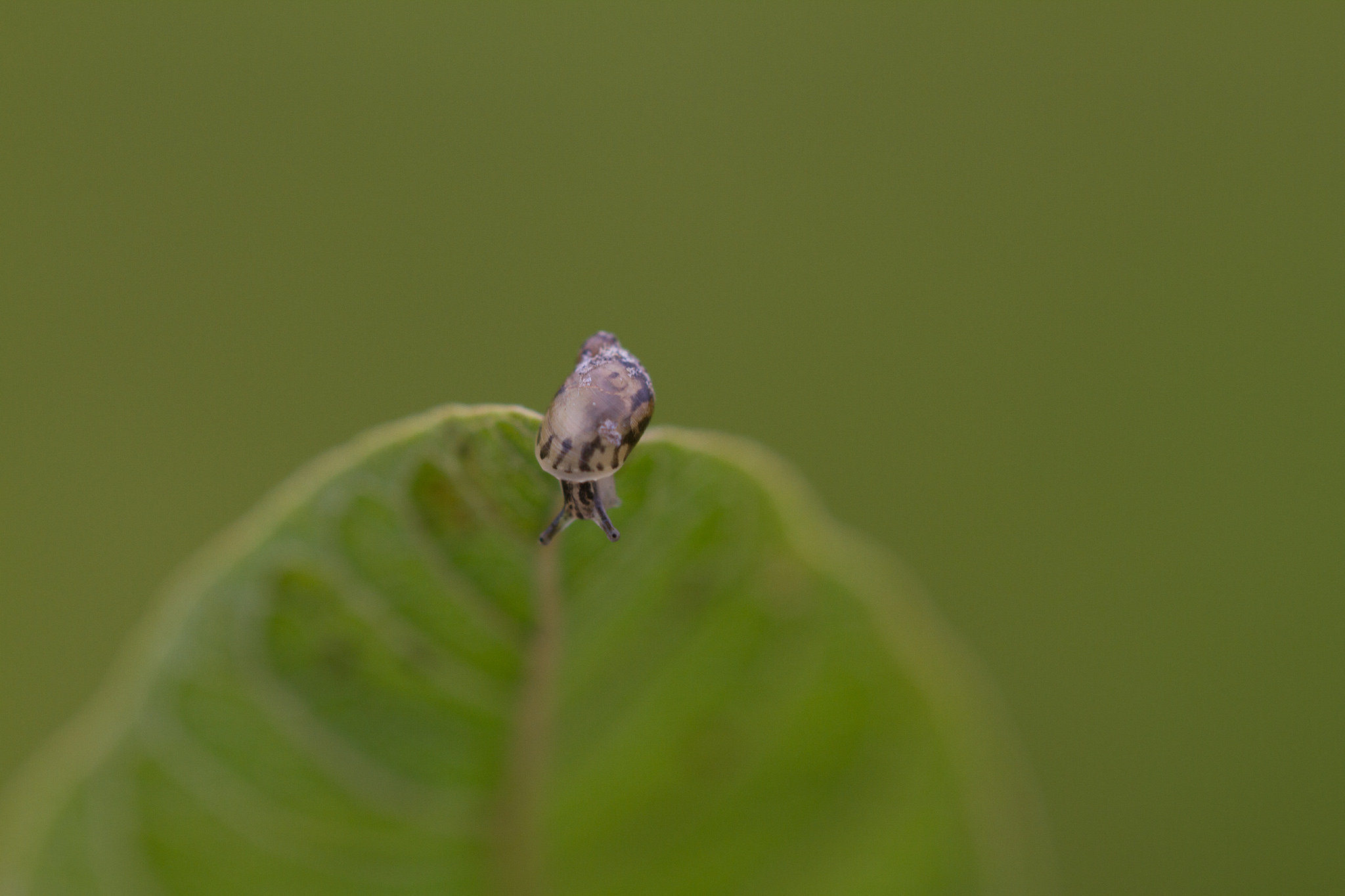 Snails, though not exactly a widely celebrated species, have much to offer.

They may not be as popular or charming as the world’s widely-recognized endangered megafauna (tigers, elephants, rhinos, pandas, etc), but snails are important for ecosystems functioning around the world. Snails are decomposers–they break down natural material into smaller parts–and as such help to uphold nature’s cycle of life and death. Snails are also key prey for birds and other small animals. Some snails are carnivorous–these help manage prey populations. Many snails inadvertently donate their shells as homes to other species after they die. Hermit crabs, for example, are unable to grow their own shelters and will move in to empty snail shells. 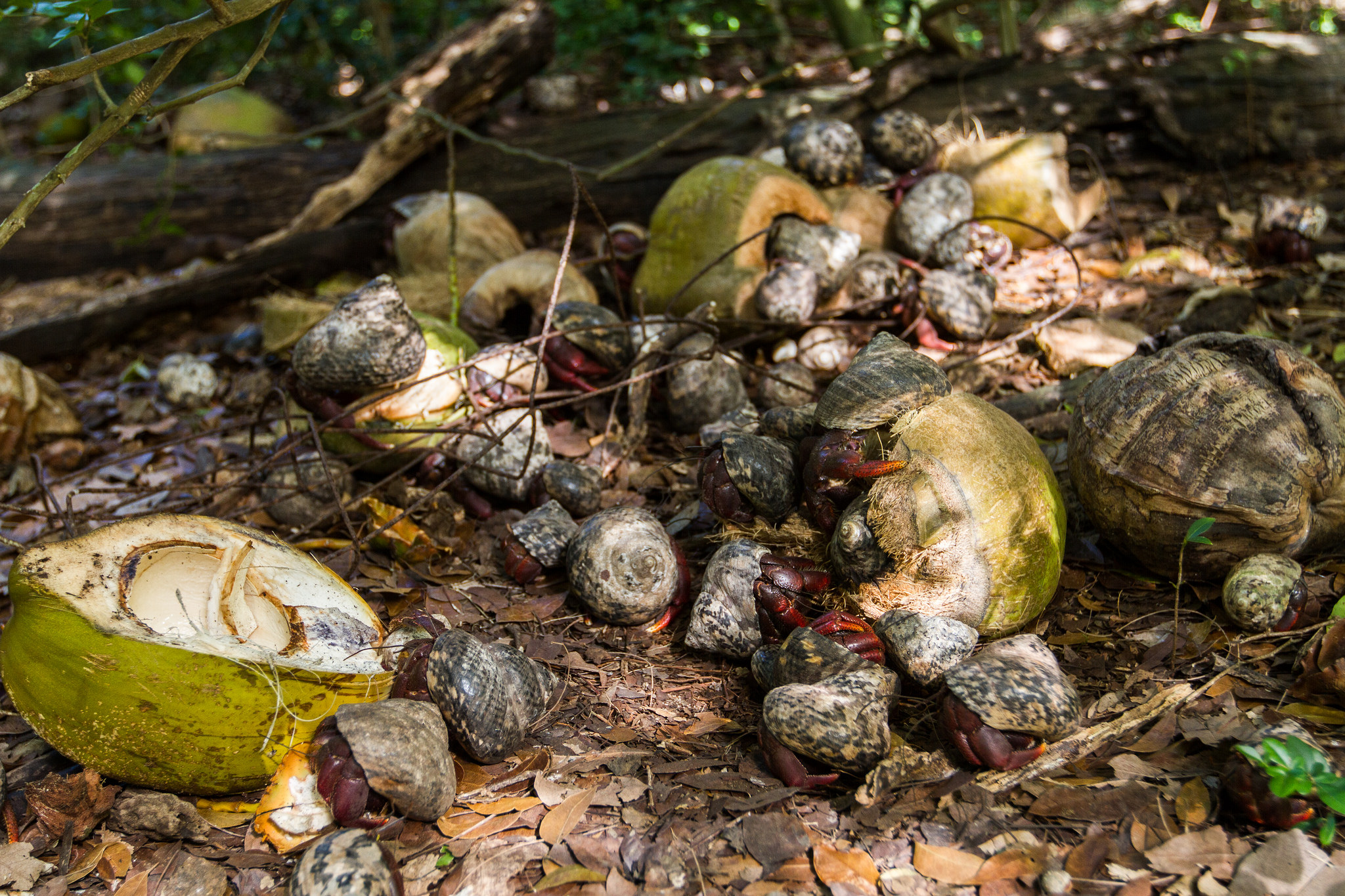 Hermit Crabs on like these on Mona Island, Puerto Rico, and others all around the world use shells from other animals, like snails, to keep themselves safe. Tommy Hall/Island Conservation

If snails were to disappear from their native ecosystems, numerous relationships and processes would  be disrupted. This disruption is already happening around the world. For example, a Hawaiian snail Achatinella fuscobasis is Critically Endangered and being kept afloat by captive breeding. Alabama’s Leptoxis compacta‘s habitat has shrunk to an alarming size.

Not only are snails elemental to their ecosystems, but they are also important for measuring changes in the environment. Scientists can analyze snail shells to determine shifts in the environment. Researchers have been able to study ocean acidification through snail shell analysis, for example. On land, snails are sensitive to moisture and shade in their habitats. If they’re habitat becomes dry and they begin to die off, it signals an alarm bell for the ecosystem. Rebecca Rundell, assistant professor at State University of New York says,

It might give you a chance to change course…to detect subtle changes that humans might not otherwise be able to see until it is too late. 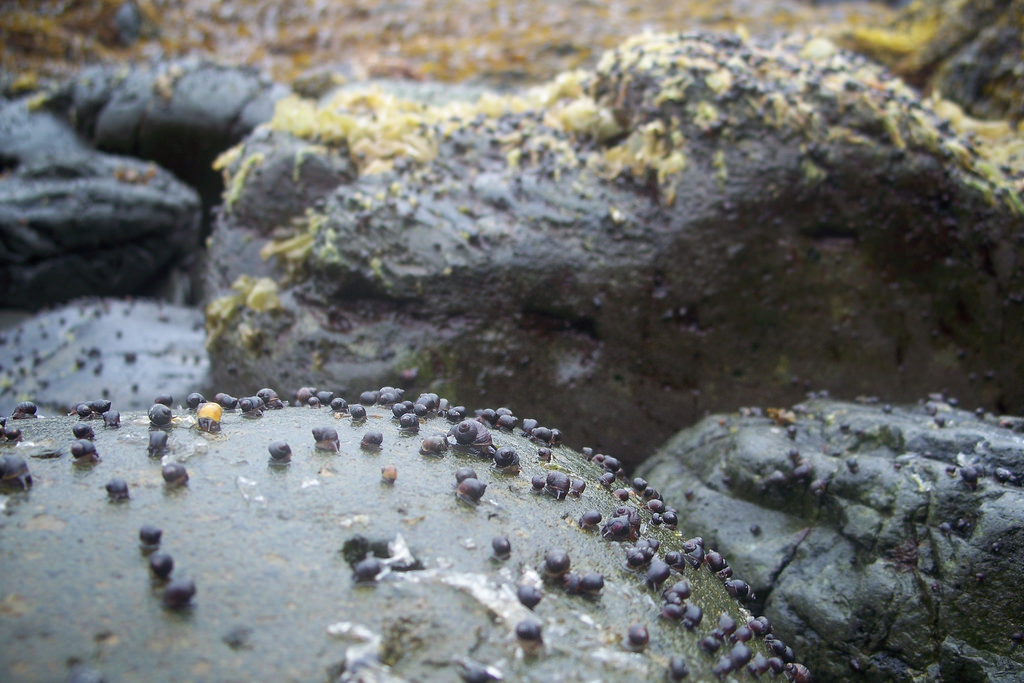 The fact that many of these land snail species have small geographic ranges and that there are many species, make them fascinating subjects for learning about how life on Earth evolved…scientists really rely on groups like Pacific island land snails to tell life’s story.

Snails are not well-researched and thus conservation strategies are weak. To prevent snail extinctions, we need to better understand their roles and needs in the ecosystems they are part of, and learn how they fare in captivity. Rundell notes,

Ultimately what is most important for land snails is the human element: people working together to protect what is most unique, precious, and irreplaceable on these islands—native forest.

In 2013 Island Conservation worked on Rabida Island, Galapagos, removing invasive rats that were threatening rare species. The conservation intervention was meant to protect Darwin’s Finches and other endemic island species. However, to the biologists’ surprise, the Rabida Snail, believed to be extinct, crawled out from hiding once the rats were gone. 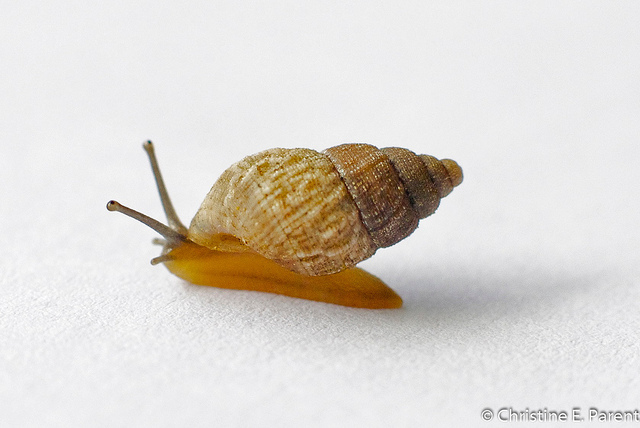 The Rabida Snail was rediscovered on Rabida Island post invasive-species removal. If is found nowhere else on Earth. Christine E. Parent/Island Conservation

Humans may have a propensity to connect with and protect species that are beautiful, impressive, or charming. Of course, ecosystem functionality depends on biodiversity–on a great variety of plants and animals, not just the ones that make an impression on us. Nature does not entertain categories like “charismatic” or “charming.” Nature needs its worms, insects, bacteria, and snails.

Recognizing the network of relationships that holds species and environments together helps us to focus on ecosystems as wholes. Ecological awareness facilitates understanding of the significance of a given species in a larger context. Looking past individual species and looking at their relative positions within their environments paves the way for effective conservation.

We can continue to celebrate and protect striking and charming species, but efforts to save these and other species from extinction are enhanced by recognition of the bigger ecological picture–of the great variety of plants and animals, charismatic or not, that make ecosystems tick.