In recent years the Spotted Quoll population in Otway National Park has been declining rapidly where invasive feral cats and foxes are present.

The Spotted Quoll is a species that goes by many names—tiger quoll, tiger cat, spotted-tailed dasyure—but one thing is known for sure: they face serious threats. The species is currently listed as Near Threatened according to the IUCN Red List, but in areas such as the Otway National Park in Victoria populations are particularly small and continuing to decline.

This nocturnal marsupial, the smallest of the Quoll species, is easily distinguishable by white spots on its body and tail. Conservationists are concerned that if action is not taken soon, these rare animals could start to shift toward being Endangered. One major factor in the decline of Spotted Quolls is the increase of invasive feral cats and foxes in its habitat. For a species that requires a large range, having these invasive species around is a big problem. 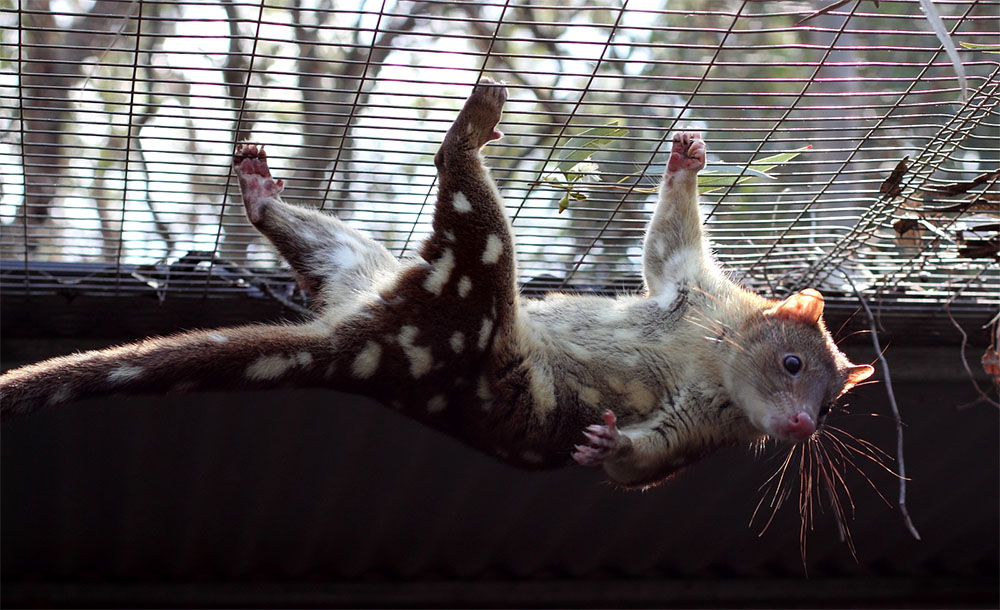 The original reason for creating a reserve at Otway was to protect Quolls and other native species from negative impacts such as habitat loss. However, the continued decline has suggested that a more active approach to conservation for the Spotted Quoll is necessary. Dr. Jack Pascoe from the Conservation Ecology Centre commented:

The assumption was that by preserving so much country in the national reserve system, conservation was going to be ensured. But we’re seeing more and more that without some sort of direct intervention, we’re going to lose many of our most threatened species. 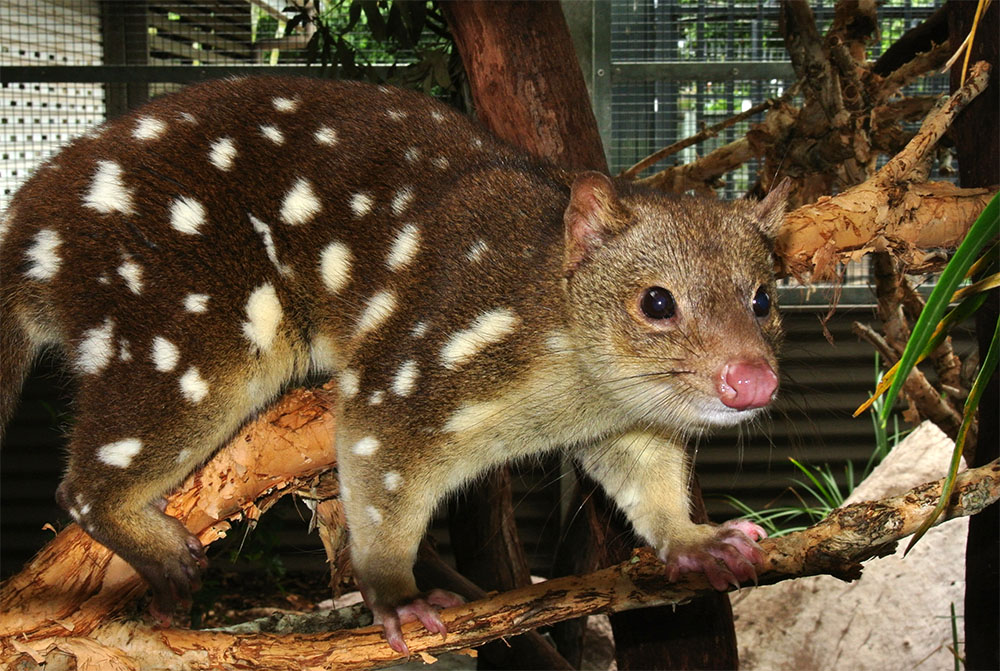 In order to figure out how best to protect the species, 380 night cameras have been set up throughout Otway. So far researchers have only found one Spotted Quoll on film, but they hope this will help them locate the best places for instating preventative measures against invasive feral cats and foxes. Cathy Longmore, a Ranger at Parks Victoria, explains:

[Cameras will help us] see what animals we have out in certain areas as well as how many foxes we have and how many feral cats we have. We can go back and see what we had in year one versus year five, ten and into the future, hopefully.

The Spotted Quoll is an important part of the ecosystem, but without these steps the effects of invasive species could one day be irreversible. By evaluating threats now, researchers can take action informed by hard data. Then, just maybe, these elusive animals can avoid the “Endangered” status that so many other species have received because of invasive species impacts. Early intervention is key to protecting native wildlife.