Hob Osterlund explains why removing invasive rats from Lehua is vital to the conservation of native Hawaiian seabirds.

Lehua is a tiny uninhabited crescent-shaped Hawaiian Island about eighteen miles southwest of Kauai. Steep, sparsely vegetated and about three hundred acres in size, most people have never heard of it, much less visited. It belongs to the U.S. Coast Guard, which uses Lehua for a lighthouse. The Hawaii Department of Land and Natural Resources (DLNR) has a permit to maintain a seabird sanctuary there. 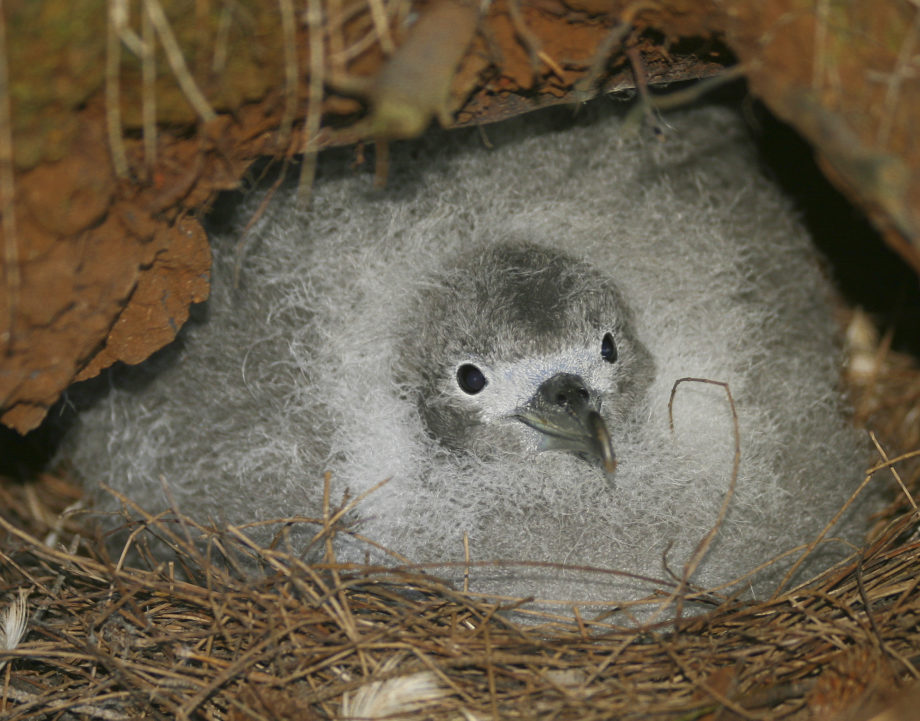 It’s extraordinary how many inhabitants might live on an island commonly referred to as “uninhabited.” Seventeen species of seabirds are seen on Lehua; nine species nest there. Albatross, shearwaters, boobies, tropicbirds and petrels make Lehua one of the most diverse seabird breeding colonies in the state. 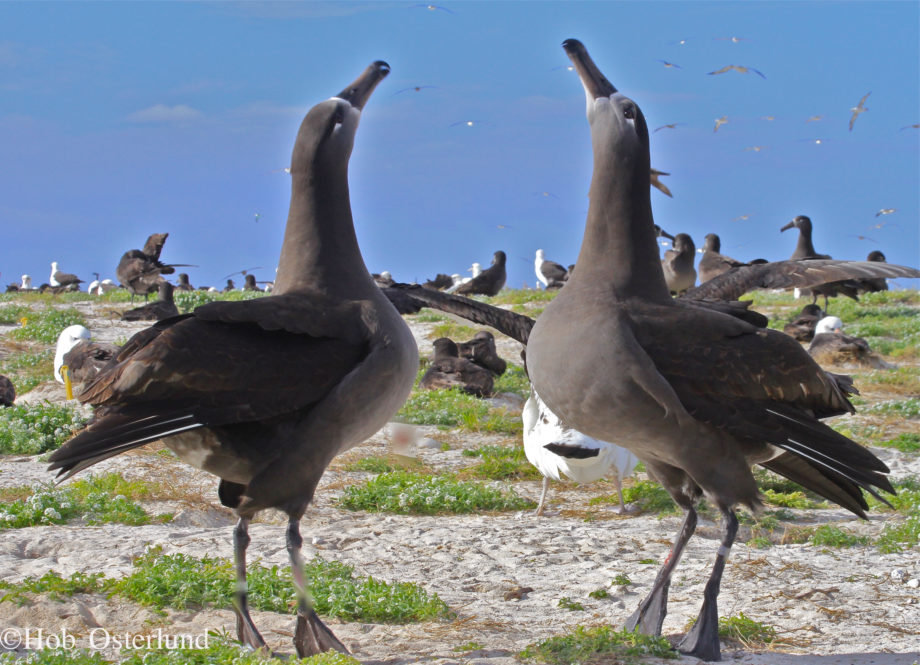 The problem, not unlike countless islands worldwide, is rats. The invasive rodents are deadly to eggs, chicks, and even adult birds. Rabbits were once a problem on Lehua too, but they were removed in 2006. In 2009, a rat eradication attempt fell short of the goal. To have been successful, every last rat had to die. They breed young, often and in large litters. It didn’t take long for a handful of survivors to thoroughly repopulate the island.

Nor have the plants on Lehua been spared. Through herbivory and seed predation, rats are destructive to the sparse vegetation that helps to prevent the shallow windblown soil from washing onto the reefs below. To add insult to injury, the rats have also been eating a native marine gastropod mollusk called opihi, a hugely popular delicacy among Hawaiians.

In short, rats offer zero benefits to Lehua. You’d think an eradication plan would be met with enthusiastic support from all quarters. 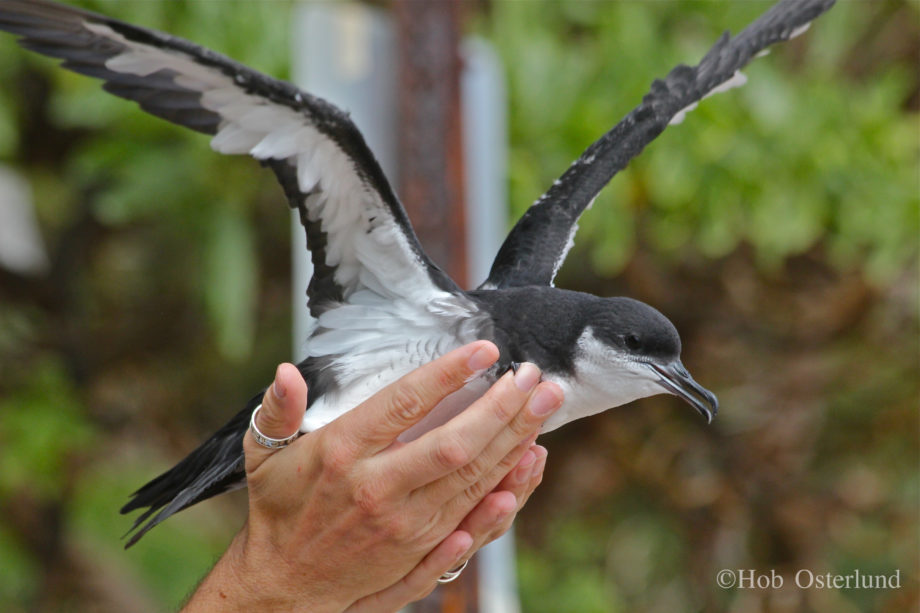 Endangered Newell’s Shearwaters will be safe to nest on Lehua when rats are gone. Photo: Hob Osterlund

Not so. When a comprehensive plan to drop pellets of diphacinone—a blood thinner not dissimilar from Coumadin (warfarin) given to millions of human patients to prevent blood clots—was announced, there was an immediate and negative public reaction. Despite the absence of native avian or mammalian predators and the likelihood of negligible collateral damage. Despite the fact that the rodenticide had successfully eliminated rats from hundreds of islands around the world with virtually no harmful impact on surrounding reefs, fish or marine mammals; despite years of planning by a comprehensive steering committee; despite coordinated efforts of state and federal agencies along with private non-profits and leadership by Island Conservation armed with dozens of permits.

A “Stop the Drop” petition was circulated and gathered more than six thousand signatures. The inflammatory headline read “Stop the Drop of 10+ TONS of RAT POISON on Hawaii’s Lehua Island!!!”

With such a dramatic title, it was easy for many people—even among those who consider themselves environmentalists and bird lovers—to picture a tropical island and its surroundings destroyed forever by thousands of gallons of RoundUp. 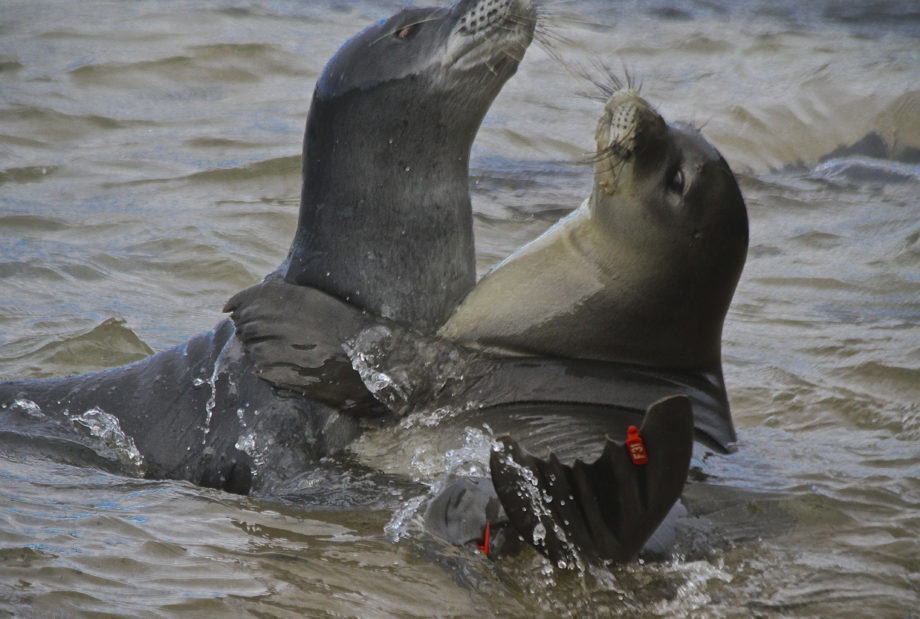 The “poison” subject was already touchy. For years Kauai had been in a nasty national battle over GMO crops and the use of multiple herbicides. Native Hawaiians have very legitimate reasons to distrust the federal and state government, and many of them consider Hawaii to be an illegally occupied nation. Passions run high on these topics. On the surface, the rodenticide looked like yet another assault.

In this case, however, the diphacinone drop was based on solid science. The intervention had a good track record of success. Countless conservationists were in favor. Support letters, such as this one and this one, appeared in the Garden Island Newspaper.

Rumors persisted. Fishermen were worried about loss of access and income. Some people predicted a massive fish die-off. Others said Lehua was being used as a guinea pig for untested poisons. Greed was suspected, and some doubted whether there really were rats on Lehua at all. Others said rats were sentient and should be allowed to live. Hawaiian activists wanted to know how the Coast Guard had gained ownership of the island. (Ownership was transferred in the 1920s to build and maintain a lighthouse.) People pressured the governor to call a halt to the project.

In order to offer public outreach focused on the eradication itself, I joined colleagues on social media, the local newspaper and community radio. Short factoids were provided. The bait was more than 99% cereal. Ten tons of bait contained one-half pound of diphacinone. Diphacinone was a blood thinner similar to a drug taken by humans to prevent blood clots. Rats were highly sensitive, fish were highly insensitive. There were no native predators who might die from consuming a rat. Whales did not consume any food at all while in Hawaiian waters. Opihi, octopus and other invertebrates could not metabolize the drug. Corals would not be harmed. Every effort would be made to keep the bait out of the water. Pellets would not be dropped if winds were greater than twenty-five mph. All necessary permits had been issued. The procedure had been successful on more than six hundred islands worldwide. To be effective, every last rat had to be gone. 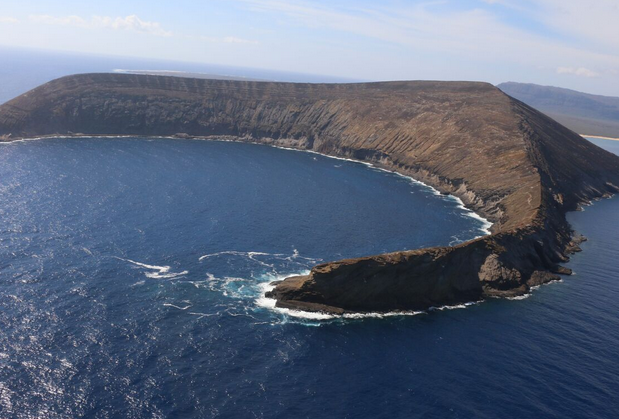 The Hawaiian island of Lehua. Photo: Hawaii Dept of Land and Natural Resources

Although many folks cheered the plan, others distrusted the information. Each point was challenged, then quickly replaced by another challenge, and another. It sometimes spiraled into name-calling and conspiracy theories.

Early on August 23, the first series of three helicopter drop-offs began at daybreak. They came off without a hitch. Official observers were on the ground and on boats. There was an estimated 90% chance of full success. The Garden Island newspaper published a front-page piece, the text of which reflected a balanced perspective. The inflammatory headline, however, shouted “POISON DROPPED” in inch-high letters. By the time of the second drop a week later, however, the tone had become more nuanced. The Garden Island ran a (smaller) headline “Second Bait Drop Over Lehua Completed.” Maui Now reported “Second Rodenticide Application Dropped on Lehua Island.”

We will not know for a year whether the pellets have killed all the rats. Whatever the result, high offshore islands like Lehua are vital to the long-term survival of many threatened seabird species as sea levels rise from climate change.

Equally vital will be our ability to build rapport in new places. Imagine how much easier it would be to apply scientifically strong conservation if fear, distrust and inflammatory reactions were not confusing the conversation.