A month after the final stage of Operation Lehua, there are no signs of invasive rats on the island and plenty of seabird chicks.

LIHUE — Not a single live rat has been reported on Lehua since the rat eradication project’s three aerial applications of rat poison in August and September.

Instead, the island is buzzing with fluffy seabird chicks, eating their way to fledgling season, said Andre Raine, who was on Lehua Sept. 25-28 with Kauai Endangered Seabird Recovery Project.

The island was full of fat, healthy wedge-tailed shearwater chicks and we saw no negative impacts of the bait drop,” Raine said. “Nothing to indicate that the birds, marine mammals or fish on and around the islet had been in any way impacted by the bait drop. 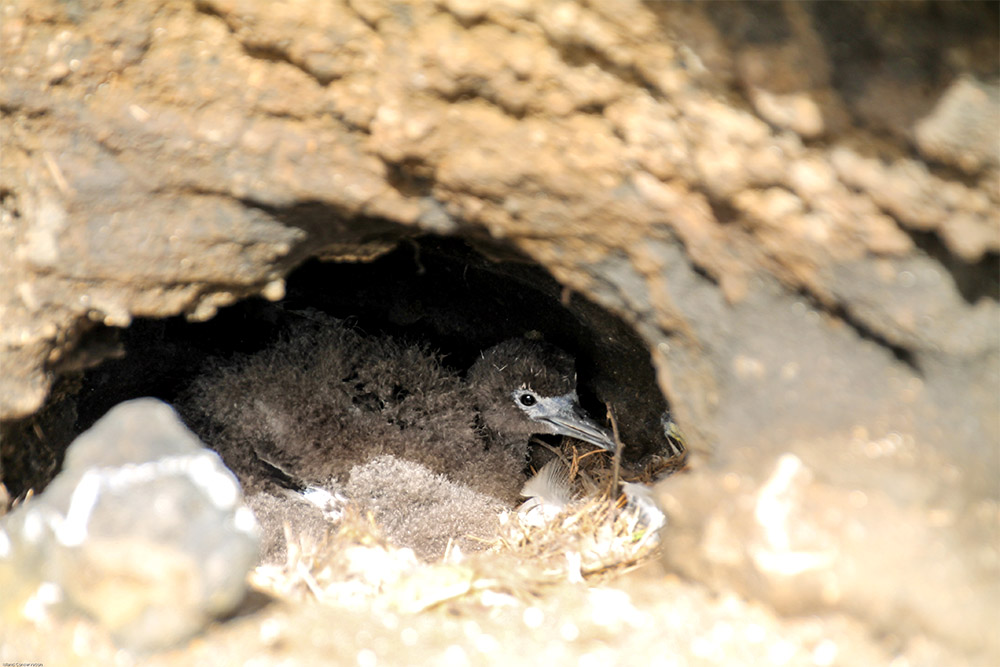 KESRP is part of the monitoring effort after a state and federal project to kill invasive rats on the 279-acre island was completed Sept. 12 with the last aerial poison application.

But the entity has been visiting the islet three times annually for many years, Raine said, to obtain population estimates for burrow nesting birds.

We have many years of data now from pre-rat eradication that we can compare in subsequent years to look at the overall effectiveness of the rat eradication project,” Raine said. “I am really excited to see what it is going to look like in years ahead.

The state’s Department of Land and Natural Resources’ first stab at Lehua rat eradication was in 2009. The attempt failed because of the time of year and weather conditions, according to DLNR. 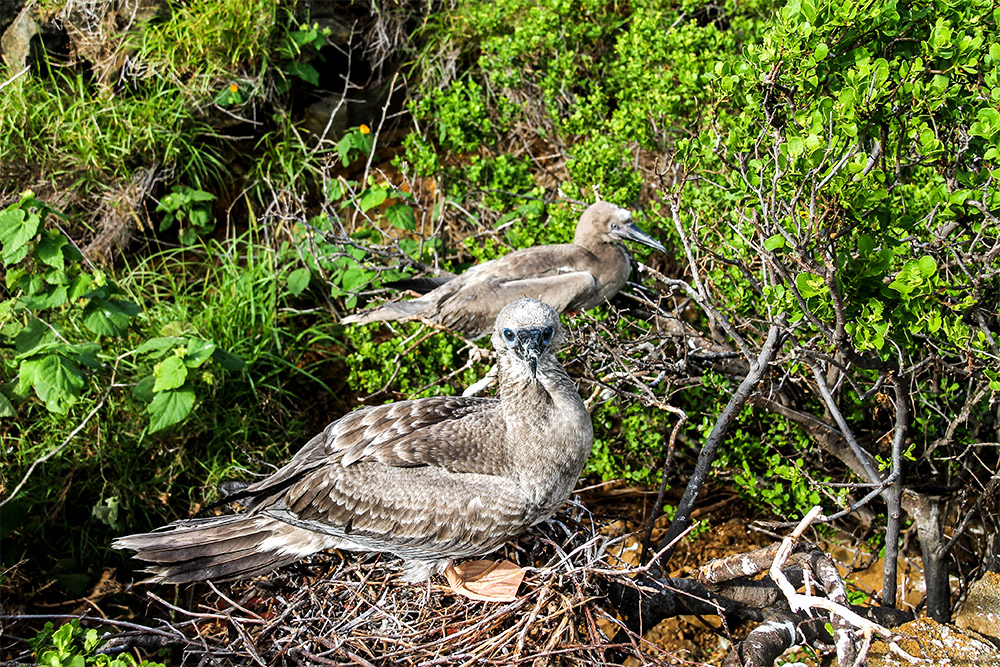 The first project was executed in January 2009. That same month there was a fish die-off on the other side of Niihau, located less than a mile away.

The public was concerned about a connection, but DNLR says no scientific evidence exists to link the two events.

Island Conservation led the 2017 project. Three drops of a total of 10 tons of bait laced with the rodenticide diphacinone were done on Aug. 23, Aug. 30 and Sept. 12.

Between the second and third bait drop, on Sept. 5, the state confirmed a monitoring team had collected 45 dead mullet fish and two dead brown booby birds from the inter-tidal waters on the north side of the island.

Samples from those carcasses are now with the U.S. Department of Agriculture, which is determining cause of death. Dan Dennison, spokesman for DLNR said:

It could be after the first of November and I think the other wild card is were the fish too degraded for them to get the lab results. 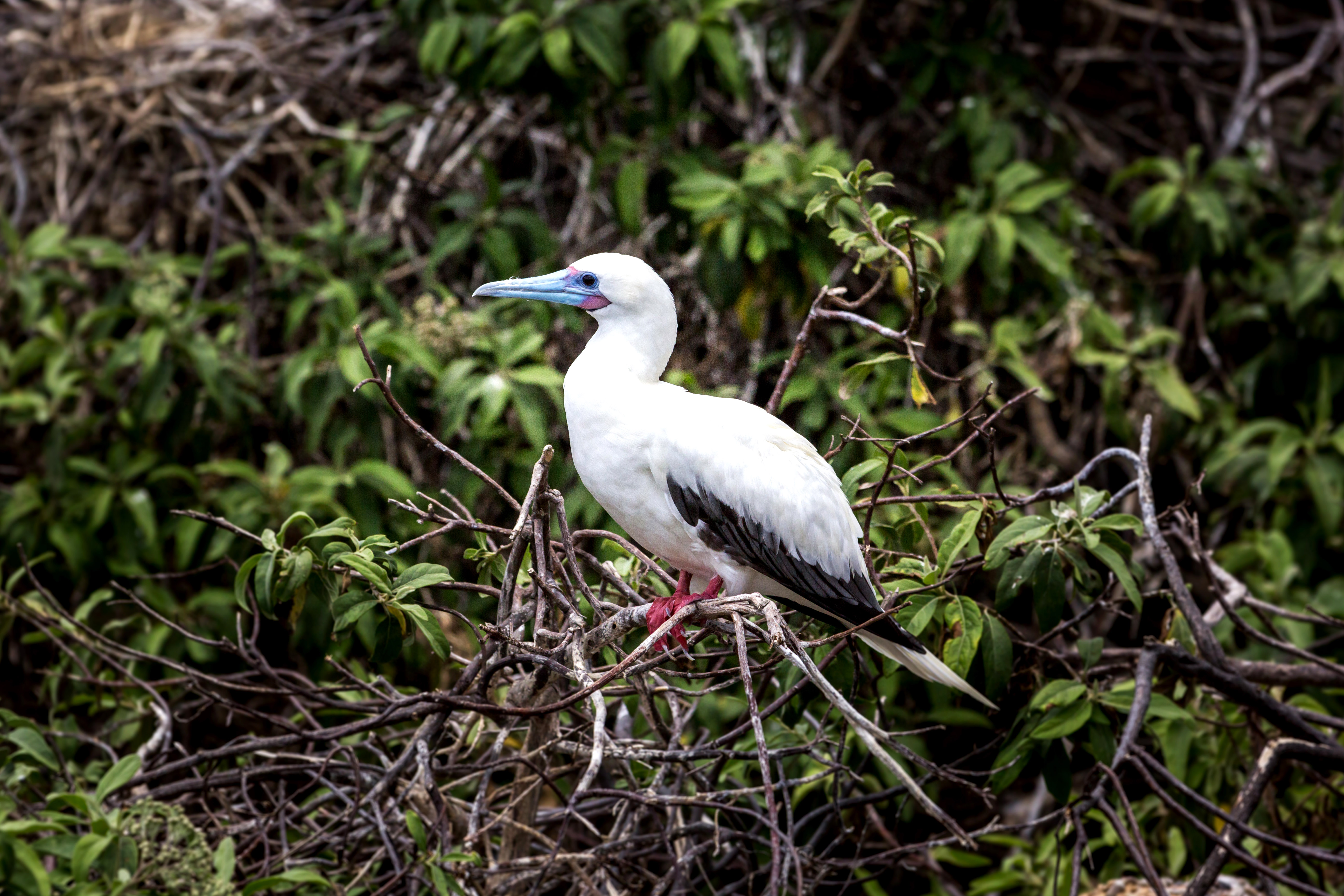 It’ll be a while before the latest project can be formally declared a success; monitoring is ongoing for a year and then there will be an in-depth project to assess whether or not there are rats still living on the island.

While they wait, Dennison has put together a 28-minute documentary for DLNR, detailing the story of the project. The goal is to make the project accessible, mainly due to the many questions swirling in the community about the safety of the project.

“So, not to put a spin on it, but to try to show people, up close and personal, about Lehua,” Dennison said. “It was extremely well-planned and a massive collaboration between experts and groups and agencies. Nothing was done in a vacuum.”

The TV special on Lehua, entitled “Lehua Island — Restoration of a Tropical Bird Paradise,” is set to air on KFVE-TV (K5) on Saturday at 6:30 p.m. It will repeat on Sunday at 9:30 p.m.