In 2016, seven of Hawaii’s sixty species of Yellow-faced Bees (genus Hylaeus) were added to the Endangered Species List. The bees are primary pollinators of the abundant Hawaiian Naupaka shrub. The decreasing population can most likely be attributed to nest disruption from invasive ants.

Little is known about the mating rituals of the Yellow-faced Bees of Hawaii. Jason Graham, an entomologist at the University of Hawaii, is currently researching a particular Hawaiian Yellow-faced Bee species, H. anthracinus. Graham has combined efforts with the U.S. Fish and Wildlife Service Pacific Islands Coastal Program Coordinator Sheldon Plentovich, to observe the reproductive habits of the bees. Plentovich commented:

There’s virtually nothing known about the mating behaviors of yellow-faced bees.

A typical Yellow-faced Bee rendezvous may look something like this:

A stationary female is swarmed by a cloud of male bees, each eagerly soliciting approval by poking the female. Eventually one male suitor will begin tapping his antennae with the female’s antennae, after which the pair intimately engage. This exchange can last anywhere from 5 seconds to 20 minutes. The function of the bees’ unusual behavior remains unclear. 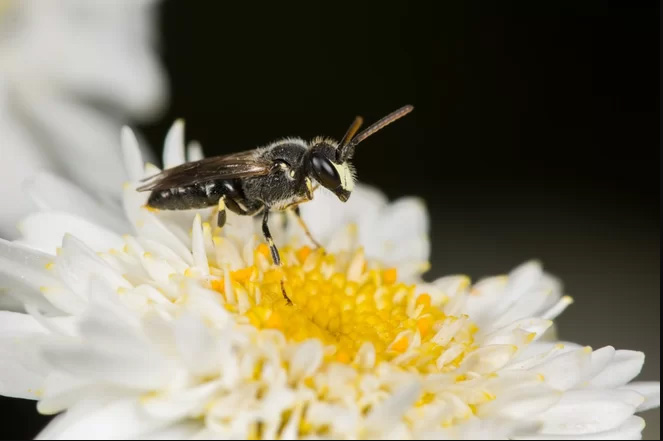 The Ants and the Bees

The invasive Little Fire Ants have extended their painful bites onto locals and wildlife alike across the Hawaiian Islands. Their presence in Hawaii has become especially detrimental for the Yellow-faced Bees. In addition to biting the bees, they rummage through their nesting sites, destroying the eggs. Unlike other species, a female Yellow-Faced Bee will only deposit one egg in their nest. Although this mechanism is energetically effective for the female, it makes the species incredibly susceptible to population decline. Graham noted:

That is one of the reasons why solitary bees tend to be more threatened than social bees, which lay tons of eggs.

Between the physical strain from the ants, and the reproductive rate of the bees, the endangered status of Yellow-faced Bees is not surprising. 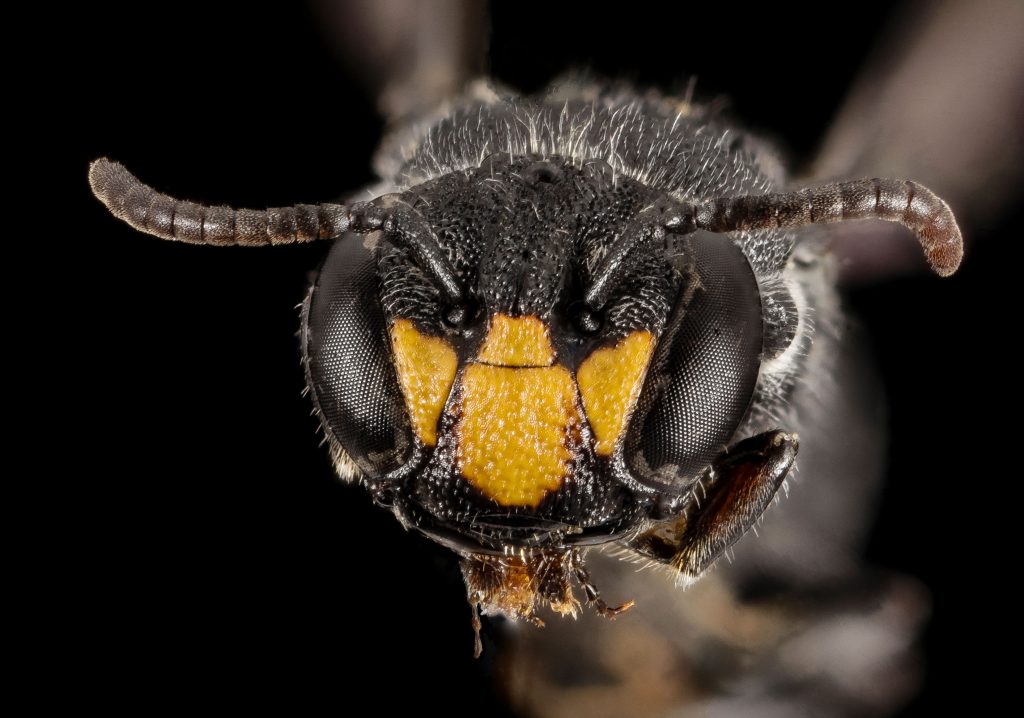 Graham and Plentovich utilized their observations to administer effective conservation. Graham has developed artificial nests covered in a sticky material that prevent fire ants from interfering with the eggs. These nests have proven effective, and female Yellow-faced Bees have been successfully inhabiting them throughout Hawaii.