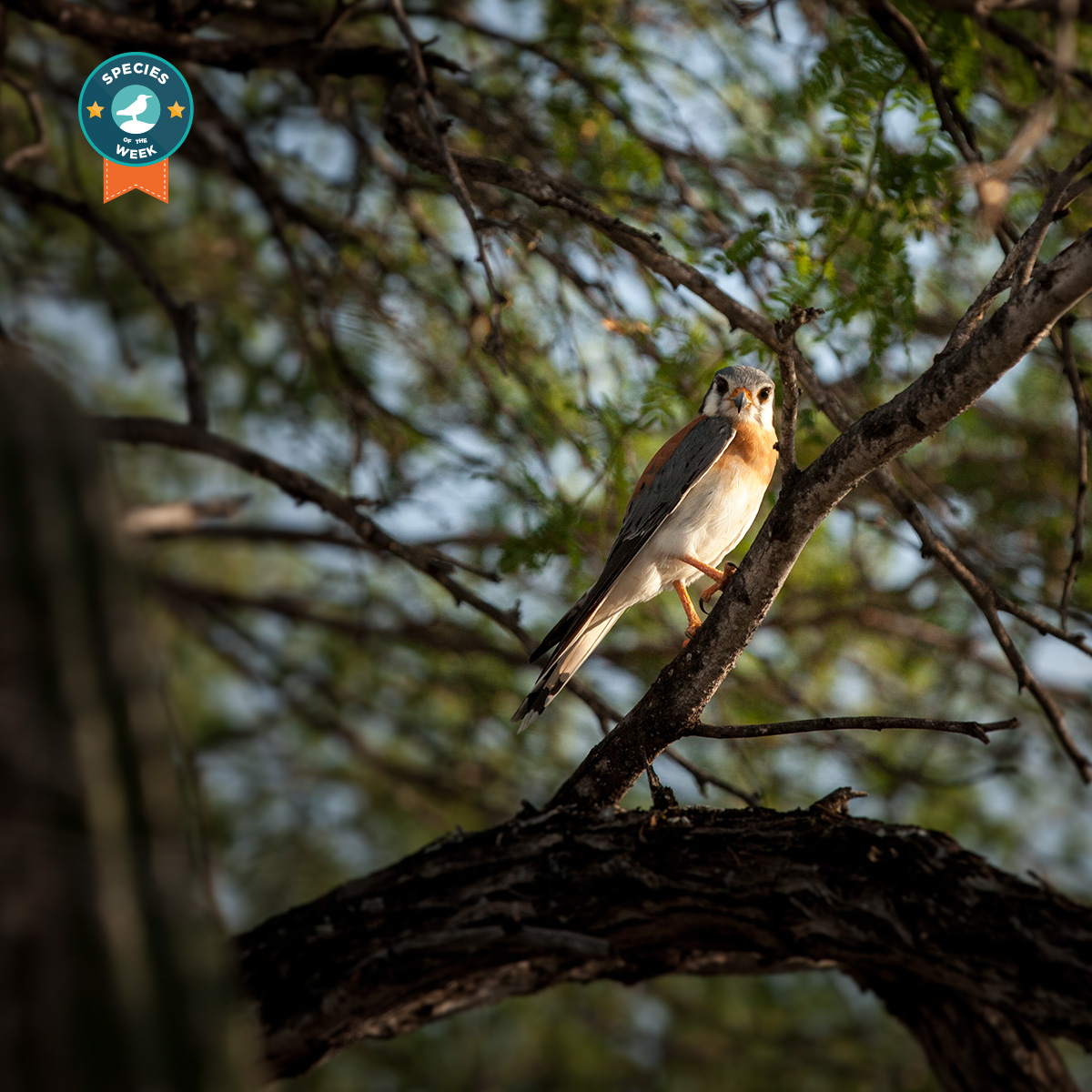 The American Kestrel is known for its exceptional eyesight. 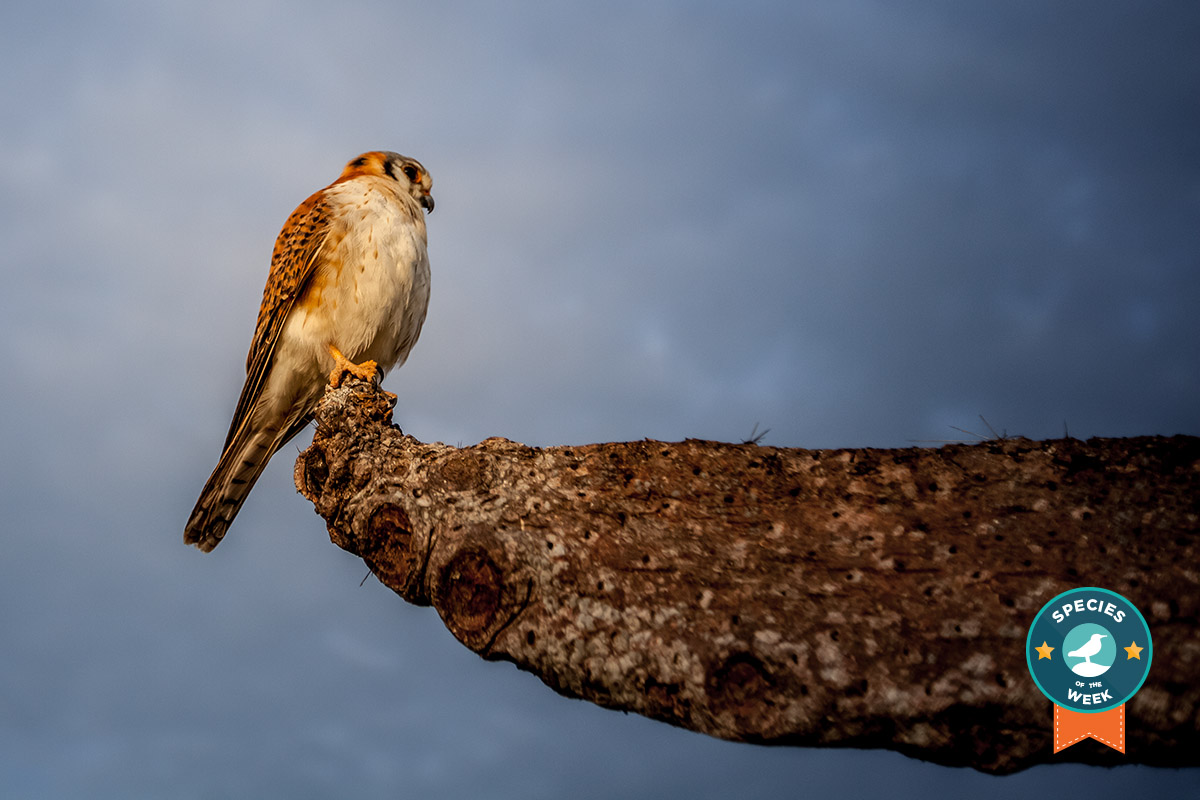 Once this bird spots its prey, it uses its sharp talons to snatch it up. 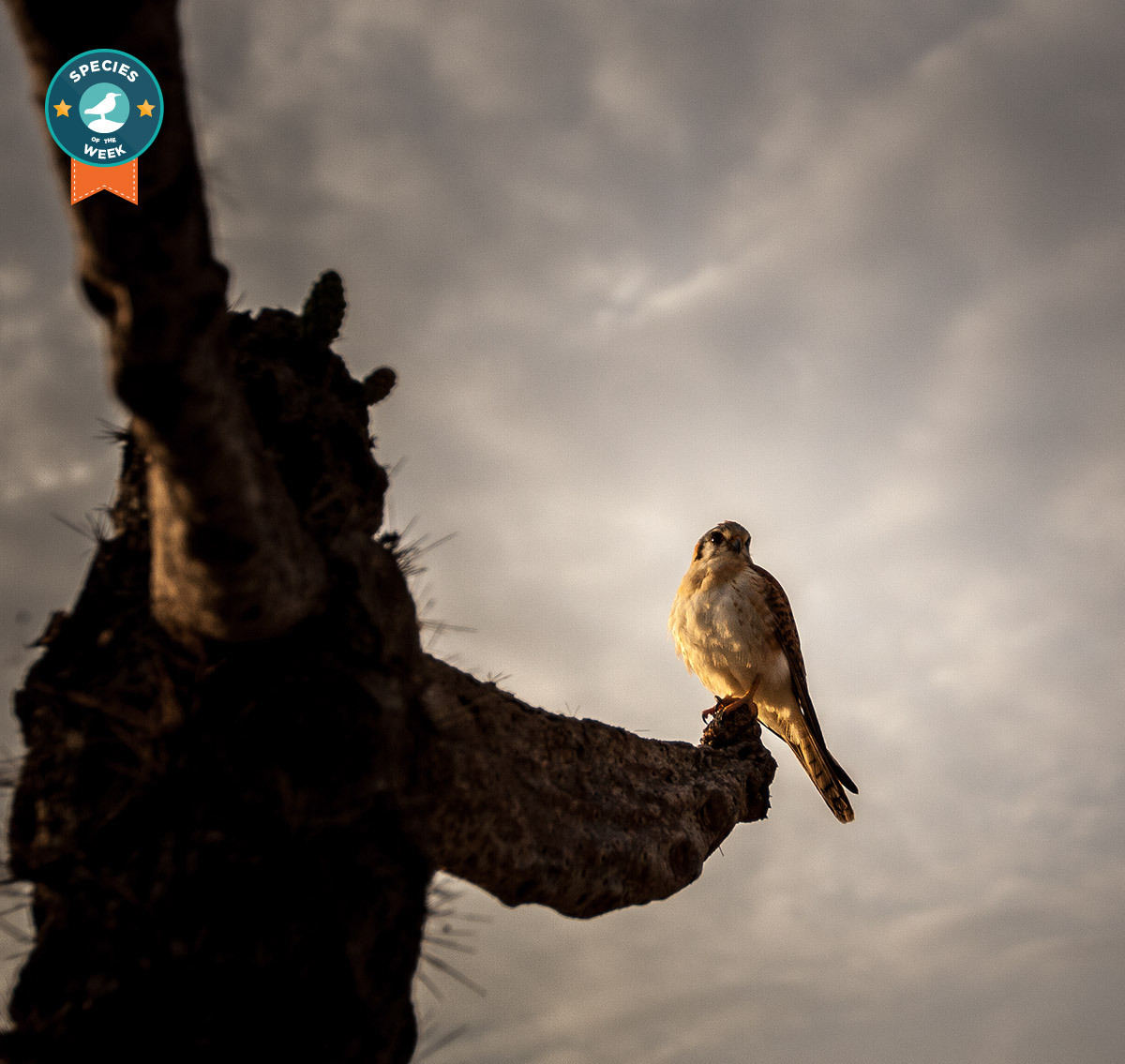 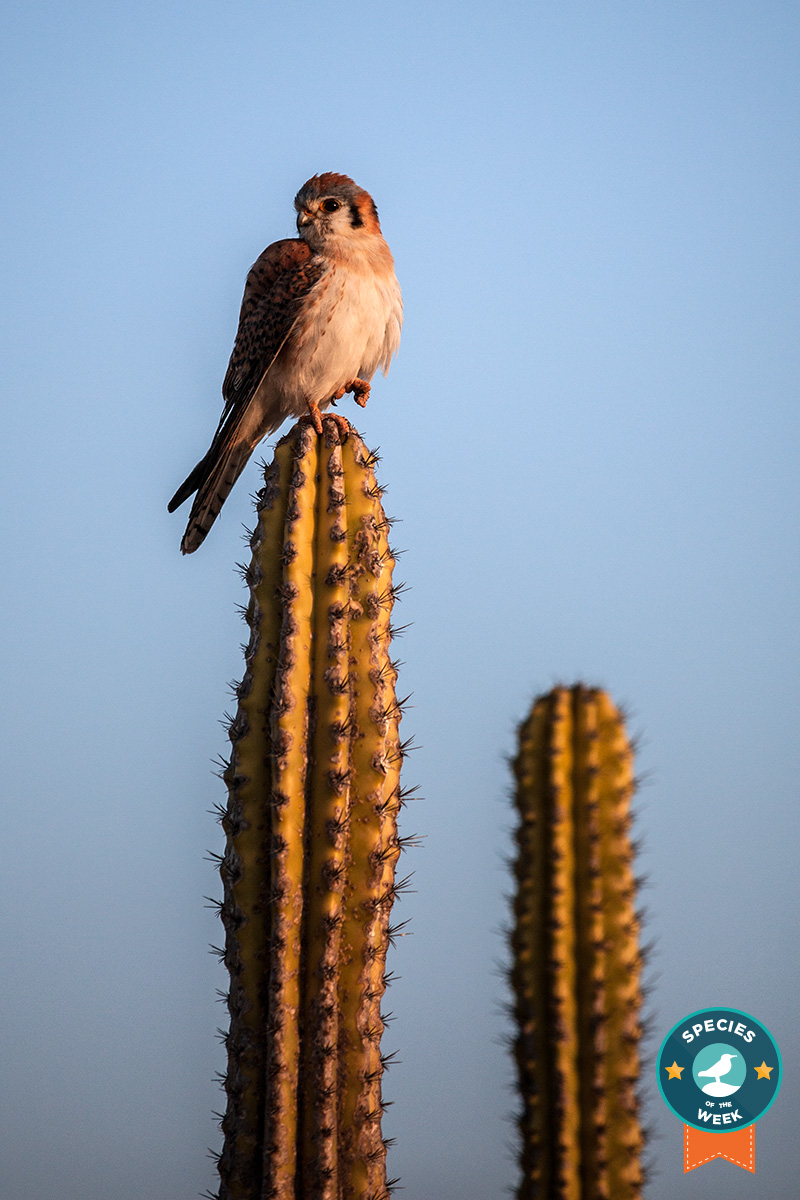 The American Kestrel can even catch winged prey in mid-air.