Sequencing the genome of the Endangered Pink Pigeon may help protect the rare bird from a human introduced pathogen.

The Pink Pigeon (Nesoenas mayeri) is an Endangered species on the Island of Mauritius in the Indian Ocean. The existence of the species is somewhat of a miracle considering that in the 1990’s its population fell to an alarming 10 individuals. Now the population hovers around 400, but the birds still face a number of threats.

The population faces threats of invasive species and a human introduced pathogen called Trichimonas gallinaeleaves, which is toxic to approximately 60% of Pink Pigeon offspring. The portion of the population that is not harmed appears to have some immunity to the pathogen. 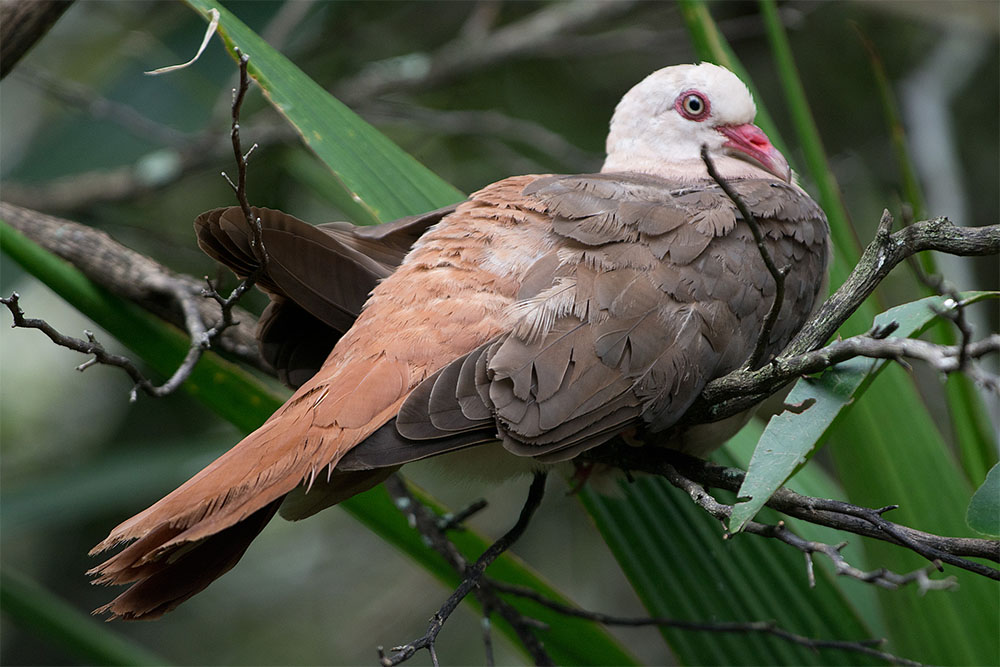 Pink Pigeons are a vital part of the Mauritius ecosystem. Credit: Sergey Yeliseev

Researchers at the Earlham institute and the University of East Anglia want the Pink Pigeon to be the first endangered bird species to have its genome sequenced. The belief is that by sequencing their genes, they can identify immune system genes that could protect them against the pathogen. The head of the campaign to sequence the Pink Pigeons genes commented:

Halting species extinction may be possible when the main cause of extinction has a genetic basis, particularly when genetic variation needed to supplement and rescue the species is still available in either the captive or wild populations. Our plan uses the pink pigeon to show how this can be achieved, creating a framework that could be easily transferred to other species across the world.

Sequencing the Pink Pigeon’s genome would give researchers more information to save the species from extinction. Pink Pigeons are an important part of the Mauritius island ecosystem–hopefully new research will help them thrive once again.