The Cobble Skink was discovered in 2007 but was discovered to be threatened by invasive species and climate change. Conservationists are stepping in to protect them.

Imagine stepping outside of your local pub and discovering a species that no one knew existed. This is exactly what happened to reptile expert Tony Jewell in 2007 when he spotted a small skink hiding in the cobblestones while walking out of a pub in Granity, New Zealand.

The “Cobble Skink” as it has been nicknamed is endemic to Granity and lives amongst the rocks that cover the beach. Researchers believe that the skink’s distinctive, large eyes help it maneuver through the dark crevices of the cobblestone beach. Unfortunately, these adaptations have not helped the skink avoid predation by invasive feral cats and rats or rising sea levels caused by climate change. 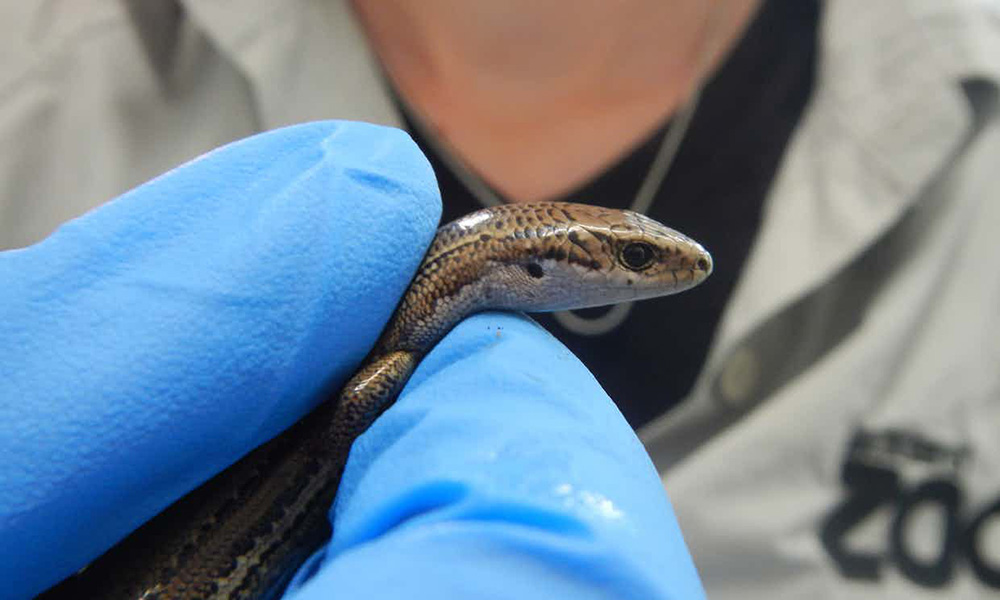 Researchers at Auckland Zoo identify individuals by the markings on the sides of their head. Credit: Auckland Zoo

After Jewell’s discovery, conservationists jumped in and found that only 30 individuals were left. Predation by invasive feral cats and rats has diminished the population, and sea level rise has washed a substantial portion of their habitat out to sea. Scott Freeman from the New Zealand Department of Conservation explained:

Historically, when the skink’s habitat has been eroded they have been able to migrate inland however, the area behind the beach is now covered in houses and lawns.

The Department of Conservation and the Auckland Zoo are stepping in to save the remaining skinks. In 2016 they started “Operation Skink Rescue” where they used artificial rocks covering funnel traps to collect individuals. Overall they caught 38 surviving Cobble Skinks and relocated them to the Auckland Zoo. Now the number has risen to 40 individuals after two females, who arrived at the zoo pregnant, gave birth. 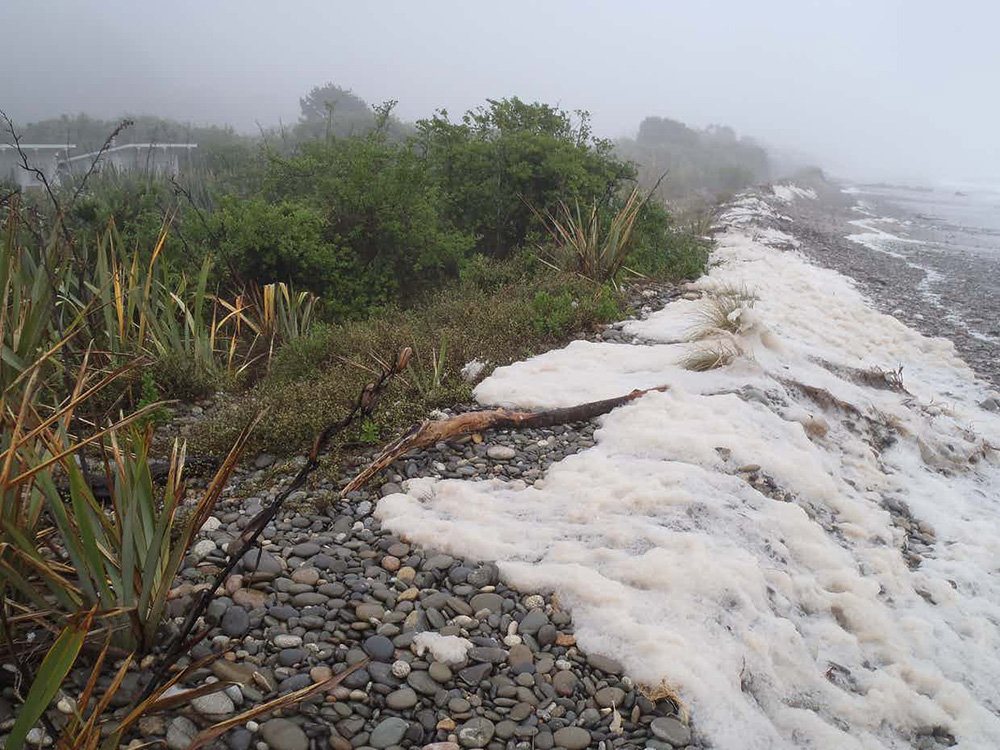 The Auckland Zoo plans to house these individuals for a few years until a strategy can be developed for captive breeding and reintroduction. Richard Gibson, the Curator of Birds and Ectotherms at Auckland Zoo commented:

Currently the programme might be considered an ‘Ark’–the last hope for a displaced species with nowhere to live in the wild–but soon we hope it will become an active breeding and release programme, restoring the cobble skink to its original, or as near as we can manage, home on the West Coast of New Zealand.

Although new or unidentified species are discovered fairly regularly, the discovery of a new species that can still be saved brings conservationists great hope. Auckland Zoo believes that in a few years the species will be released into the wild somewhere that invasive predators and sea level rise will not be an issue. For now, one more species has been saved from the threats of a rapidly changing environment.