How would you encourage kids to go into the field of science and conservation?

That’s one of the first questions filmmaker Jilli Rose asked me as part of producing her latest film, Bright Spots.

Island Conservation first met Jilli a few years ago when her film Sticky was making the rounds on the festival circuit earning honors and acclaims. In a roundabout way, Jilli Rose and Island Conservation already knew each other because Sticky is all about island restoration—what might have been and what could be. The leading character in Sticky is Dryococelus australis, a phasmid commonly known as the Lord Howe Stick Insect or Tree Lobster. That film brings us to the incredible Ball’s Pyramid, the tallest volcanic sea stack in the world, where scientists are looking for the elusive Tree Lobster. On nearby Lord Howe Island, the Tree Lobster has gone extinct due to predation by invasive, alien species. Everyone can’t help but wonder, did it survive on Ball’s Pyramid?

Jilli’s craft is story-telling, which she does with a remarkable sense of style, color, and optimism. So, Island Conservation jumped at the chance to work with her on her next film project aimed at exposing children to the wonders of science, and the kinds of jobs that scientists do. Jilli’s mission is to help make science, and careers in science, more accessible to kids. Islands, the plants and animals found on islands, and the impact invasive species have on them, are a great medium to explore that goal – why do invasive species lead to extinction on islands? How can we change that?

In November 2014, I was lucky enough to attend the World Parks Congress in Sydney, Australia. Jilli and I met up one sunny afternoon and sat under a tree with a tape recorder. Jilli prompted me to tell a few stories about my own experiences and journeys, and about islands and conservation, drawing me along a story arc she already had in mind. After that meeting, she took those words, and crafted the story with incredible moving pictures—drawings, animations, and editing—to produce Bright Spots. No small task!

The final product is amazing, so much so that it was selected for inclusion in the San Francisco Green Film Festival, a real tribute. I’m excited by Bright Spots because of the goal—to expose kids to the larger world of conservation science and island restoration, and to consider that there is reason to be optimistic about the future of our world.

Bright Spots will premiere at the San Francisco Green Film Festival on April 16, 2016 at the Roxy Theater in the Mission District. I’ll be there to help introduce the movie and take a few questions, and it would be a pleasure to have you join us for this evening of conservation films. You can buy tickets to see Bright Spots at the San Francisco Green Film Festival here!

Check out Jill’s previous film Sticky about the Lord Howe Stick Insect below:

Sticky from jilli rose on Vimeo. 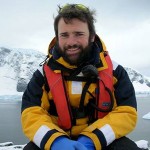